Is the FBI Telling The Truth About the Iceland Bulger Tipster? 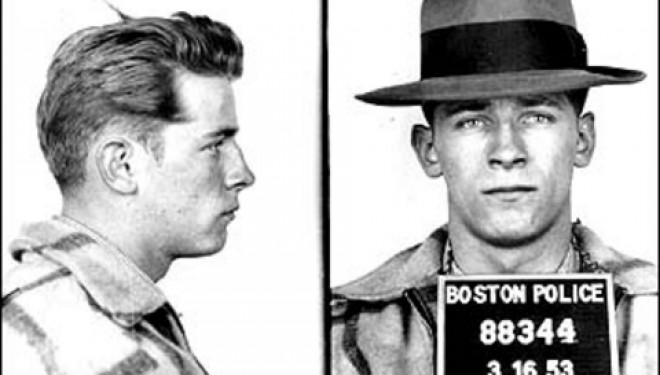 Did the tip that brought down an infamous Boston crime lord really come from Iceland?

According to the FBI, a woman in Iceland called the bureau after seeing a bureau publicity piece on CNN.

The FBI isn’t releasing the tipster’s identity or connection to Whitey Bulger, the murderous Boston mob lord and inspiration for the movie “The Departed,” who spent years on the run.

What seems strange is how a woman in Iceland knew Bulger was hiding in Santa Monica, California.

According to several media reports, the woman was in Santa Monica for a visit when she came across Bulger and his girlfriend. When the woman later saw the report, she remembered the crime boss and contacted the bureau.

The FBI’s Story About the Iceland Tip

According to the FBI, the tip came into the FBI’s Los Angeles office on June 21 and was deemed credible. Agents then set about trying to track down and nail Bulger.

The next day, agents found the mob boss and his girlfriend, Catherine Greig.

During his 16 years in hiding, Bulger was known to frequent beauty salons and agents believed he might have had plastic surgery. He was indicted in 1995 on murder and racketeering charges.

Authorities believe Bulger was personally responsible for at least 19 murders. What was particularly troubling for the FBI is the fact that ten of those murders were committed while Bulger was a paid FBI informant.

This has many questioning whether the story surrounding the tip and subsequent arrest is actually true.

Holes in the FBI Story

“But there are too many holes in the abysmal story we were told at an embarrassing press conference last week after Whitey Bulger’s capture to make the feds’ assertions stick.

Let me get this straight. Whitey is on the lam and he happens upon a swanky place just three blocks from the beach that just happened to be rent-controlled. Because rent-controlled apartments on the Pacific Ocean are so easy to come by, where the management apparently takes cash and doesn’t do background checks. In a neighborhood near Bulger’s niece, Mary. A short walk to a famous Boston-themed barroom Sonny McLean’s, where the owner is now selling T-shirts that read: ‘I saw Whitey at Sonny’s.'”

“I smell an FBI safe house. Don’t forget an FBI tip sent Bulger on his merry way in the first place.”

Then you’ve got those that offered the FBI tips in hopes of earning that substantial reward that was placed on Bulger’s head. Keith Messina of Las Vegas told reporters that he’d tipped off the FBI long before they had launched their media campaign.

Michele McPhee concluded, in her Boston Herald commentary, that there needs to be an investigation of how the FBI really handled this case through the years, and how all incoming tips related to Bulger were treated. She concludes:

“It may be true that the new crop of agents and federal prosecutors are clean and wanted Whitey. But there are too many unanswered questions about how he got away in the first place that should make U.S. Attorney Carmen Ortiz want to hand this case to an independent body, so the taint of the dirty Boston FBI office of the past does not leave a stench all over the work the feds are doing in this city now.”

At the time of his arrest, Bulger and his girlfriend were living in an apartment where they stuffed both guns and cash in the walls. He’s 81-years-old today, finally facing justice decades after his murderous reign sent terror through the streets of Boston.

While it may be some time before we learn more about the alleged tipster’s connection to Bulger (if we ever do), if she was truly the tipster, it isn’t hard to understand why the FBI wanted to keep her identity a secret.

After all, Bulger is a man known for snuffing out informers with violent impunity.

Credits: This article was a collaboration between TSW writers Ryan and Ben