What Exactly Does an NSA Agent Do? 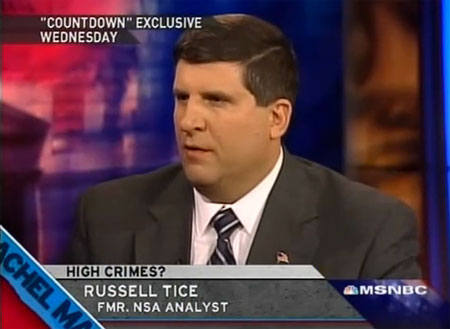 At the National Security Agency headquarters in Fort Mead Maryland, there’s a memorial carved into a plaque reading: “They Served in Silence.”

Below that plaque, the names of at least 163 fallen NSA agents are listed.

Most of the agents died on top-secret missions, well beneath the radar of public consciousness.

Despite the occasional declassified report or piece of leaked information, most of us know very little about what goes on inside one of the most expansive intelligence-gathering operations on the planet.

Under the Department of Defense, the NSA is tasked with the collection, tracking and analysis of foreign communications, although the agency has also engaged in warrantless wiretapping on U.S. soil.

By law, the organization is only allowed to monitor foreign communications, but the agency’s expanded scope went largely unchallenged following the September 11 terrorist attacks.

With agents all over the globe, most of us really have no idea what exactly those agents do. However, in a world where the constant threat of terror looms, one thing in clear: the NSA is always hiring.

According to the NSA website, the group “has exciting opportunities available in a wide variety of career fields.”

First and foremost, the NSA bills itself as a code-breaking and making agency. Its responsibilities are government wide.

According to the site, employees gather and analyze foreign intelligence, protect the United States’ information systems and perform other tasks critical to helping keep the world safe.

But the NSA hasn’t always lived up to its noble claims.

The NSA Spying on Americans

In 2008, two NSA agents admitted to ABC News that they were tasked with spying on Americans.

David Faulk said he had listened to personal phone calls of American officers in Iraq’s Green Zone who were calling home to speak with their families and girlfriends.

Co-workers were actually ordered to transcribe personal phone calls, even when the subject matter was obviously personal and a clear invasion of privacy.

Former NSA agent Adrienne Kinne also told ABC News she was forced to spy on Americans. Her job was to listen to hundreds of phone calls made by Americans in the Middle East who were calling home.

The list included journalists, aid workers and military officers. She called a Bush administration claim that only al-Qaeda suspects were targeted for wiretapping “a complete lie.”

According to Faulk, personal conversations even became fodder for bored employees, who would get a kick out of recordings involving phone sex or other personal matters.

Unfortunately, not much has changed since President Obama took office. In fact, it seems the reach of the NSA’s ability to spy on Americans is only getting longer.

According to a CNET report, the NSA has plans to “protect” the privately owned Internet servers of banks, transportation and utility firms.

Officials say the move is simply an attempt to protect American industry from cyber attacks, which the NSA claims is becoming yet another battleground involving rogue states, terrorists and even major nations.

Of course, what many civil rights advocates are worried about are the possible abuses of such a program. To what extent will online communications be monitored? Monitoring civilian networks poses the same privacy issues as the warantless wiretapping program, which the NSA clearly abused.

It still isn’t clear whether the NSA will ask for oversight and authority of online network operators and what kind of access they will want when gathering communications and personal information.

If the wiretapping fiasco is any indication, the NSA will probably want the power to peruse your entire inbox, if so inclined.