Chinese Company Corruption in the US Stock Market

In an effort to access cash, Chinese companies have increasingly been attempting to list their stocks in the US market.

The problem, however is that due to several factors, many of those Chinese companies that recently have come to the USA to raise funds have also been accused of fraud, causing a significant credibility crisis with Chinese stocks in the US market.

The ensuing market sell off and drop in US-listed Chinese companies has cost American investors billions. The genesis of the problem was in reverse-mergers, which are basically a way for companies to enter the US stock market without going IPO (an example found here[7]).

This process, it could be argued, allows for less due diligence for these companies – companies in whom we sometimes trust our own money for our retirement.

In many cases, these Chinese firms had only recently hired a Chief Financial Officer or CFO and support staff (8). The result was sloppy financial reporting (9), and perhaps worse.

Since 2007, more than 150 Chinese companies have entered the US market and have successfully flown below the radar, until allegations of fraud surfaced.

Since those allegations, the combined market for these stocks has dropped 44% (10), and representatives from the SEC are meeting with Chinese authorities to discuss the oversight of China-based auditors.

But the problem, it would seem, was not limited to those US Listed Chinese stocks that have entered through reverse mergers. Disclosure Insight’s (DI) five year study of SEC filings for 27 China-based companies showed that 24 of these received negative ratings for various reasons (11). But only 16 of the companies studied were not reverse-mergers.

What is more astounding is that out of all the non-Chinese companies DI studied, only 6% received DI’s worst rating while 56% of the China-based stocks did (12).

The situation for China-based companies is so grave that DI’s Gavin said:

“Since we first started producing D.I. Reports in 2009, our risk profiling discipline has consistently compelled us to assign negative ratings to the vast majority of Chinese companies that we have reviewed. [snip]

Upon updating our reports through this spring and summer, ratings for some of the companies have deteriorated as fraud allegations, auditor resignations, and other negative events have been reported.” (13) 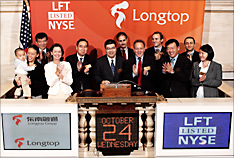 Companies like Longtop Financial (explanation here (14)) and Sino Forest (a Toronto-listed company) both entered the market through conventional measures and were audited by blue chip firms, which makes their demise scarier yet.

If John Paulson’s hedge fund can make a loss of U$750 million on a Chinese investment, then what chance does a commoner stand?

Looking at the Chinese debris that litters the NASDAQ, one cannot help but wonder what the genesis was for the almost irrational rush to buy Chinese stocks.

And the bad news is that there is more bad news.

According to Disclosure Insight, there is a “pattern of significant, chronic, and disproportional risk from companies listing here from China, spanning many industries, and included some of the larger and better‐known names.” (15)

According to Paul Gillis, a professor of accounting at Beijing University, “There is a growing amount of concern over Chinese companies listed in the U.S. through regulatory holes. It’s all coming together in a big storm now.” (16)

Apparently Mr. Gillis’s concerns are not without merit, for by the middle of May, the NASDAQ halted trading of 21 stocks, and 17 of those stocks were China-based companies. And the SEC has even gone as far as warning investors against investing in Chinese firms that list their shares via reverse mergers (17) but have also launched an investigation into US accounting firms to see if they have been complicit in the fraud (18).

It would appear that after waking up with a ‘Chinese stock buying hangover’, investors are now rightfully more wary.

People seem to now realize that having limited access to key information, as one can have when investing in a Chinese stock (19), can lead to dire consequences.

Were we acting on bad information? Or is it human nature to try and grab a piece of the pie?

Why would we, as a people, rush headfirst into the financial disaster that ensued? If one had bought all 68 US-listed Chinese companies that went IPO since 2008, one would have suffered a 24% loss. Investing in non-Chinese IPO’s would have garnered a 25% return on their investment (20).

What was the reason for this irrational exuberance? What is the problem With Chinese Stocks and why do we not get good information?

Coming from the US, we may presume that all markets are equal. Just as our companies must abide by SOX and all of its provisions, we presume this to be true of all stocks listed on our exchange.

In addition, we may assume that all companies selling stock in the US market must abide by the same accounting standards and laws since the home-grown Enron scandal. But in China, this is often not the case.

Under the SOX, all public companies whose shares trade in the US must use registered auditors. This stipulation counts for companies both foreign and domestic. If this is true, then why did so many fall victims to fraud?

Unnoticed Fraud – Something is Amiss

While many of the reverse mergers were audited by smaller firms with fewer employees, the same cannot be said of Longtop and others. Could it also be said that like many consumers, the big accounting firms also rushed headfirst into the Chinese market all in the name of grabbing a slice of the world’s second largest market? 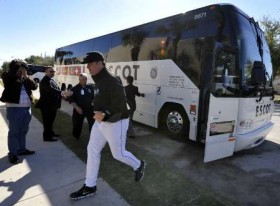 Something must be amiss, for as of March, 30 U.S.-listed Chinese firms have had their auditors resign, and 20 have been delisted from exchanges according to the PCAOB (21).

According to the auditors who had resigned from the Chinese companies, they had concerns about the accuracy of information provided by their clients (22). But if we have SOX and rules to prevent this sort of thing, what has happened within China-based companies?

As I had learned upon arrival in China, Chinese companies tended to play fast and loose with their financials, and there did not seem to be credible oversight.

However, that was in China. Could it also be possible in the USA?

For instance, one of the biggest problems in dealing with oversight of a China-based company is access to paper work. This fact is even further buttressed by the notion that according to the People’s Republic of China, allowing US mandated inspections of audit companies operating inside China is a “Violation of its sovereignty” (23).

In other words, the communist government of China is not allowing American auditors to properly do their jobs.

While the SOX has allowed US companies to crack down on corporate crime, it has not been extended to China, leaving US auditors in a lurch. And if this were not bad enough, the SEC’s counterpart in China, the “China Securities Regulatory Commission” does not have enforcement authority over many of the companies accused of fraud, because they only sell shares in the United States (24).

Worse yet is that proper due diligence can be difficult when some Chinese companies will actually falsify their data.

An example of this comes from Paul Sin of Deloitte, as he was told that in the books of one company, “…there was fake revenue in the past so there was fake cash recorded on the books.” (25)

Indeed it would appear that no level of due diligence can pierce the Great Wall of China that surrounds the reality of their bookkeeping.

“…investors have found that no matter how much due diligence they’ve done using the corporate filings of China Inc., it hasn’t mattered. Because when a company’s filings contain make-believe or exaggerated data, your analytical prowess is for naught.”

This is a phenomenon he now calls “Red Collar Crime” (26).

Things have gotten so bad that Anthony Bolton has said that, “..deciding whether Chinese company executives and accounts told you the whole story was a real ‘challenge’.”

“In the West, maybe 1 percent of companies have integrity problems or you can’t take what the management tell you as being the reality. In China…it’s significantly bigger. (27)”

Part of this divide may emanate from the fact that Directors of Chinese companies, due to their history, may not have the same level of preparation as their counterparts in the west.

In addition to their lack of independence, a small portion of them have significant and relevant industry experience (28). What is worse is that these Chinese officials may not have set up an adequate support staff as per custom (29). 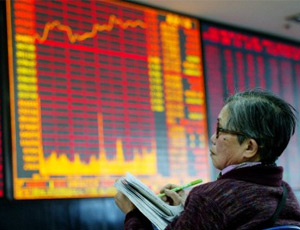 Most would agree that there is a higher level of confidence in the financials of companies from the west (30) as opposed to China, and much of that stems from the perception of lax governance policies on the part of China’s governing bodies.

Many of the leaders of China’s companies may have gotten accustomed to utilizing guanxi to achieve results, while proper accounting may have fallen by the wayside.

Thus, it can be alleged that the Chinese directors need to be better educated in the nuances of finance, and may not want to question the veracity of financial reports provided them (31).

The differences are dramatic, for while an executive from the US can now be held liable for signing off on falsified data, not much can be done to Chinese executives in the same position. As a matter of fact, it is very difficult for the Justice Department to indict and bring to justice a Chinese executive (32).

Worse yet, some of these people who have companies listed in the US feel they do not need to answer to the SEC, and their questions are too intrusive (33).

And in the event of a successful lawsuit one can only hope that the Chinese company in question has US based assets, for Chinese courts are not accustomed to enforcing our court orders (34).

The impact of this is that, should a US listed China-based company be found guilty but has no US based assets, the defrauded investors will get nothing. The question becomes, ‘Just how far does the deceit go?’

Next Time: Chinese Complicity and the System