The CIA is releasing the long secret history of the Bay of Pigs Operation thanks to a Freedom of Information Act lawsuit filed by the National Security Archive at George Washington University.

The CIA finally released a massive four volumes of its official history of the invasion.

Peter Kornbluh, who directs the Cuba Documentation Project at the archive, describes the documents as the last remaining secret records of an act of United States Aggression against Cuba.

The second volume in the collection offers detailed accounts of the negotiations and tensions between the US and other countries involved in the failed assault.

That includes efforts by the Kennedy administration to get Guatemala on board with the operation and the buying off of Nicaragua to support the covert 1961 mission.

The mission was launched as an attempt to overthrow the Cuban government led by Fidel Castro. Cuban exiles were trained by the CIA to invade southern Cuba. However, the forces were defeated within three days by Cuban forces trained by and supplied by eastern Bloc nations.

The plan was officially named Operation Pluto and was carried out less than three months after John F. Kennedy as sworn in as president.

The CIA Director Allen Dulles was sure the CIA could plan and launch an invasion that would knock Castro out of power. Using Cuban exiles would allow the United States to deny involvement once the mission was over.

The Cubans knew the invasion was on the way, thanks to some talkative brigade members and through the work of their own intelligence services.

On April 17, four transport ships carrying 1,400 Cuban exiles landed on Cuban soil. They immediately came under heavy fire. Within the first 24 hours, Castro sent 20,000 troops toward the beach, and when Kennedy sent in air support, those planes were shot down.

Roughly 1,200 Cuban exiles trained by the CIA were captured and more than 100 were killed.

For 20 months following the invasion, the exiles remained in Cuban captivity while the Kennedy administration negotiated for their release. Eventually, a deal was struck to trade food and medicine for the prisoners.

Now, the National Security Archive is unleashing a slew of new details about the attack.

The archive filed a lawsuit back in April to have the volumes declassified. The documents were compiled between 1974 and 1983 after former CIA Director William Colby ordered the agency’s history staff to put together accurate accounts of the CIA’s involvement in the debacle.

A Summary of Released Documents

The history was written over the course on nine years and put into five volumes.

The first document is titled “Official History of the Bay of Pigs Operation, Volume III: Evolution of CIA’s anti-Castro policies 1951 – 1956.” 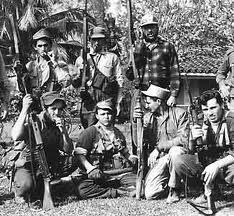 It is a comprehensive history written by historian Jack Pfeiffer. The document was discovered in 2005 by political science professor David Barrett.

The other documents further dive into the debacle and highlight relationships between the United States and Cuba. Document 4 details the first CIA Task Force meeting to plan what would become the Bay of Pigs debacle.

Document 5 outlines a program of covert action against Cuba and the Castro regime that included the training of paramilitary forces that American officials hoped would successfully overthrow the Castro regime.

Document 7 highlights conversations between president Kennedy and his brother, Attorney General Robert Kennedy. The two discussed worries over a Senate investigation that threatened to reveal the fact Kennedy had authorized the use of American jets, aircraft carriers and bombers in the Bay of Pigs attack.

The above summary is just a small sample of the impressive volume of information that the National Security Archive is finally revealing through its successful lawsuit.

We are bound to learn more as historians continue to pour over and study the released documents.