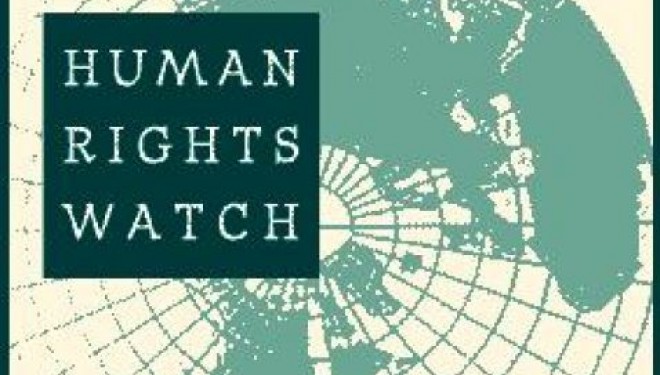 Human Rights Watch is calling on the Organization of Islamic Cooperation to take action against Syria for its systematic and brutal suppression of civilian protests.

“Syria, a member of the OIC since 1970, has for four months now made a mockery of its international obligations with unlawful killings, disappearances, torture, and sieges on whole cities, towns, and villages,” said Sarah Leah Whitson, Middle East director at Human Rights Watch.

Sarah continued, “The OIC should immediately take action against this member state.”

In the letter, the group says OIC should immediately send a delegation to Syria to investigate a growing number of humanitarian abuses and crimes and should condemn the violence against civilians in the strongest terms possible.


Use of Lethal Force

Human Rights Watch is also calling on the OIC to issue a statement ordering policing forces to use lethal force only when it is strictly necessary for the protection of life.

The letter goes on to remind the OIC that killing civilians is a strict violation of the organization’s charter.

Syrian President Bashar al-Assad is facing increasing pressure from the West and his own people to step down. Assad has answered protests with violence as calls for his resignation increase.

The United States put pressure on Syria by banning oil imports and the EU is expected to follow suit.

But the OIC has yet to issue a statement condemning Assad’s violence or ordering him to put the killing to an end. The organization, based in Saudi Arabia, has 57 member states and represents more than 1.5 billion Muslims. It is the largest inter-governmental organization outside of the U.N. Still, the group has not spoken out against murder, violence and torture against the people of Syria as Assad continues to put entire cities under siege.

So far, the PIC’s secretary general has said only that he is “concerned” about the situation in Syria, but at the same time laid blame against civilian victims, saying all parties need to preserve the “cohesion and unity of their country.”

Apparently, the secretary general does not think civilians should have the right to peacefully assemble in the streets, viewing them as instigators rather than victims.

It is past time for the world’s second-largest inter-governmental organization to act when crimes against humanity violate its charter. The lack of action by the OIC is inexcusable as people continue to suffer violence torture and unjust imprisonment at the hands of a tyrannical leader.