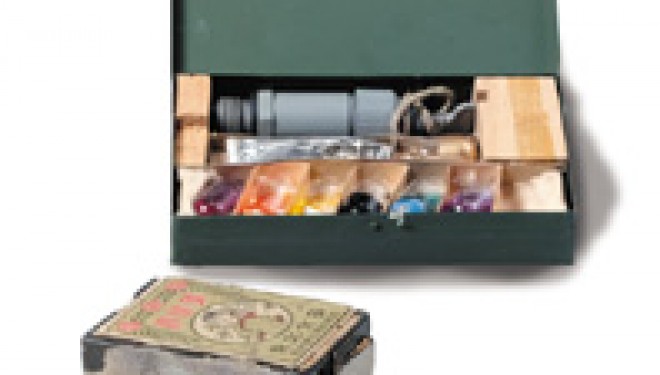 Before the creation of the CIA, the United State government relied on the OSS for their intelligence needs.

An acronym for the Office of Strategic Services, the OSS used to coordinate military missions behind enemy lines during World War II.

In an effort to succeed in these clandestine missions, the OSS devised and used a wide array of spy equipment.

Below are just some of the impressive spy equipment featured on the CIA’s Weapons & Spy Gear page.

Known as the J-E for short, this system was a high frequency radio that agent used to talk to air craft while behind enemy lines.

The system is made up of a hand held SSTC-502 transceiver used by a field agent and a SSTR-6 transceiver carried on the overhead aircraft.The transceivers were short ranged and were used on when the aircraft was in proximity to the agent.

When the two were in proximity of each other they would transmit over the VHF band. The short range combined with the use of the VHF band made these secret conversations nearly undetectable.

This system was valuable that it was not declassified until 1976. 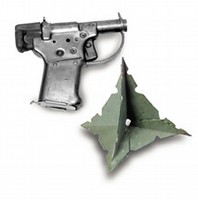 This single-shot 45-caliber pistol was widely used by OSS agents who had infiltrated various areas behind enemy lines.

The liberator was a favorite of government brass because it was cheap and easy to manufacture. Agent liked the firearm because it was easy to conceal.

The downside to the liberator was the fact that is came with an unrifled barrel, which limited its accuracy.

For this reason it was primarily used as an ambush weapon.

These time-delay fuses utilized a concentration of the acetone.

The acetone would eat through a celluloid disk that would release a firing pin to detonate explosives. This type of fuse was commonly used with limpet mines.

This was very dangerous spy equipment, according to Ultimate Spy, By H Keith Melton, “A limpet mine was a waterproof mine designed to sink or damage ships.”

Normally placed on the side of the ship with magnets, Keith contends that these bombs could blow a 25 sq. ft. hole in the side of a ship.

These are only a few of the gadgets used by the OSS during World War II. For more information on these devices and others visit the CIA website.