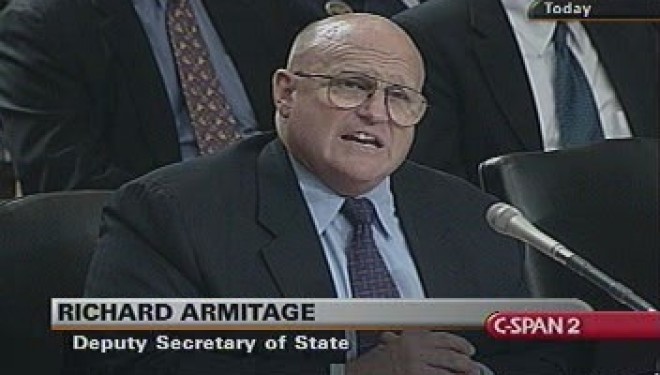 On the 10th Anniversary of the September 11th attacks, the National Security Archive posted an article along with several types of documentation outlining America’s response to the 9/11 attacks.

According to the archive, “As an October 2001 National Security Council strategy paper noted, ‘The U.S. should not commit to any post -Taliban military involvement since the U.S. will be heavily engaged in the anti-terrorism effort worldwide.'”

This decision was made barely a month after the attacks took place.

Regardless, the planning for such a war began the day after the attacks.

The day after 9/11, Deputy Secretary Armitage presented a choice to Pakistani Intelligence (ISI) Chief Mahmoud Ahmed, “Pakistan must either stand with the United States in its fight against terrorism or stand against us. There was no maneuvering room.”

This ultimatum was only one, in a series of plans, which the American government was making in the aftermath of the attacks.

Though the country’s leaders were in agreement that they needed to act, and act quickly, they did not always agree on the best course of action.

According to some of the memos posted by the National Security Archive, Secretary of State Rumsfeld was upset that the Department of Defense was forced to rely so heavily on the CIA.

The documents posted by the National Security Archive are fascinating reads that chronicle the strategy, decision-making, and the in-fighting immediately following the attacks. The documents provide amazing insight into the country’s reaction to those attacks.

Every detail was planned, right down to the movements of Vice President.

“A memo from Secretary Rumsfeld to General Franks expressing the Secretary’s frustration that the CIA had become the lead government agency for U.S. operations in Afghanistan, Given the nature of our world, isn’t it conceivable that the Department [of Defense] ought not to be in a position of near total dependence on CIA in situations such as this?”

For more information about planning and discussions in the days following the 9/11 attacks, make sure to check out the updated released documents at the National Security Archive.