According to a 1995 memorandum issued by the Advisory Committee on Human Radiation Experiments, in 1947, information concerning human experiments conducted during the Manhattan Project remained under wraps because release of that information was deemed “too embarrassing” to the U.S. government.

Given the fact that such reasoning behind classification of information was not that uncommon during the late 1940s and early 50s, this doesn’t come as a great surprise.

However, what does come as a shock is the fact that according to the final report written by the Advisory Committee, the patients that were experimented on in the 1940s, continued to be used as part of scientific research well into the 1970s, without their consent.

There is much to be said for the openness displayed by the Department of Energy for opening up these records to the public in an effort to establish and solidify the public trust, even in light of the unethical activities conducted in previous years.

However, the extent of the human rights abuses go beyond what most Americans realize or could fathom our government could have ever have been capable of. To make matters worse, the research took place in collaboration with academic researchers and with the support of those institutions.

In 1947, just as the University of Rochester was abandoning its human isotope program, the University of California continued on with the work, claiming that they obtained undocumented consent from the patients.

This, of course, was an aberration of the truth – Dr. Hamilton only told the patents that they were receiving injections of a new substance “…that had been used to control growth processes in patients, or something of that general sort.”

What he failed to mention was that the experiment with plutonium was more about observing the affects of human exposure and less about healing their Cancer.

Further Experiments in the 1950s

To add insult to injury, the early patients from the 1940s were faced with new follow-up studies at the University of Rochester, where researchers wanted to examine the distribution of plutonium throughout the body, and the patient’s excretion levels of the radioactive isotopes.

The early experiments remained classified, and so researchers hid the reason for those follow-up sessions from the patients. In one case – during the surgery of Eda Charlton – surgeons discovered a lesion inside her chest wall, so decided to remove one of her ribs for analysis.

In all cases, patients believed that they were receiving therapeutic treatment for their illnesses, while the main focus and the core motivation behind the medical treatment was for collecting scientific data about the presence of radioactive materials inside their bodies.

Additional University of California Studies in the 1970s

In 1972, Dr. Patricia Durbin reviewed and analyzed the old data from those early experiments, and due to the fact that the classified report had been reclassified as “Official Use Only,” she published a scientific paper about those old cases. 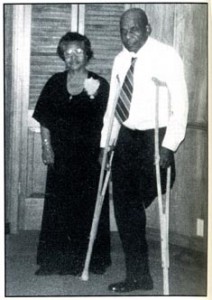 Her paper caught the eye of researchers at Argonne National Laboratory, where researchers decided to conduct a new round of research by following up with the patients yet again and obtaining “biological material” from them, as well as exhuming the bodies of the patients that had died.

In 1973, three patients were brought into the University of Rochester and examined for plutonium detection. Yet again, patients were not told what the follow-up examination was for reasons that were not at all related to their medical care. Scientists were only interested in the lingering effects of radiation injected into the human body.

In fact, in the case of the patient named Elmer Allen, the doctor informed him that the follow-up exam was “interest in the treatment he received at the University of California in 1947 for his cancer.”

The authors of the ACHRE report stated that the reasoning offered to Mr. Allen was “deceptive and manipulative,” because it implied that the series of studies were part of a “treatment,” and not part of some long-running scientific experiment.

Even the families of the exhumed patients were told that the radioactivity sensed from the remains were part of an experimental treatment for disease, and not the truth – that the injections were simply the first part of a long-running human radiation experiment.

While the actions of scientists in the 1940s come as little surprise, it seems inconceivable and tragic that researchers only about forty years ago were still unethical enough to continue on with the early research as though scientific understanding of a phenomenon is more important than human life itself.