Is the Obesity Epidemic a Weight-Loss Industry Fraud? 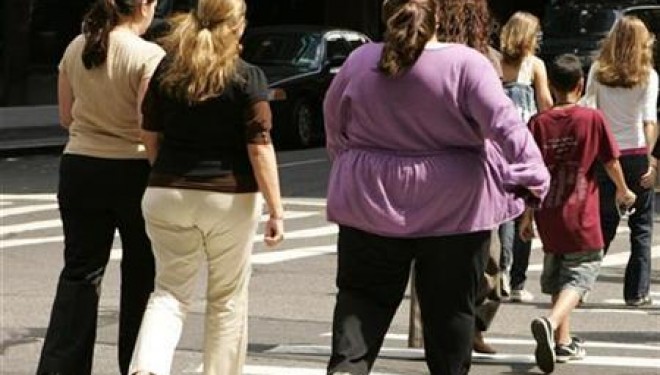 According to Centers for Disease Control and Prevention (CDC), approximately one-third (33%) of U.S. adults are obese and approximately 12.5 million (17%) of children and adolescents aged 2 – 19 are obese.

According to a 28-year study, which was published in Bloomberg, 68% of Americans were found to be seriously overweight or obese.

Although the data involving how many Americans are obese varies somewhat, there is common agreement that there has been a dramatic rise in obesity in the United States in recent years, and the health implications of being so overweight are serious.

While there is a common agreement on the severity and the gravity of the ‘obesity epidemic’ in the United States, there is no such common agreement about whether or not the problem represents “epidemic” proportions.


Is the Obesity Epidemic a Myth?

One individual researcher not only disagrees with the claim, but calls it a “myth.” This individual is Mike Schatzki, who believes that “the Obesity Epidemic” is a myth perpetrated by the weight-loss industry in order to make money.

So emboldened is Mike Schatzki to enlighten the world that there is no such obesity epidemic, that he has written a book about the alleged fraud.

His book documents how being fat is not a “disease”, that the definitions of ‘overweight’ and ‘obese’ were created by the weight loss industry, and that most health problems attributed to weight are actually caused by something else.

The book, titled The Great Fat Fraud: Why the ‘Obesity Epidemic’ Isn’t, How to Be Totally Healthy without Losing Weight and If You Should Lose Some Pounds, How to Keep Them from Finding You Again, focuses on the author’s two-year ‘action-orientated’ research that the whole infatuation with the ‘obesity epidemic’ is nothing but lies.

“Fad diets, weight loss surgical procedures, diet pills and The Biggest Losers are all part of daily life. This is our ‘Overweight States of America’. Try to escape the weight loss industry for just one day, you’ll find it nearly impossible. Around every corner, on every channel, Facebook page, and Twitter feed, you’ll find an ad promoting weight loss pills, ‘smart liposuction’, ‘gastric bypass surgery, and the newest in amazing plans to lose weight. We’ve gone from ‘America the Free’ to ‘America the Fat’.”

It is a sad but true fact that an overweight person’s pain is the weight loss industry’s gain.

It could be argued that, unlike the tobacco industry or the alcoholic beverages industry, the diet industry has the right to bombard the public with a marketing aggression in order to try and make people fitter, healthier and less prone to illness.

Despite Schatzki’s claims that the severity and health implications of being obese has been perpetrated by the weight loss industry. However, even without the backup of medical evidence, common sense says that an obese person cannot be in the best of health.

When improved health of non-obese individuals is backed up by research from the medical industry (as it most certainly is), Mike Schatzki’s revolutionary theories are shrouded in doubt and sensationalism.

How Obesity Can Damage Health

There is a plethora of information, research and expert advice advising that obesity can seriously damage one’s health. However, one study that stands out for its definitiveness, was a study conducted at the University of Glasgow in Scotland.

The researchers involved in the study concluded that obese, middle-aged men are:

“60% more likely to suffer a deadly heart attack compared to non-obese men of the same age, even after factoring out conditions including cholesterol, blood pressure and other common risk factors.”

This firm ‘evidence’ from research carried out by experts in the field of medicine, diverges significantly with Mike Schatzki’s less definitive and less credible ‘two-year study’, in which he came to the conclusion that health problems attributed to weight are actually caused by “something else.”

It appears that Mr Schatzki has dabbled in many a ‘controversial’ affair.

His varied career has seen him range from being a professional speaker, a professional negotiator, an environmental lobbyist, and a best-selling author. Now, of course, he is on  a one-man quest to inform the world that their weight will have no impact whatsoever on their health.

However, there is something intriguing about Schatzki’s revolutionary ideas, and how doctors around the globe could ‘get it so wrong’.

Of course I could always spend $16.95, buy the book and satisfy my own curiosity, but then that would essentially be spending money on an industry that Mike Schatzki himself so passionately insists is out to rip us off!

Who exactly ripping off whom?