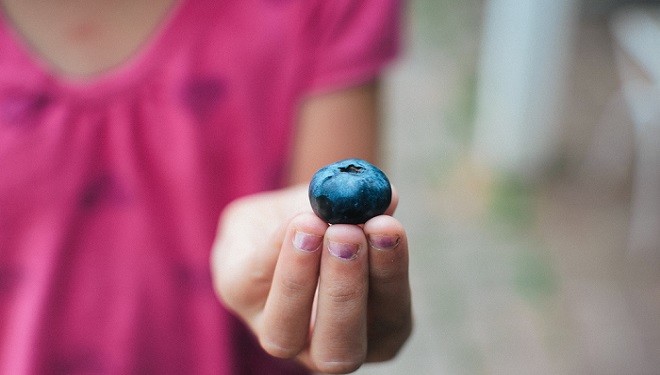 Recent research from the City of Hope in Los Angeles offers new evidence that blueberries can fight cancer.

Animal testing showed that blueberry powder was successfully used to inhibit the growth of an unusually aggressive form of breast cancer cells, for which there are few medications to treat.

In the study, the amount of blueberry powder used was equivalent to about two cups of fresh blueberries a day. This amount showed a 75 percent reduction in tumor size.


An Abundance of Research

While this is exciting news, it isn’t a huge surprise.

In the case of cancer, tumors are fed by surrounding blood vessels and, in time, produce their own blood vessels with angiogenesis promoters.

As early as 2003, wild blueberries and other mixed berries were found to have anti-angiogenic properties. Angiogenesis inhibitors have been used to treat cancers as well as other illnesses that are fed by groups of blood vessels.

Further studies in 2005 and 2006 found that blueberries showed promise in the treatment of prostate cancer as well. In study after study, blueberries have been shown to adversely affect cancer cells with no physical side effects for the patient.

Since there are many fruits and berries that act as antioxidants, why the fuss over blueberries?

When tested against 40 other anti-oxidant rich fruits and vegetables, blueberries came out on top with the highest ORAC score of them all. ORAC is the measure of the oxygen radical absorbance capacity of certain food, or how effective those foods are at eliminating free radicals in the body.

Free radicals cause cell damage that can lead to cancer as well as other diseases.

Despite these findings, scientists still say more studies are needed. The National Cancer Institute states that information is unclear from existing studies investigating antioxidants and cancer.

Yet, the medical establishment is happy to recommend, and require in some cases, the use of chemotherapy drugs that can be as deadly or more deadly than the cancer itself.

The FDA’s Next Move

With the public now armed with this possibly life-saving information, it will be interesting to see how the FDA handles these studies in relation to blueberry producers, who may be tempted to inform consumers about the benefits of blueberries immediately.

Back in February, 2010, the FDA sent a warning letter to Diamond Foods for truthfully stating that walnuts contain omega-3 fatty acids, which may protect against heart disease, lower cholesterol and ease inflammation.

Part of the warning letter stated, “We have determined that your walnut products are promoted for conditions that cause them to be drugs…”

This is not the first time the FDA has issued baseless warning letters to food companies and it isn’t likely to be the last.

So, enjoy your blueberries and the fact that they may protect you from cancer while you can. And don’t be surprised if blueberry sellers are not too eager to share their good news.

(1) Anti-angiogenic property of edible berry in a model of hemangioma
(2) Inhibition of cancer cell proliferation in vitro by fruit and berry extracts and correlations with antioxidant levels
(3) A list of studies from PubMed on the effect of blueberries on cancer cells.
(4) Warning Letter to Diamond Foods from FDA
(5) PDF of USDA Database for the ORAC of Selected Foods
(6) Food, Nutrition & Science: Blueberries May Help Fight Breast Cancer
(7) Consumer News Weekly