Will the Health Care Reform Bill Even Make a Difference?

Unless you’ve been living under a rock, you already know there is a lot of controversy over health care reform.

Supporters think it will reduce the deficit and improve health care for the uninsured segment of the population.

However, there are a number of experts who feel it will only make things worse.

One complaint about health care reform is that it will distance people from the actual cost of the care they receive.

While subsidies may make it easier for uninsured families to get health insurance, it does not reduce the cost of health care.

However, if consumers are not paying for their care, then they are likely to expect more care that may not be necessary regardless of the actual cost involved in providing that care.

The difference between the cost of health care and the amount the consumer pays is referred to as a healthcare wedge.

According to economist Dr. Arthur Laffer:

“Mr. Obama’s health-care plan does nothing to address the gap between the price paid and the price received. Instead, it’s like a negative tax: Costs rise and people demand more than they need.”

Dr. Laffer predicts this increase in demand will cause the costs for care to go even higher than they are now. If those receiving the subsidies are not footing the bill, who is?

In order to pay for the new health care plan, there will be an increase in taxes. Insurance companies will pay a 40 percent excise tax on higher-end polices, and families that make over $250,000 a year will have to pay a tax on investment income.

While higher taxes for businesses and the wealthy might sound like a good idea, these increases are more than likely to trickle down, resulting in higher costs for the rest of the population.

Dr. Laffer also makes a dire prediction regarding the result of extra taxes on businesses and the wealthy.

“…Health-care recipients will lose their jobs as businesses can no longer afford their employees and the wealthy flee.”

As costs increase, the government may add yet more taxes to compensate. They already implemented a tanning tax for indoor tanning services. What will be next? 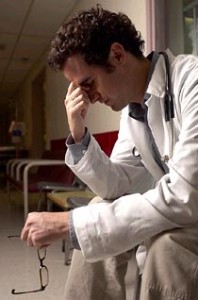 The Effect on Care

There is some concern that the influx of new patients may be more than the medical community can handle, and this could have a serious effect on the quality of care they can provide.

Already over-worked doctors may choose to leave medicine. Even if that number is small, the result could be less care instead of more care for Americans.

In fact, according to a survey conducted by The Medicus Firm, 46 percent of primary care physicians indicated they would leave, or try to leave, medicine due to health care reform.

Doctors feel that their workload will only increase while their income decreases. With the costs of malpractice insurance, student loans and other expenses, this could make it difficult for doctors to justify continuing.

Doctors will also have limitations such as not being allowed to refer their medicaid patients to hospitals they have ownership in. They expect even more paperwork with more stringent compliance and reporting requirements.

In fact, the subsidies used to help pay for health care could actually result in health care costs increasing. Fees will be added to health care industries and those fees will have to be recovered through higher prices for those goods.

Those who are essentially getting free healthcare won’t be concerned about what that care costs. But doctors and pharmaceutical companies will and could increase their fees accordingly.

One of the biggest controversies of health care reform is whether it actually violates the Constitution.

One side feels that it violates the personal liberties of citizens by forcing them to enter into contracts with private companies. Citizens are forced to purchase insurance even if they have no need or want of it.

One the other side, supporters of health care reform insist it is constitutional because Congress has the right to regulate commerce. Health insurance is commerce.

The final results remain to be seen, since these changes will take place over several years, but the question remains: When has increased government control ever had good results?

The more we allow government to control our every move, the more dependent we become and the fewer rights we will have.