Amazing Hopi Prophesy For Our Future 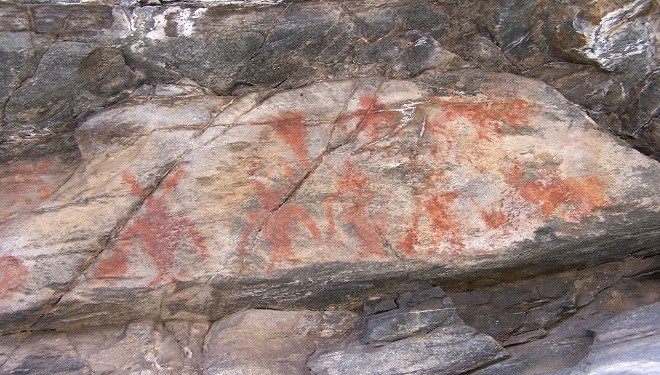 The prophesies of the Hopi Indians are fascinating to read.

Some believe that Hopi prophesy holds the key to the future and foretell of the end of the world as we know it.

It is impossible to know for certain if these predictions are true, but one fact is certain: each Hopi prophecy seems to mirror the prophecies of other cultures as well.

Is this a coincidence? Or does it mean we should take these prophecies seriously?

According to Hopi mythology, the world has already been destroyed and rebuilt three times. The first world was destroyed by fire. This is understood as volcanic eruptions world-wide that destroyed everything, allowing the world to start again.


Hopi Mythology and The Fourth World

According to Hopi mythology, we are currently living in the Fourth World, but it will soon be destroyed as well if Hopi prophesy is true.

According to the prophesy, there are nine signs that will be fulfilled before the end of the Fourth World. The signs are as follows:

1. The coming of the “white-skinned men who struck their enemies with thunder” was translated to mean the white man with guns.

2. The coming of “spinning wheels with voices” was translated to mean the arrival of Pioneers in covered wagons.

3. A “strange beast like buffalo with long horns” was the long-horn cattle brought into the region by the white man.

4. The land being crossed with snakes of iron was the railroad.

5. The land criss-crossed with a giant spider web was the power lines and phone lines of modern times. Although, it could also be interpreted to mean the world-wide web – the Internet of today.

6. The land criss-crossed with “rivers of stone that make pictures in the sun” is translated as the system of highways and the mirage effect that they have. 7. The “sea turning black and many things dying” because of it mirrors the oil spills that have done untold damage to the oceans and the life in them.

8. “Long-haired youths” who join the tribal nations to learn their ways depicts the 1960s Hippies.

9. Dwelling places in the heavens that fall with a great crash, appearing as a blue star is translated as the U.S. Space Station Skylab which appeared blue as it fell to the earth.

The Hopi believe we are getting ready to begin the Fifth World, called the World of Illumination.

All of these signs have allegedly seen fulfillment, so what is left of Hopi prophesy that relates to our future? Prophecies for the Future

Hopi prophecy describes a purification, where there will be great destruction all over the world.

Natural disasters, such as floods and earthquakes are said to be warning signs of this coming purification.

A Hopi leader, Thomas Banyacya, had the opportunity to speak to the United Nations in 1992. When he spoke to the leaders of the world, he said:

“If we humans do not wake up to the warnings, the great purification will come to destroy this world just as the previous worlds were destroyed.”

Banyacya went on to explain that we have two paths. One path represents technology, separate from nature, that leads to destruction.

The second path is harmony with nature that will result in a paradise.

He also spoke of big industry becoming careless, and how that will lead to a change in times. He reports that some people will look to “new lifestyles” to help them adjust to these changes.

— The Earth Robbed of Her Resources: The Chief also spoke of industry depleting the earth’s natural resources, with the belief that these things would never run out. This will lead to fuel shortages, food shortages and money having no value.

— Corrupt Leaders Hunted Down: Evehema warned that people would grow tired of corrupt politicians and would band together to fight for peace, realizing their political leaders had failed them. These leaders would be hunted down, and eventually they would even hunt each other.

— The Earth Restored: Chief Evehema spoke of a final battle, where liberators come from the west to cleanse the heart of the people and restore the earth. This battle is said to be the final battle between good and evil.

— World War III: Hopi prophecy also warns of a third world war started by China, India, Palestine and Africa. It says that the United States will be destroyed by a “gourd of ashes”, which could be taken to mean a nuclear weapon.

This will cause the waters to boil, the land to be burned and sickness that no medicine can cure. According to prophesy, the only ones who will be saved from this disaster are the Hopi themselves.

— Salvation According to many of the Hopi teachings, these prophesies do not have to be absolute. If the people of the earth learn to live peacefully and in harmony with nature, the destruction of the earth can be avoided.

Whether you believe in Hopi prophecies or not, this is wise advice.

As we see corruption in government as well as in business, it would seem that the best solution is to return to the basics – to seek out what is best for the planet and for those that live on it, rather than seeking out one’s own best interests.