China and the Cult of Mao

What is it about Mao? The man whose benevolent countenance peers over Tienanmen to this day.

Would others find it odd that the man whose face graces all Chinese bank notes from 1 RMB to 100 is the same person who engineered one of the biggest peacetime killing machines known to man?

Upon arriving in China, one notices the ‘cult of Mao’ everywhere.

With a fatherly appeal, he smiles down upon us from his perch near the Forbidden city and looks up at us each time we open our wallets.

His resemblance is hung from many of the hundreds of millions of houses in China. But far from being something akin to a brand, a thing to be sold, the Chairman is revered like few others before him.


The Pilgrimage to Mao

Chinese citizens make pilgrimages by the millions to Tienanmen to stare at the now pickled Mao in his glass coffin case. The reverence displayed verges on the incomprehensible.

His worshipers, many who, though poor, are willing to pony up several months wages or more and endure days or weeks perched in hard back seats in rickety old trains just to see the cadaver of the man that once ruled China.

Upon seeing the man they weep, they moan, but most of all they thank the man – China’s savior.

To the poor farmers who still plant rice by hand as their forefathers had done thousands of years ago, Mao was their savior.

After the tumultuous times that preceded the formation of China in 1949, the farmers felt abused by the hands of the local rich, as well as the famed ‘foreign invaders’.

It is Chairman Mao who these people thank for the China of today.

As they are quick to claim here, “No Mao, no China.”

Animal Sacrifice and Praying for a Mao Miracle

What more compelling proof of this does one need then the following:

“A fight between liberal intellectuals and pro-Mao activists broke out recently in Luoyang, Henan province when tempers flared over heated discussion of the legacy of former leader Mao Zedong and the impact of his policies on China.” (42)

As amazing as it may seem, this act of violence by Mao believers and their foe occurred on late September of this year. Chinese citizens are still passionately battling over the policies of Chairman Mao. But the cult of Mao does not end there.

Many are still found wandering the Beijing hutongs with their Mao hats and occasionally even Mao suits.

These are the people who often-times even have Mao altars in their houses. These are the same people who may also make a pilgrimage to Mao’s hometown, and it is there that they will pray to the helmsman and ask for a miracle or two.

It is said that some villages still sacrifice animals to the ‘Great Leader’ in the hopes that he can help them to father a boy or bring in an abundant crop – their belief hardly wavers.

Professionals too sing the praises of the man, and it is rare to hear a negative comment about Mao behind the formation of the People’s Republic of China. 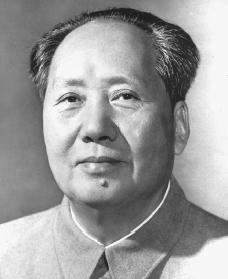 To some, he is seen as a misunderstood prophet of sorts as stated in one article by Henry C K Liu.

“Chairman Mao Zedong, the greatest revolutionary in modern Chinese history, has been unfairly vilified by the neo-liberal West, but he set a decaying China on the path to renewed greatness and provided a vision for a new China that will survive for centuries to come.” (43)

Interestingly enough, this quote comes from a man born in Hong Kong who now runs an investment firm in the USA, a testament at the depth and level of Mao worship that has evolved.

This should not be hard to understand when one views all of the publicity or ‘propaganda’ surrounding the great Chairman.

It has been said that although he warned people against hero worship, he achieved nothing less than this himself.

In the myriad of photos and paintings that surfaced in his time and after his passing, he was and is depicted as larger than life, fatherly and wise.

Those who interacted with him also appeared to have a glow, as if somehow blessed by his presence.

“The subjects were represented hyper-realistically, as ageless, larger-than-life peasants, soldiers, workers and educated youth in dynamic poses. Their strong and healthy bodies functioned as metaphors for the strong and healthy productive classes the State wanted to propagate.” (44)

What’s the Truth about Mao?

While the party does not criticize Mao, they must walk the tight-rope of disrespecting his legacy while undergoing new policies.

In China, the cult of Mao is still going strong. But what is the reality?

Setting aside what we see in China, one has to consider the reality of Chairman Mao and his life. Was he really the unkempt, dirty man who according to his doctor did not like to bathe, refused to brush his teeth, and spread STD’s to women seemingly without care? (45)

Are the tales of a lecherous (46) Mao, manipulated by his wife – a “B” film actress with a chip on her shoulder – true?

Did she play a role in manipulating the great leader into taking part in the cultural revolution, or was he too busy, as Halliday and others have inferred, with his bevy of concubines?

Is this the same Chairman Mao who allegedly slept with over 1000 women, and the one who supposedly liked to deflower young virgins in order to maintain his youthful vigor?

In many accounts, Mao was described as an unstoppable sex maniac, and in 1953 even ordered the People’s Liberation Army to provide a stream of young, attractive “recruits” for us purposes.

Mao did indeed have these “imperial concubines”, who lived in the Forbidden City, had a certain status, and were well cared for. However, most of Mao’s victims were warned by his bodyguards never to speak of what had happened — and sent packing. (47)

Once again, we may never fully understand the world of Chairman Mao, although many have tried.

For what the communist party is good at is burying her dirty little secrets – those inconvenient truths.

We can learn much from China based on how aggressively they deny acts that are subsequently proven to be true. Maybe this stubborn ideal of refusing to accept responsibility for the past describes the true horror of what they are hiding.

The same communist leaders and their children who created the Great Leap Forward, which ended the same year as the Cuban missile crisis, are still among us.

The same Red Guards, who rose through the ranks of respectability by terrorizing those who were not ebullient enough in their belief in Chairman Mao, are now at the age to become the next leadership of Chinese communist policy.

Although the hard core Red Guards were allegedly disbanded and sent back to the countryside, their impact still lingers.

Sadly enough, the Red Guard faction only totally disintegrated at nearly the same time the US had signed the Civil Rights Act of 1968 into effect, and the horrors of the Cultural Revolution only ended with the Presidency of Jimmy Carter.

After thousands of years of one party rule, maybe the Chinese Communists have learned that to show one’s weakness is dangerous. Perhaps the Chinese government believes that if all their dirty little secrets leaked out, that we may get what China has feared for over 5000 years – an unfettered glimpse at the sometimes unflattering reality of the country that is China.

As an added bonus, a non-comprehensive list of more current dirty secrets are listed here. These are all things that are ‘inconvenient’ for the Chinese government to admit.

–> The Chinese communist party is responsible for more deaths of Chinese than all other dynasties combined.

–> The communist party took the land from the monied land barons in the 50’s, and have now taken it back via land grabs, earning millions if not billions in the process.

–> China’s current leader, Hu Jintao, was known as ‘The Butcher’ for his actions in Tibet around the time of the Tieneman incident (48).

–> In addition, Hu Jintao’s son was allegedly involved in a bribery scam worth millions of dollars in Africa.

–> Xi Jinping, the next leader, has been called a mediocre student who did not officially graduate from High School, but was granted diplomas from Tsinghua – a famous Chinese university.

–> China’s “peaceful liberation of Tibet” – aka their occupation of the sovereign state – was undertaken to protect the Tibetans from “foreign invaders”, of which there were whopping total of ten in the entire land at that time.

It can also be said that Deng Xiao Ping – who is claimed as being the one who opened China to the world – with his decision to fire upon the students on June 4, 1989 at Tienanmen, prolonged the communist rule that to this day is the cause of death and abuse for an untold many.

But of course, you will find no official mention of any of these things if you live in China.

References:
–> (43) Henry C K Liu is chairman of the New York-based Liu Investment Group.  44http://chineseposters.net/themes/mao-cult.php
–> (45)  The Naked Truth – “But he was shocked by Mao’s lack of concern about transmitting a vaginal infection from one woman to another.
–> (46) Foreign Affairs
–> (47) Front Page Mag
–> (48) Pundita Blogspot