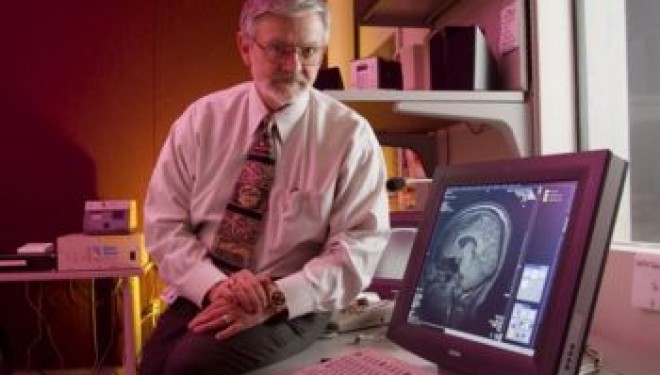 At a roundtable conference at The Royal Society in London on May 11th, 2011, Dr. Christopher Green of the Wayne State University School of Medicine delivered a talk titled, “Neuroscience Applications: Militaries, Intelligence and Law Enforcement”.

As part of the talk, Dr. Green outlined a number of ways in which “advanced bioscience” is being looked at by militaries around the world to improve the human performance improvement process, or to reduce the performance of the human enemy.

In 2011, the Air Force Research Laboratory’s 711th Human Performance Wing issued a call to researchers for research proposals in this field of study, warning researchers that the work “may require top secret clearance.”


Neuroscience and Biotech for Military Purposes

Ultimately, the United States intelligence and military power structure is somewhat concerned about the potential for foreign “adversaries” to develop cognitive-enhancing technologies that give the enemy soldier, pilot or field commander with a distict advantage over American soldiers.

As is typical for the U.S. military, the only defense against such a scenario is to develop the technology first.

According to a 2010 Wired article, “…the Pentagon has funded projects to optimize troop’s minds, prevent injuries, preemptively assess vunerability to traumatic stress, and even conduct ‘remote control of brain activity using ultrasound.'”

Remotely controlling the human brain isn’t a new desire for the U.S. military.

The History of Neuroscience and Mind Control Research

In 1975, Walter Reed Army Institute of Research (WRAIR) conducted the use of pulsed EM microwaves directed at the human head in order to induce a “buzzing” auditory effect.

The hope of military funders was to establish a form of transmitting voice messages wirelessly directly into the brain of a target human.

Unfortunately, the required microwave power was too high, making the application of such technology completely unpractical.

The organization that funded much of the EM mind control research throughout the late 1990s was none other than the Air Force Research Laboratory.

The fact that such research was funded by the U.S. military a decade ago makes it all that much more likely that more advanced levels of electronic mind control research is currently being pushed not only by the Air Force Research Laboratory, but likely many other branches of the U.S. military and intelligence organizations as well.

In an effort to get a better grasp on the current state of such research – either by the U.S. or by foreign governments, I contacted Dr. Green for further comment.

Ryan: On the bottom of page one of your report, you mention some of the often-hidden areas of the neurological enhancement market that is growing “off-shore” that seeks enhanced performance and preventing decline. Are you at liberty to elaborate on some of those off-shore areas that are under development?

Dr. Green: Primarily these are in four areas of interest: Genomics, the selection of genes and snps that are statistically related to personality traits as judged from psychological test instruments; proteomics, especially in the determination of the neuroimmunmodulators that alter the elaboration of proteins related to longevity, cognition, and physical endurance; neuroeconomics, in which the latter two are focussed on the mid-brain center of reward and risk-taking as a function of the genes and proteins associated with emotionality; and modulation of sleep-wakefullness cycles.

All these four are heavily focused on performance enhancement in terms of rapid cognitive decision-making, alertness and muscle strength and coordination.

The laboratories are primarily military, and thus expected to have that domain at most interest. The work is sometimes but seldom published, the results when so published refer to a past decade of hidden work, and the quality of science is good, but not as “great” as in the West.

That said, the work is done with a paradigm of “hypothesis generation” and pilot experimentation, and not hypothesis testing as done in the West. So it tends to be faster, and less strictures for funding are required. Much of the work would not be approved in the West by Institutional Review Boards for ethical reasons. Performance under pain management is one example.

Ryan: You make an excellent point that in some countries, legal constraints for ethical reasons prevent American researchers from even exploring certain potential applications of using neurotech products as part of the human performance improvement process or degradation. Do you personally feel that those ethical constraints (and foreign nation’s lack thereof) can potentially put us in a situation that could put as at a significant military disadvantage on the battlefield in the near future?

Dr. Green: No. I do not see a future of warfare, or even special operations in which marginal enhancements (say, up to a potential maximum of 20%) will be decisive.

Ryan: In your Executive Summary, you mention that things haven’t really changed much in terms of the foreign threat from technology development, providing examples like nuclear weapons and chemical or biological weaponry. However, you also conclude that we are no longer “uniquely the best and the brightest”. Could you elaborate on why you believe that is now the case today?

Dr. Green: Because our funds going forward are seemly limited, we have turned to an academic model in which Science, Engineering, and Math is primarily taught in US schools to foreign nations: less that 10% are US Citizens. Thus, there is a much lower pool of US-trained US citizens to support future discovery. Therefore Innovation is and will continue to shift toward the East. I believe this will be economically, and not militarily critical.

Despite Dr. Green’s optimistic views, based on some of what WC has written here in the past about the ethics of Chinese Communists (or lack there-of), and compounded with known, documented evidence detailing the U.S. government’s propensity to attempt developing threatening technologies before our adversaries can develop them, readers could be forgiven for suspecting that such dangerous and unethical neuroscience and biological technologies are already well under development.