How the NORAD Santa Tracker Got Started

For the last 56 years, American and Canadian children have been able to track Santa Claus on his nightly run across the world.

To this day, boys and girls can stay up and track Santa across the globe by using every tool of modern society that is at their disposal.

Children can use phones, radio, television, and even the Internet to know exactly when Santa Claus is coming to town.

It all started when an ad was run in a Colorado Springs newspaper telling children they could call Santa; however, the number was to the Colorado Springs’ Continental Air Defense Command (CONAD) Center.

The Colonel on duty, who was being inundated with calls, told his staff to give the children Santa’s “current location”.


The History of Tracking Santa

Tracking Santa was a big hit with the kids, and the North American Aerospace Defense Command (NORAD) took over the responsibility two years later.

From then on, children have been able to track Santa on Christmas Eve.

Numbers were published in papers to call, announcements were made on the radio, and even local television station would announce Santa’s location during the local weather broadcast.

For decades, the Santa Tracker was popular.

Even today, the program remains widely popular. It has been estimated that the program handles more than 12,000 e-mails and more than 70,000 telephone calls from over two hundred countries and territories.

The program does not receive any federal funds, and is operated entirely by volunteers and corporate sponsorship. 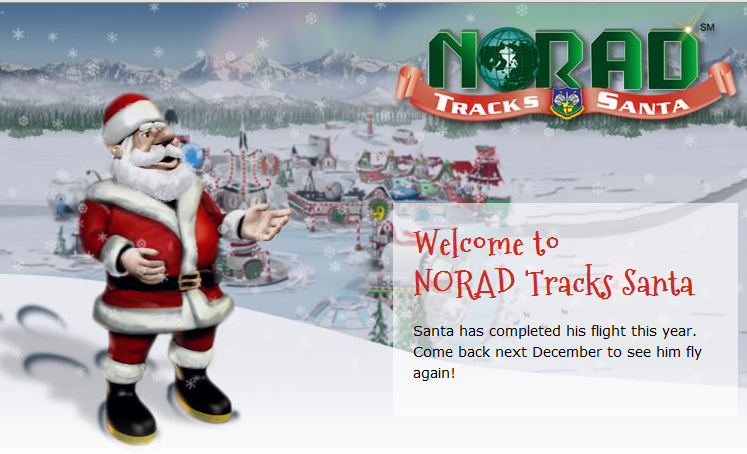 However, since 2007 there has not really been a need for children to call NORAD, since that is when NORAD launched their Santa tracker website.

NORAD even utilizes a variety of social networks such as Facebook and Twitter to pass on updates from the Santa Tracker.

There have been a whole host of military divisions and federal agencies that have participated in the Santa Tracker program, such as Northeast Air Defense Sector, Naval Reserve Navy Information Bureau, and even NASA.

The Santa Tracker program is a recent addition to one of the many Christmas traditions found in America, Canada, and across the world.

However, unlike other traditions – like the aluminum Christmas tree and the telling of Christmas ghost stories – NORAD’s Santa Tracker program has become a mainstay in the Christmas culture.

(1) Scorpions and Centaurs via Compfight cc