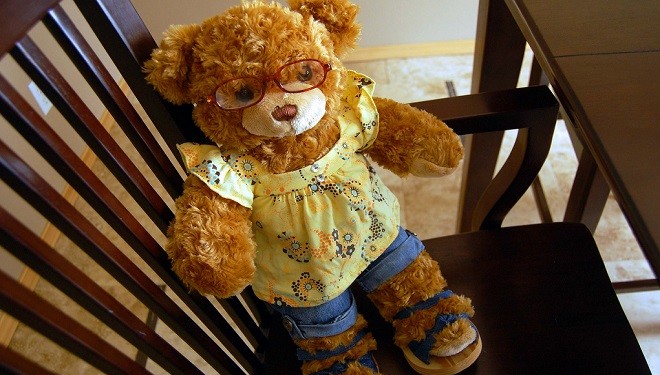 The outcome of this failure resulted in Build-A-Bear Workshop agreeing to pay a civil penalty of $600,000 to resolve the accusations.

According to Consumer Reports, the CPSC had reported that the sharp corners of the chair’s wooden frame could “pinch, lacerate or amputate a child’s fingertip if the finger is caught within the frame as the chair is folded.”

From March 2001 until October 2008, Build-A-Bear was selling the beach chairs via its website.

The CPSC claims that despite there being ten reported injuries, apparently caused by the beach chairs, between July 2007 and January 2009, the company failed to alert the CPSC of the defective chair until March 2009.

Two months later, the CPSC and Build-A-Bear announced the recall of 260,000 toy beach chairs. However, with ten customers having already been injured, the damage to the company’s reputation was done.

In the wake of the settlement, the CPSC issued the following statement, which was published on the Consumer Reports website:

““Federal law requires manufacturers, distributors and retailers to report to CPSC within 24 hours after obtaining information reasonably supporting the conclusion that a product contains a defect, which would create a substantial product hazard, creates an unreasonable risk of serious injury or death, or fails to comply with any consumer product safety rule or any other rule, regulation, standard or ban enforced by CPSC.”

This is not the first time Build-A-Bear Workshop has been in trouble with the CPSC.

Earlier this year, the company’s “Love.Hugs.Peace” lapel pins were recalled for excessive levels of lead paint which were found in the toys.

Previously to that, the cuddly toy company also had to recall 19,270 swimmer sets and inner tubes after the CPSC deemed the products as a strangulation hazard.

Yet Another Defective Product Made in China

Interestingly, despite the many media reports covering Build-A-Bear’s $600,000 penalty, one significant piece of information has been missing from the majority of those reports – the fact that the folding toy beach chairs were manufactured in China.

In recent years Chinese defective products have led to numerous lawsuits, with many customers now equating the “Made in China” label with cheap, shoddy and now even dangerous products.

According to LawyersAndSettlements.com, 80 percent of the world’s toys come from China.

There has been a string of incidents of the world’s leading toy manufacturers having to recall toys that had been made in China, because of potentially damaging defects.

These incidents include 200,000 KoolToyz action figures being recalled due to “sharp edges and lead contamination”.

More recently, Mattel Inc., the world’s biggest toymaker, recalled 1.5 million of its toys that had been manufactured in China, as they ran the risk of containing “excessive levels” of lead. Why Doesn’t the CPSC Focus on China?

Given the fact that 80% of the world’s toys are manufactured in China, and there being such a shockingly high number of cases involving Chinese made toys having to be recalled due to health risks, you would have thought that the US Consumer Product Safety Commission would be more scrupulous in monitoring toys that have been made in China.

By being proactive in focusing on China-made products, the Commission might be able to more quickly prevent further embarrassing incidents, such as Build-A-Bear’s beach chairs defects causing injuries to ten different customers.

The power that the Consumer Product Safety Commission has in ensuring our children are playing with safe toys has been under scrutiny in recent years, with the likes of the New York Times reporting in 2007 that top officials at the CPSC have:

“…blocked enforcement actions, weakened industry oversight rules and promoted voluntary compliance over safety mandates, according to interviews with current and former senior agency officials and consumer groups and a review of commission documents.”

According to the New York Times report, there is only a single employee at the CPSC responsible for testing suspected toys.

“Safety initiatives have been stalled or dropped after dozens of jobs were eliminated in budget cutbacks.”

While Build-A-Bear’s $600,000 penalty for failing to report ten injuries seems paltry considering the damage that it caused, perhaps the the bigger problem is the CPSC’s somewhat blasé attitude in monitoring toys made in China, and how the Commission prioritizes budget cutbacks over safety initiatives. Maybe these are the issues that should raise red flags.

And shouldn’t China also be held responsible for selling products that fail to meet most international guidelines for human health and safety?