Why Contract Gifts in China Do Not Work 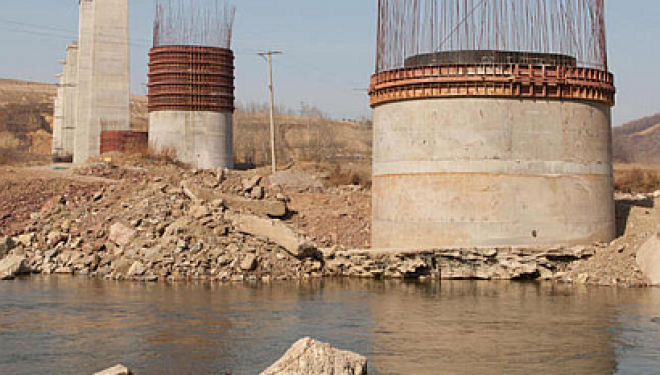 If you read my article earlier this week on the practice of Guanxi in China – then you know that I was left with a very bad taste in my mouth after personally experiencing the behavior.

In this update, I would like to share a story about a bridge contract in China. It was a contract won by China Railway No. 9 Group…but what happened after the contract was won is something that most people outside of China would likely consider considerably unethical.

A few years ago, a bridge was needed Jilin, China.

The cost of the project was 2.3 billion RMB, or nearly U$360 million. The bridge was lengthy at 74.1 km long, and was to be a crown project for the area.

Bids were tendered, and a winner was announced. A bit later, construction began on this “bridge”.

Up to this point, this story sounds like business as usual, but remember that in China, not all is that it appears to be.

Upon winning the bid, China Railway No. 9 Group Company subsequently sub-contracted the work out to various other parties.

Per Chinese law, China Railway No. 9 Group Company was responsible for following up with all of the work and the quality of the subcontractors, a thing that they may have forgotten to do.

As the story goes, one of the sub-contractors hired by No. 9 group was Jiangxi Changsha Construction.

Unfortunately, the company was not the really “Jiangxi Changsha Construction”, but allegedly a group of “thieves” and con men. And it only gets worse.

This group of con men allegedly subcontracted the work out to villagers and itinerant laborers with no bridge building experience. One of the leaders of the itinerant group was a man named Lu who was actually a cook by trade.

Mr. Lu claimed that although he had no experience, it was not a problem because many sections of the bridge were made by groups of men such as himself. And further investigation bore out this news.

According to the locals, they were even paid to fill the “supporting pillars'” with rocks and small stones before a wet sand mixture was applied. The sand and stones were utilized in lieu of concrete, a thing the chef either did not know how to properly use, or could not afford. 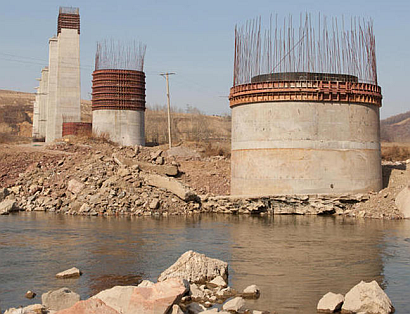 The Beijing News broke the story and supposedly possesses video of excavators dumping rocks into pillars when the on-site inspectors were off duty. The villagers who saw and took part in the bridge building process stated that they would never ride on any train going over that bridge.

Upon hearing of the mess, China Railway No.9 Group said that they may not have done the appropriate level of due diligence.

They admitted that they did not even verify the qualifications of all the subcontractors, including the one which hired the chef.

The enormity of this story is beyond belief, and shows the depth and breadth of corruption here.

When project contractors are chosen based on how much one can skim off the top, the project is destined to flop or may even be fatal. When so many people have their hands out and so many more willing to fill it with coin, it’s little wonder the quality of Chinese projects is often suspect at best. 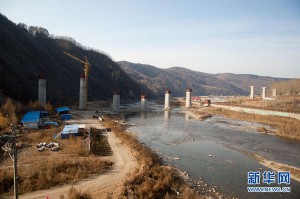 Why Bribery Pays in China

Another way to look at it – just how much of all of the new investments that that the U.S. has paid out to China has deviated from the path of project into the hands of local corrupt officials?

I wonder how much of the $30 to $ 40 billion dollars that went into the Olympic projects actually made it to the intended project? In a country like China, no one really knows.

Perhaps what bribery means in China can best be summed up by the words of Qiu, a friend of mine who works with the Chinese government.

Part of her responsibility is to investigate corruption throughout the countryside. When I asked her about corruption in China, she said, “You can consider this as chances or opportunities…”

Interestingly enough, before finishing this article, I was asked to recommend someone for another project.

I did as was asked, and recommended a Chinese company that I knew of. Within moments of appraising them of the new business, they quickly sent me a text stating that if they won the business, they would split the profits 50-50 with me.

Such is business in China.

(1) Bribes can be anything from small gifts to houses, or payment of tuition for the children of an official. In a subsequent article I will discuss these.
(2) Economist
(3) Interestingly enough Mr Liu’s younger brother received a suspended sentence for ordering the murder of a man who had accused him of being a corrupt official.