How Guanxi and Contract Gifts Work in China 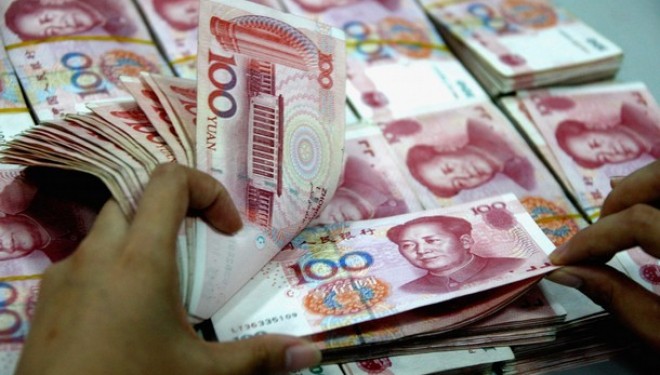 I recently learned even more about China than I ever could have imagined.

I caught a glimpse of even more of the true underbelly that many people never hear of, even if they have been on “business travel” to China.

For some things in life, you have to assimilate – to live here to experience the dirty realities.

The issue at hand is corruption.

Rather than beat the theme to death, in a subsequent article, I plan to merely share some of my own experiences and stories, to expose how business works in China – call it “The Reality of Business in China”.


My First Experience With Chinese Corruption

A friend needed to outsource a project and asked if I could help.

For me, it was easy, as I knew of just the right person for the job. They had the experience, the ability and integrity.

Based upon these things, I assumed it would be an easy task for the friend to contract this person. In China, however, such a task is not as easy as it may sound.

The truth is that here, one has to analyze not only the obvious – the office politics – but also other unseen and unexpected factors.

When doing business in China, one of the most influential factors is guanxi – writ large “corruption”. Working in places like Mexico, Brazil and Paraguay has inculcated upon me the idea that business is about money, and often-times the law be damned.

But nothing I’ve ever experienced could have prepared me for China.

China, a country where 8-14% of her GDP is impacted by corruption, redefines the word itself, at least to me. China is a country that is quite frankly bloated with corruption.

China is the world’s leading consumer of luxury goods, half of which wind up as “gifts” to corrupt officials. Fantastic as it may seem, business in china is not at all as it appears. 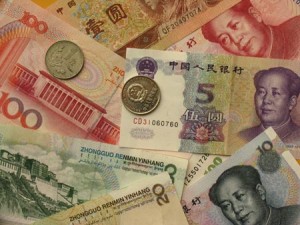 My First Experience With Chinese Corruption

If you’ve followed my past articles in the Top Secret Writer’s China series, you’ve read all of the stories about corrupt officials and the high speed rail, the Olympics and the land grabs, and absent experience in China.

These things all seem beyond belief. Sadly enough, these things are as commonplace as the sooty air we consume on a daily basis.

The truth be told, China is a land of pandemic corruption.

As I’ve written previously, I had a firm approach me about assisting with finding a subcontractor for a project. After recommending a good American sub-contractor, I assumed the task was done.

The “creds” of the subcontractor were impeccable, and I thought the task could proceed, but it was only the start. For in china, such a project means nothing less than a chance for a local person to leverage quanxi – or relationships – and earn a few bucks.

What this means is that once such a project is announced, a subsequent jockeying occurs to be the one that can recommend the “best” subcontractor. The ‘best’ subcontractor, however, may have little to do with the skill of the company, but instead more to do with how much “appreciation” they are willing to show their contact once the contract has been signed.

At the most fundamental level, this means that if a boss decides to use this subcontractor, then “How much of a kickback will he get from them? (1)”

To those of us in the West who are beholden to the Foreign Corrupt Practices Act (FCPA), this is typically not even a business consideration – but I work in China.

What I see as a way to offer value to the consumer, is seen here as a way to “monetize” a friendship or leverage a contact.

One of the most shocking things one notices when doing business in China is the depth and extent of this sort of corruption and resulting bribes.

It is no stretch to say that in most business dealings here, bribes are the norm and not the exception. This truism is even more marked when dealing with the governmental officials – the communist party members.

My First Experience With Chinese Corruption

If you have never lived nor worked here, all of this may seem to defy logic, but this really is business in China.

The project at hand was worth U$5,000. Not a substantial sum, but enough cash here to warrant a fair level of interest. In China, each opportunity to make a little extra cash can and will be exploited.

The reason is that although the project has a $5000 price tag, not all of that money will go to the contractee, but more on this later.

After making a recommendation about the group I had in mind, the action began.

Out of nowhere, scads of employees knew “just the right company for the deal”. They assured my contact that the company they knew could do the job – and then some.

After wining and dining the powers that be, the others found out that much to their chagrin, their contacts had not been chosen.

When I inquired about what measures were taken to ensure that the most qualified would get the job, my contact chuckled. After doing some checking, he’d discerned that all of the others had put forth family members, or someone with whom they had deep guanxi or some relationship.

Far from being considered a conflict of interest, my friend told me that with the exception of my friend,

“All others recommended for the job had little to no experience in the industry and task. Aside from this, many of them were family members.”

My friend went on to say:

“The way they do business in China and elsewhere is quite different. Sometimes people see this as an opportunity to help a friend, or maybe its just greed.” 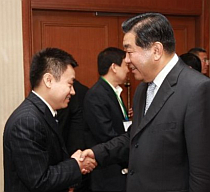 How “Gifts” Work in China

As an example: had I chosen to do so, which I did not, I could have demanded a 10-20% finders fee for recommending my friend for the job. In China, this sort of thing is common.

In the example above, this means that a $5000 project can result in $500 to $1000 being paid to the person who recommended the subcontractor for the work.

The finders fee, however, must still be divided. In the case above, person ‘X’ will get a sum, lets assume $1000. But from this amount person ‘X’ must share with the head of the project, as well as the big boss of the company. The ‘fee split’ is 30-30-40 – yes they even have a formula for this…

What this means is that person ‘X’ who recommended the company will receive $300, as will the manager of the project. The big boss, however, will get $400.

One can quickly see how massive bribes may be for large projects, such as the high speed railroad in which one man – Liu Zhijun – made over one billion RMB (2)(3).

One can also imagine the problem with such a system and its effect on quality, not to mention credibility. Sure, we have this thing back home, but not even a fraction of what is occurring in China.

The impact is that when a project is offered in China, one has to way many varied factors, and the subsequent solution can be far less than optimal. When the self interest of disparate groups that are “earning a buck” trump the intended goal of providing quality, nothing good can result.

Perhaps a story later this week will help drive home the reality of doing business here.