How China May Use US Business for Intelligence Collection

Although China has been suspected as having a long history of espionage in the U.S. in order to gain knowledge and insight about military and industrial secrets, in recent years the belief that the Chinese government is conducting espionage activities in other countries is becoming increasingly widespread.

According to an annual report made in 2009 to the U.S Congress by the China Economic and Security Review Commission, China’s espionage and cyber-attacks against the U.S. government and business organizations are now a major concern.

In 2006 the Central Intelligence Agency (CIA) released an unclassified document on its website titled the “Report to Congress on Chinese Espionage Activities Against the Unites States”.

The document mentions China’s “Use of commercial entities for intelligence operations,” highlighting that for the past 20 years, China has “established a notable intelligence capability in the United States through its commercial presence.”

The document goes on to say that although the majority of Chinese commercial entities in the United States are legitimate, some are a “platform” for intelligence collection activities, and that these commercial entities based in China, play a “significant role” in the nation’s quest for secret U.S. proprietary and trade technology.

In other words, the report comes as a warning to U.S. businesses that even if a Chinese company may be legitimate, it may have intelligence collectors employed internally by that company, but who are actually working for the Chinese government, essentially to obtain trade secret U.S technology.

That technology is not necessarily just military secrets, but also proprietary commercial secrets that the Chinese government can utilize to establish a new company that can produce the same products at a much lower cost, and therefore a much lower price – driving the U.S. company out of the marketplace.

With such widespread knowledge, or suspicion of such Chinese espionage activities occurring in the U.S., why doesn’t the FBI move in to supplant such activities from occurring?

As Peter Grier noted, “Chinese human-intelligence operations primarily rely on collecting a small amount of information from a large number of people.”

Because such Chinese espionage tactics are usually fairly low-key and, as the CIA document states, usually “singular in nature”, it is extremely difficult for the FBI to instigate those cases, or utilize counterintelligence tools.

In 1996, the inauguration of the Economic Espionage Act made the theft or misappropriation of a trade secret a federal crime.  Despite the “low-key” nature of how China may be using U.S. businesses for intelligence collection, there have been several arrests made under the 1996 Act. 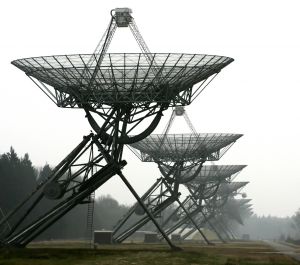 Arrests Under the Economic Espionage Act

In 2010, Dongfan Chung, a former Boeing engineer and native of China, was arrested by the US District Court for the Central District of California, for stealing Boeing trade secrets related to the Delta IV rocket and the US Space Shuttle program. Chung was sentenced to 16 years in prison and was the first person to ever be convicted under the Economic Espionage Act of 1996.

The damage such stolen information could potentially have on the US is prolific; hence the inauguration of such an act and the length of Chung’s sentencing, marking the severity of the crime.

In 2002, a Cox report noted that the People’s Republic of China were using Chinese state-run companies to make purchases from the US of high-technology equipment within targeted technologies.

According to the Cox Report, China stole design information regarding the United States’ seven most advanced thermonuclear weapons. The report stated that these stolen secrets enabled China to “…accelerate the design, development and testing of its own nuclear weapons.”

In having knowledge of such top secret information, China’s next generation of nuclear weapons would therefore be comparable in effectiveness to U.S. weapons.

Although, contradicting the CIA’s report that the Chinese businesses espionage methods are “usually low-key and singular in nature”, the theft of top secret information reported by the Cox Report, “…were not isolated incidents, but rather the results of decades of intelligence operations against U.S. weapons laboratories conducted by the Ministry of State Security.”

Being a leader in developing new technologies, the U.S. will continue to be targeted by the likes of China and Russia using various espionage techniques, particularly cyber-espionage tactics meant to steal classified trade and technology information.

U.S companies should therefore be aware of such practices not only in protecting its networks and infrastructure, but also when doing business with seemingly “legitimate” China-based businesses and corporations.

Those companies pose as an increasingly persistent threat to U.S economic and commercial security.