In order to make a buck and pad their already exorbitant compensation packages, the executives of corporate America have hidden a number of inconvenient truths about China that may change the perceptions of American citizens about doing business there.

These executives, through corporate “talking heads” and “China apologists”, are engaged in an active campaign to convince us that doing business in China is a ‘win-win’ at a minimum, and a thing we must do to at least remain competitive.

In order to bolster their claims, they frequently hide the realities, or engage in spreading untruths about what business in China truly entails.

The following series of articles over the next several weeks will serve to completely debunk five myths about doing business in China that big corporations have been promoting to the American public.


China is a Perfect Storm for Human Rights Abuses

China is single-handedly enabling world wide transformation both for good and bad.

China’s hunger for resources have buoyed the world economy, lessening the impact of the world’s worst economic crisis since 1929.

Their desire to learn, to know and to purchase have pulled them out of the closet of obscurity, and they have also enlightened the rest of the world to the richness of China, a thing which has been hidden from the world for too long.

On the other hand, China has also created the ‘perfect storm’ for human rights abuses, which the international business community cannot resist.

In China’s great leap forward towards prosperity, they have unleashed a Pandora’s box of human rights tragedies to which the profit-oriented are drawn like flies. Couple this with the rampant corruption and lack of laws, and China becomes a treasure trove – as well as a minefield – to the companies that pursue profits within its borders.

By lowering the ‘collective bar’ on acceptable treatment of her workforce, China is offering western companies a gold mine of opportunity and corporate malfeasance. As a consequence, companies are faced with a dilemma: When in China do we do as the Chinese do?

While the question is straightforward, are you, dear reader, truly prepared for the real answer?

Evading Labor and Environmental Laws by Moving to China

Despite what you may hear from corporate talking heads, the reality of doing business with China has led to a “reverse Darwinism”, in everything from workers rights to the trampling of ethics. It has resulted in the loss of millions of jobs back home (1) – a thing that is rarely mentioned by large US corporations and its mainstream media outlets.

Out of fear, big business hides the brutal realities of how business is done in China: corruption, near slave labor, destruction of the ecology and rampant Intellectual Property Rights (IPR) theft.

It is much easier to tout China as a place of innovation, and steer us clear of the inconvenient truth behind her growth.

After all, who wants to know that our good buddy out East, whose legal system is in tatters, routinely uses governmental mandates and/or forced technology and even theft, to rob the West of its competitive edge?

The reality is that citizens of industrial nations across the world are not being told the truth about doing business in China, and the silence is deafening.

Why Corporations are Hiding the Truth about Business in China

Why is it that this picture of the dark side of China is conveniently left out of corporate literature and surprisingly enough, mainstream media?

Is it possible that under the auspices of enhancing shareholder value, big US business is selling out America to China?

Hoping to hide behind the Great Wall of obfuscation, US business and government must pray that the truth about doing business in China does not rear its ugly head. If the people in the US knew the reality hidden from them, they may never step foot in Walmart again.

“But how can this be true? So many companies are moving there, and they have strong business ethics. Just the other day I saw that [insert company here] is investing [insert hundreds of millions of dollar amount here] in China. The media tells all about China and her growth.” You say.

And to this, I would whole-heartedly agree.

While we hear about the outsourcing, we rarely hear about the dark-side, the problems. The growth of China is as stunning as it is impressive, but it has come at an incredible cost.

However, this true cost is often hidden from us. The brutal reality of the Communist intervention in business – the corruption and nationalistic policies – do not make the headlines as much as they should. After all, why would The Gap, who is shuttering 189 stores in the USA, want us to know about their expansion plans in China?

And what about Jeff Immelt at GE2, who runs President Obama’s council on jobs and competitiveness?

Surely he does not, for Mr. Immelt is the same man who is assisting the US in improving American competitiveness. Yet GE, under his charge, decided that after 115 years of producing X-ray machines in the USA, it is time for a change (4).

And what better place to spend those $3 billion in federal tax credits (5) that Uncle Sam gave GE, than in the People’s Republic of China?

I wonder why Mr. Immelt is rushing to move his innovation centers from Waukesha, Wisconsin to China (6)?

If a company like Master Lock can run three eight-hour shifts in the heartland of America while remaining price competitive (7), then why is a leader like GE unable to do the same?

I wonder if all those 65,938 people from Wisconsin who lost their jobs to China (8) are really that unproductive? 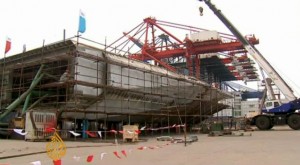 Don’t Tell Americans Where Their Jobs are Really Going…

I guess we will never know, for the jobs are gone.

In any event, it would be a little too uncomfortable to tell that sort of thing to all those good American folks who suddenly have found themselves out of work.

For instance, how happy would people from California be if they knew that, although they’ve ceded one-half of one million jobs to China (9), the city of San Francisco has outsourced a billion dollar bridge project to a Chinese company that will provide jobs for well over 3000 semi-skilled Chinese craftsmen?

To make matters worse, the Chinese firm has no prior bridge building experience (10).

Surely, we may hear about this sort of thing, but when we do, it is nothing less than a rave review of China’s manufacturing skill (11).

I would bet that is a hard pill to swallow for people like Barry Blackmore from Oakland, who has not been able to find a job for the past two years.

But we really can’t blame the Chinese can we? Is it their fault that there is an influx of US corporations seeking a safe haven in the Sodom and Gomorrah of the business world that is China?

After all, if it weren’t for profit-seeking American companies expanding their R&D Operations in China, while closing their massive R&D centers back home, the Chinese would have to change their ways – wouldn’t they?

But the Chinese need not worry. It is all to obvious that rather than force China to address their ethical issues, the powers that be will do little to rock the boat. It is much more profitable to stay quiet and maintain the status quo. 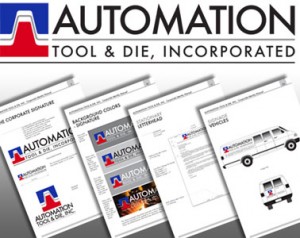 Consequently, Americans watch as the Chinese commit a frontal assault on American employment.

The communist leaders know that if they cannot create 10 million jobs a year, their country will turn violent. As they have no real “legitimacy”, the communist party relies , in part, on economic growth to maintain power.

An unfortunate result is the digestion of jobs from across the globe.

Sadly enough, China is a great place to make a fast buck. In countries like China, rather than worry about pesky environmental and workers-rights laws, one is allowed to do as they please.

As long as money is funneled to the pockets of the powers that be, China can be the moral vacuum in which businesses from across the globe can thrive.

Just imagine how hard it is for rule-following American companies like Automation Tool and Die, who lost a $1 million contract to China, to play by the rules and succeed, while Chinese competitors don’t have to.

American companies are abandoning American workers – and America – at an alarming rate.

The real unemployment rate hit 22% (12) as of July, and the wealth gap between the old and the young is the widest that it’s ever been (13).

Fortunately for companies like Evergreen Solar, the truth about why they are moving to China rarely springs forth. They can rest assured that those 800 Americans that have lost jobs that the Chinese will soon be filling (14) will probably never hear about the draconian working conditions that the Chinese frequently have to endure.

For, Evergreen surely knows – and probably takes comfort in the fact – that it is difficult for reporters both foreign and domestic to write stories about what happens in China. The communist party has made it an art-form of silencing her critics, and the downsizing of foreign news bureaus limits the quality and quantity of real news in China.

I guess that’s where journalists like I must come in. Citizen activists that have seen the decay, heard the hype, and want to make sure the real truth be told.

Next Week: The Truth About Working Conditions in China