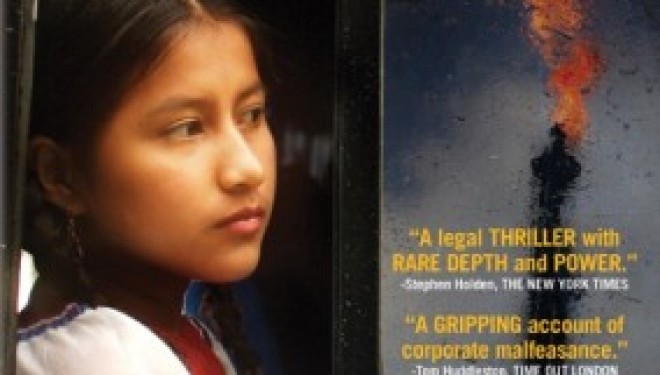 Corruption allegations are flying back and forth after the Ecuadorian courts ruled against oil giant Chevron, to the tune of $18 billion, for contaminating the Amazon.

February 2011’s judgment came after 18 years of legal fights over whether Chevron’s subsidiary, Texaco contaminated the water in the Ecuadorian city of Lago Agrio while exploring for oil.

According to Chevron’s handout titled “The Facts about Chevron in Ecuador and the Plaintiffs’ Strategy of Fraud,” Chevron claims to have never been involved in Ecuadorian oil production, and states that its subsidiary, Texaco, ceased oil production in Ecuador in 1992 and “remediated its share of environmental impacts pursuant to a government-supervised contract.”

Chevron lays the blame on state-owned Petroecuador, which it claims was the major stakeholder in Texaco’s Ecuadorian operation and continues to manage Ecuador’s oil fields.


Chevron claims to have consulted with a wide array of scientists and taken more than 1,500 environmental samples, but has yet to find any evidence of negligence.

According to Chevron “…all of the legitimate evidence presented to the Ecuadorian court demonstrates that former Texaco Petroleum Company operations present no risk to residents’ health and have not resulted in any significant impact to groundwater, drinking water, biodiversity, or indigenous culture.

Environmental activists are pointing fingers at both Chevron and Ecuadorian government official Ivonne Baki, who they claim was secretly working with Chevron to have its legal case quashed.

Pablo Fajardo, lead attorney for Ecuador’s Lago Agrio plaintiffs, claims he confirmed from high-level sources that Baki was seeking an agreement whereby Chevron would only be required to pay a $1 billion “donation,” with half going to the Ecuadorian government and the other half to her Yasuni ITT Project.

The Yasuni Project is a pact between the poverty-stricken South American country and the world’s wealthiest governments, whereby Ecuador would agree not to drill in the ecologically diverse Yasuni National Park, thought to contain more than 1 billion barrels of crude underground, in return for governments around the globe paying out $3.6 billion over 10 years. 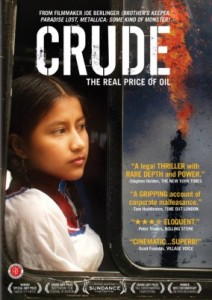 Although Baki denied any relationship to Chevron, the oil company was forced to disclose its ties with her in documents submitted to a U.S. Federal Court.

Amazon Watch details what it describes as a “long list of favors,” Baki gave to Chevron as one of Ecuador’s top officials. (1)

These include dismissing a case against Chevron in 1998 while serving as Ecuador’s Ambassador to the U.S., organizing meetings between Chevron and top Ecuadorian officials in 2004 while holding the title of Trade Minister, and having several meetings with Chevron while serving on the Andean Parliament in 2008.

Amazon Watch spokesperson Kevin Koenig said his organization is now demanding that Baki disclose all meetings between herself and Chevron officials so that any possible misconduct can come to light.

While Fajardo has leveled allegations of corruption against the Ecuadorian government, Ivonne Baki and Big Oil, Chevron has fired back by accusing the 2009 documentary “Crude: The Real Price of Oil” as unfairly swaying public opinion.

The film’s website, which describes the Lago Agrio as the “Amazon Chernobyl,” says the lawsuit pits “30,000 indigenous and colonial rainforest dwellers against the U.S. oil giant Chevron.”

But the oil company counters that the film used creative editing to make its case, and “…was conceived, proposed, facilitated, funded, and promoted by the plaintiffs, in particular, their lead U.S. lawyer Steven Donziger.” 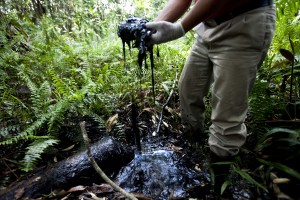 To bolster their argument, Chevron demanded more than 500 hours of outtakes from “Crude”.

Filmmaker Joe Berlinger initially refused to turn over the deleted footage, until a U.S. Federal Court of Appeals ruled in Chevron’s favor.

The unused film captures Donziger in several bad moments, including one where he says “Facts do not exist. Facts are created. Ever since that day, I realized how the law works.”

A November 2010 opinion doled out by The United States District Court, Southern District of New York said “it is no exaggeration to say that Donziger is the star of the film, much of which focuses on his words and activities.”

The ruling said there was sufficient evidence that Donzinger had engaged in “pressure tactics”, and attempted to intimidate Ecuadorian judges, attempted to obtain political support for the Ecuadorian lawsuit, and used celebrities like Darryl Hannah and Trudie Styler (Sting’s wife) to promote his cause in the public.

Chevron’s attorney, Randy M. Mastro, said, “This is a series of smoking guns that’s more like a five-alarm fire.”

For now, it’s uncertain how the story of Lago Agrio will play out. While accusations of corruption continue both here and abroad, only time will tell if the people of Ecuador will actually benefit from close to 20 years of litigation.