The Hidden Dangers of the Roundup Herbicide Weed Killer 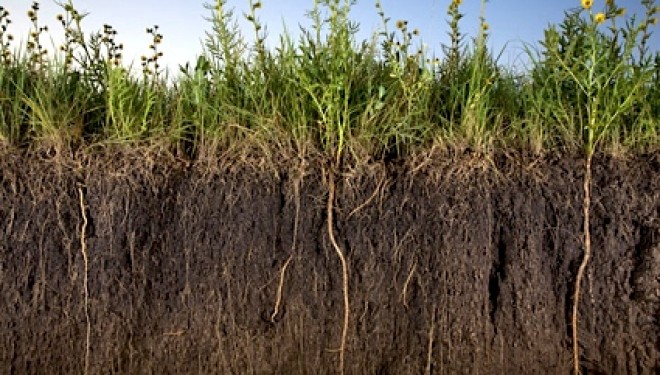 Monsanto appears to be a company driven by profit over life, as the company continually cranks out new products with questionable safety.

Sadly, the government has no interest in stopping this reckless behavior.

The feds continue to approve these products, despite numerous studies that should sway them in the other direction.

For just one of many examples, take a look at the dangers of the popular Roundup herbicide weed killer.

Roundup is the most widely known name in herbicides used world-wide in the home landscape as well as for agricultural use, for which it was originally developed.

According to the company website, Roundup works by being absorbed into the plant’s leaves and entering the sap system. From there, it works its way down to the roots where it begins to quickly kill the plant.
The company states that Roundup is only active in plants, and that it becomes inactive once it touches the soil.

Micro organisms in the soil then break down the chemical, leaving the soil safe for planting. Roundup claims to be so safe, your kids and pets can play on the lawn as soon after it dries.

If killing weeds without any work and leaving the soil safe sounds too good to be true, that’s because it is. While Roundup is advertised as a safe solution to the battle of the weeds, it is, in fact, a very dangerous chemical that is far from being safe for pets or children.

Roundup, as well as other similar products, contain glyphosate as the active ingredient.

Glyphosate was first introduced by Monsanto in 1976 as a broad-spectrum systemic herbicide that kills broadleaf weeds, grasses and woody plants.

Monsanto was convicted of false advertising in 2007 for its claims that Roundup was biodegradable and left the soil “clean.”

They have also been caught falsifying data in their studies. Despite company claims to the contrary, Roundup is in fact toxic to the environment and causes birth defects in humans. One disturbing finding is related to the toxicity of Roundup to amphibian life.

A study in 2005 discovered that Roundup was lethal to several species of frogs. This was a surprising finding, since Roundup was supposed to kill only plants, not animals. (1)

This was especially problematic, because Roundup has been found in groundwater sources, likely due to runoff. Other animal studies have shown Roundup to cause reproductive toxicity in rats. (2,3)

There are a number of additional studies proving Roundup is unsafe. One 2004 study concluded that glyphosate is toxic to human placental cells, even in doses lower than what is typically used in agriculture.

It also found that Roundup was more dangerous than glyphosate on its own, stating, “Roundup is always more toxic than its active ingredient.” (4)

This seems to be due to the “inert ingredients” used in Roundup, which actually make glyphosate twice as dangerous.

Another study in 2008 also found Roundup to cause cell damage and death when tested on umbilical, embryonic and placental cells. (5)

The most shocking revelation is the fact that the European government seemed to already know, since 1993, about the potential for birth defects caused by Roundup.

What about the claims that Roundup is totally safe in the soil, leaving it ready for planting?

It turns out that may be another false claim. A study published in the Journal of European Agronomy found that Roundup actually increased the likelihood of plants becoming infected by pathogens in the soil because it damaged beneficial microbes.

It also reduced the productivity of plants. (6)

Roundup is just another of the many poisons that Monsanto continues to use to infect the environment. Remember, this was the same company that once also claimed that Agent Orange was safe for soldiers to use in Vietnam.

To learn more about the mountain of evidence against the use of Roundup, visit Mindfully.org.(7) They have a listing of many studies on glyphosate and results of those studies.

Glyphosate is considered among the safest of the herbicides listed by the FDA. If this chemical is “safe”, one has to wonder what will eventually become of our food supply if Monsanto continues to have its way.