The Strange Assassination Attempt Against Queen Victoria of England 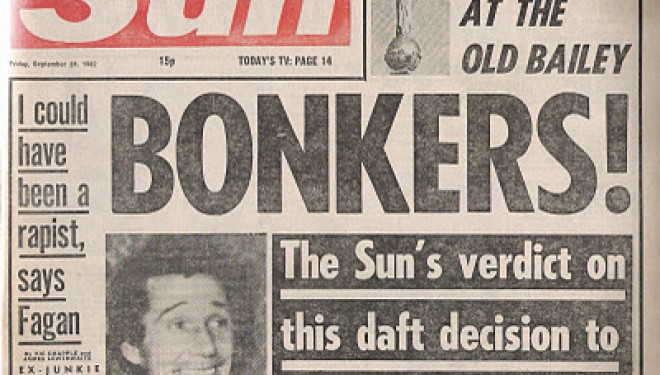 Queen Victoria reigned England from 1819 – 1901, a total of 63 years and 7 months, making her the longest reigning monarch in British history.

During Queen Victoria’s reign, there were a number of attempts to assassinate her.

Most of these attempted assassinations were of Irish origin, with the most serious and well-documented being the “Jubilee Plot”, an assassination attempt that was apparently conspired in New York City by the Fenians, which were “fraternal organisations dedicated to the establishment of an independent Irish Republic in the 19th and early 20th century,” (Wikipedia).

Within the Jubilee Plot, the Fenians were going to blow up Queen Victoria, her family and the whole of the British government with dynamite in Westminster Abbey in June 1887.


Another Assassination Attempt on Queen Victoria of England

Another less well-documented attempt to take Queen Victoria’s life was reported by the New York Times on August 25, 1868.

According to the report, the Swiss authorities had received information of a Fenian conspiracy against the life of Queen Victoria of England, who had just arrived in Switzerland and was staying at her apartment in Lucerne.

Although the report initially stated that it had been a “Fenian conspiracy” against the life of Queen Victoria, the same report goes on to admit that:

“It now seems that the whole story originated in the attempt of a crazy Englishman to force his way to the Queen’s apartment in Lucerne. There was no conspiracy in the case and no Irishmen, crazy or otherwise, concerned.”

The New York Times went on to say:

“Some unfortunate maniac, either unaware of what he was doing, or, possibly, like others before him, seized by a morbid desire to acquire notoriety at the cost of his life by the assassination of a personage of high rank, was arrested before he could obtain access to the presence of the Queen, and this seems to have been the sole foundation for the sensational reports that were originally forwarded to London.”

The report sensationalized the incident as well, by assuming and embellishing that the “crazy Englishmen” had attempted to force his way into the Queen’s apartment and was attempting to kill Queen Victoria, but suggested no evidence to back up this claim.

Failure of the Press to Investigate

Without any mention of there even being a weapon involved, or any claim made by the intruder to assassinate the Queen, how could the press have been so sure that this case was truly an assassination attempt against Queen Victoria?

Crazy men that seek to “acquire notoriety”, do not always have to acquire such notoriety by killing someone.

Killing someone, as the New York Times put it, “places her beyond the range of the fiercest political animosity.”

Notoriety and media attention can simply be accomplished by any individual being implicated with such important public figures – in any way at all that is outside of the norm.

A good example of this occurred on 9 July 1982, when Michael Fagan, an unemployed father of four children, managed to evade the palace guards and electronic alarms, and broke into Buckingham Palace to enter the Queen’s bedchamber in the early hours of the morning.

The Queen woke to find Fagan sitting on the edge of her bed, asking her for a cigarette.

Fagan was not charged with anything, and instead spent six months in a mental hospital.

He certainly succeeded in gaining notoriety, with the likes of the British satirical magazine, Private Eye, publishing a cartoon on its front cover of Buckingham Palace with the words, “You nick the crown jewels Nosher, while I nip up and bum a fag off the Queen,” in a speech bubble!

The Change of Media Over the Decades

My point? Well it just goes to show how dramatically attitudes within the media and the public have changed in little more than a century, regarding “crazy men” that intrude on the monarch.

The New York Time’s report in 1868 about the alleged assassination attempt on Queen Victoria of England lacked many facts, and was beleaguered by a degree of confusion that newspapers today are less inclined to possess.

Although this was not the first time a report about an attempted assassination on Queen Victoria in a national newspaper had some contradictory and confusing accounts.

In June 1880, The Times newspaper reported that an attempt was made on Queen Victoria’s life by an eighteen year old, who fired twice at the Queen while she and Prince Albert rode past in a carriage.

According to the Historyhouse.co.uk, an initial report of the incident printed in The Times had described Prince Albert “suddenly pulled her [Queen Victoria] down by his side”, but the following day The Times gave a different account, saying that the Prince was about to get out of the carriage.

It just goes to show that even back in the 1880s, newspapers were not the most trusted source of information. It certainly seems strange that there was not more information and a larger numver of reports in circulation about the mysterious assassination attempt on Queen Victoria in Switzerland.