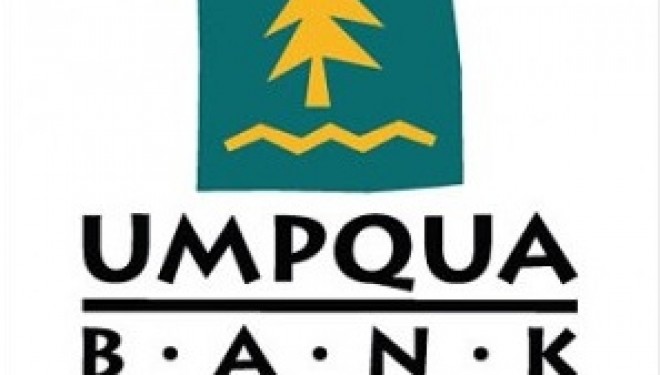 According to the lawsuit, filed in Northern District Court of San Francisco and Oakland, the bank allegedly re-ordered the debit card transactions of its customers so that the largest transactions would post to the account first.

While the practice seems minor on the surface, the ultimate effect of stacking the larger charges at the top is that more customers were faced with unexpected overdraft fees.


A Pandemic of Fee Gouging

The tactic became common among many of the larger U.S. banks throughout 2009 and 2010, as banks developed new and creative ways to charge customers various fees.

Some examples included Chase modifying the due dates of credit card bills in 2009 so that there would be late fees, to Bank of America deceptively handling customer accounts in order to increase overdraft fees.

In the case of Bank of America, customers were eventually awarded $410 million in a subsequent class action case.

Amber noticed that she was being charged hundreds of dollars in overdraft fees after Umpqua Bank had posted all of her larger debit card charges on top of the smaller charges, regardless of when the actual charges were made. 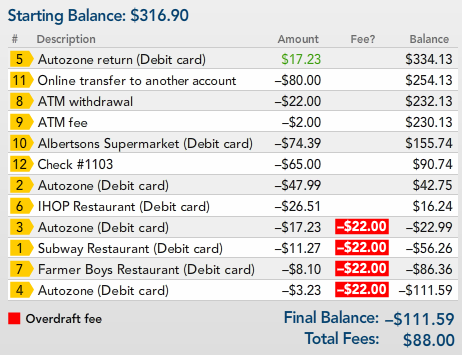 An Intentional Effort to Gouge Consumers

Hassan Zavareei of Tycko & Zavareei believes that the action is a clear effort by Umpqua to gouge customers that are already struggling in a difficult financial climate. In a recent press release, Zavareei stated:

“Banks should not be allowed to gouge customers by unfairly manipulating teh manner in which transactions are posted and overdraft fees are charged. It’s hard enough for families to make ends meet.”

The practice is part of a national phenomenon where major banks are doing everything possible to increase revenues, regardless of the ramifications of those actions.

The effort is part of a national effort by major banks to milk customers as much as possible, and the overdraft fee manipulation scam is only the latest in a long line of such unethical ideas corporate bankers have come up with over the last decade.

In the Pew example, a customer that would have only had a single $22 overdraft fee if charges had been posted chronologically, ended up with four $22 charges, totally an $88 total fee, under the deceptive Wells Fargo system.

Unfortunately, the U.S. government and the politicians that claim to be representing the interests of the American people, have consistently failed to hold banks accountable for these actions.

In 2010, the Wall Street Journal and other major news outlets reported on the major financial “rewrite of rules” that would “touch ever corner of finance.

The legislation formed a new agency tasked with “policing” consumer financial products. Many observers noted that those put in charge of policing consumer finance were the same ones that failed in policing predatory mortgage lending.

“The same regulators who ignored consumer advocates’ warnings about predatory lending have veto power over the consumer agency. That club of regulators is very insular, and usually in agreement.”


In other words, while the new legislation was lauded as a positive change for consumers, the next 12 to 15 months proved that it only caused bank executives to dip into their bag of tricks – to use every trick in the book to manipulate fees and continue increasing revenues.

Unfortunately, until there are new regulators truly “policing” the financial industry, and laws that make it possible to stop such deceptive actions – American consumers will be left burdened by the unethical, predatory practices of corporate bankers.