Danger of Biological Warfare Made Worse by Genetically Modified Foods 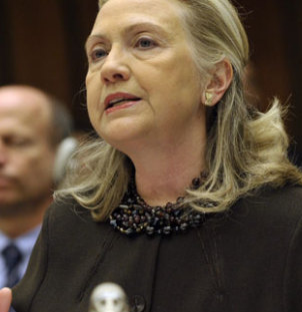 In December of 2011, Hillary Clinton delivered a policy statement at a UN Biological Weapons Convention, stating that biological warfare not only remains a significant threat in the world today, but that the danger from terrorists obtaining and abusing the technology is a growing threat that shouldn’t be ignored.

Clinton made it clear that the U.S. was aware of activities on the part of terrorist organizations to actively obtain and utilize biological warfare technologies against Western countries and citizens.

She reported intelligence that showed Al Qaeda leadership wanted, “brothers with degrees in microbiology or chemistry…to develop a weapon of mass destruction.”

The irony of the statement was especially poignant when Clinton stated, “…the emerging gene synthesis industry is making genetic material more widely available. This obviously has benefits for research but could also potentially be used to assemble the components of a deadly organism.”

The irony comes from the fact that U.S. producers of genetically modified foods are already creating an environmental scenario where the interactions between GM plants and nature itself may produce such deadly organisms – without the need for terrorist instigators.

While Clinton reported that the ease with which genetic modification is becoming possible, creating the potential for terrorists to obtain the technology more easily, an even greater danger comes from the use of the technology from major corporations.

A paper titled, “Analysis of the Threat of Genetically Modified Organism for Biological Warfare” published by National Defense University researchers in May of 2011 reveals just how unpredictable the technology can be, even in a well-funded laboratory.

“From the point of view of the potential perpetrator, the challenge is to reliably predict the overall effects of the changes. For example, the intent of the Australian researchers in modifying mouse pox was to produce a contraceptive effect, and the subsequent lethality of the modified virus was an unintended side effect. Conversely, a sequence of genetic material that codes for expression of a particular toxic protein may inadvertently suppress other functions essential to the reproduction or survivability of the microorganisms.” (3)

What this statement reveals is that even in the hands of well-trained scientists employed by the producers of genetically modified foods, the intended effects of those genetic modifications could potentially have very serious and negative adverse, albeit unintended, side-effects.

And if those side effects involve the accidental modification of pathogens that naturally occur in the environment around those plants, the results could be a pathogen far worse than anything that a biological terrorist could conjure up.

The authors conclude that due to the ease with which this biotechnology can negatively affect animals, plants and the entire ecosphere itself, the technology represents a serious threat.

We conclude that, broadly state, peaceful scientific advances, global statistics and demographics of GMOs suggest that the potential for corruption of biotechnology to catastrophic malevolent use is considerable.” (3)

A paper published by The Ecologist agrees with this assessment, and applied it to the food industry and the pharmaceutical industry, stating that there is a significant danger posed by the cross-use of the biotechnology.

In one case, a U.S. firm accidentally contaminated food intended for human consumption with a genetically engineered variety intended to create a vaccine.

Last year in Texas 500,000 bushels of soya destined for human consumption were contaminated with genes from maize genetically modified by the US firm Prodigene so as to create a vaccine for a stomach disease afflicting pigs. A major concern is that GM firms are using commodity food crops for pharmaceutical production.”

One of the “intended” effects of much of the genetic engineering of food crops is to make the plant resistant to disease, pests and viruses that typically cause crop losses.

While the intent seems innocent enough on the surface, the unintended ecological ramifications of tampering with nature could lead to disaster.

An article published by the Union of Concerned Scientists titled “Risks of Genetic Engineering” covers these dangers in great detail, including how introducing a genetic tolerance to certain viruses could produce a more virulent strain of that virus.

One of the most common applications of genetic engineering is the production of virus-tolerant crops. Such crops are produced by engineering components of viruses into the plant genomes. For reasons not well understood, plants producing viral components on their own are resistant to subsequent infection by those viruses. Such plants, however, pose other risks of creating new or worse viruses through two mechanisms: recombination and transcapsidation. (5)

The writers explain that either the recombination of plant produced viral genes with the genes of incoming viruses, or the encapsulation of genetic material of the virus by the plant’s viral proteins, can ultimately produce viruses that are far more dangerous than the parent virus was – hybrid viruses that never would have existed if there had been no genetically altered plant.

Some researchers actually question whether the “unintended” side-effects – stronger diseases or weeds that require ever-changing genetic modifications in the plants, or stronger herbicides to kill the hybrid weeds – might actually be an intended side-effect by profit-hungry GM industrial giants like Monsanto, the producer of both genetically modified plants as well as weed-killer products.

Likewise, if spraying of herbicides becomes more regular due to cultivars, surrounding weeds could develop a resistance to the herbicide tolerant by the crop. This would cause an increase in herbicide dose or change in herbicide, as well as an increase in the amount and types of herbicides on crop plants. Ironically, chemical companies that sell weed killers are a driving force behind this research. (Steinbrecher, 1996) (6) 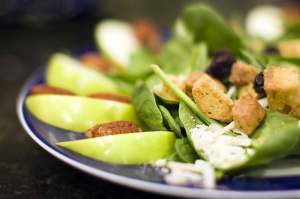 Last but most importantly, science still has not proven conclusively whether or not genetically modified foods have negative side-effects on the human body.

For example, a 2010 study published by the researchers at the University of Athens showed clear animal toxicity with certain modified foods.

The results of most studies with GM foods indicate that they may cause some common toxic effects such as hepatic, pancreatic, renal, or reproductive effects and may alter the hematological, biochemical, and immunologic parameters. However, many years of research with animals and clinical trials are required for this assessment. The use of recombinant GH or its expression in animals should be re-examined since it has been shown that it increases IGF-1 which may promote cancer. (7)

The researchers that published this paper acknowledged that more research is required, but say there is clear evidence that GM foods may have an affect on animal biology, and therefore just as likely human biology. Yet, GM industries are free to infiltrate the U.S. food supply with modified foods, and are not required to label those foods as such.

This, combined with Prince Charles stating quite publicly that multi-national companies were “were conducting an experiment with nature which had gone seriously wrong”, might explain why many citizens and local leaders in the UK reject GM foods (8).

In one case, a 2009 study published in the International Journal of Biological Sciences reported that rats fed GM corn developed kidney and liver problems. Monsanto countered the study, claiming that there were methodological flaws with the study. (10)

However, despite the fact that science has yet to conclude one way or the other on the safety of GM foods, those foods are being approved and stocked in U.S. supermarkets – again, without any labels revealing that they are GM foods.

“Today the vast majority of foods in supermarkets contain genetically modified substances whose effects on our health are unknown. As a medical doctor, I can assure you that no one in the medical profession would attempt to perform experiments on human subjects without their consent. Such conduct is illegal and unethical. Yet manufacturers of genetically altered foods are exposing us to one of the largest uncontrolled experiments in modern history.”
–Dr. Martha R. Herbert, pediatric neurologist (9)

No matter your position on the safety of genetically modified foods, there are two core principles that for some reason those in charge of protecting U.S. consumers from harm seem to ignore. The first is that the FDA appears to be siding with the GM food companies rather than using caution for the sake of consumer safety.

The second is that companies like Monsanto appear to have free reign to introduce dangerous lab-produced creations into nature with no consideration given to the impact that careless activity will have on future generations.