How the Spike in Solar Flares May Affect Earth in 2012 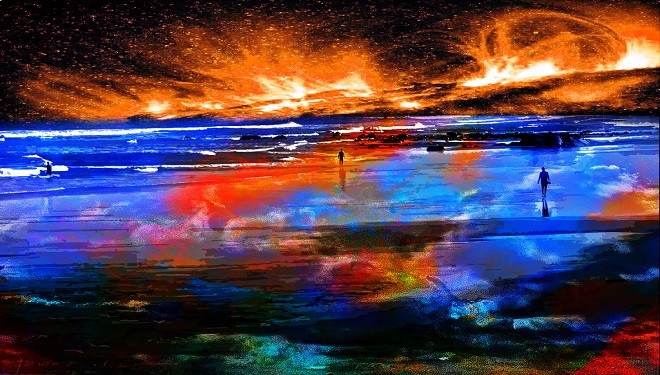 According to NASA, A solar flare is defined as a “sudden, rapid, and intense variation in brightness”, which occurs when “magnetic energy that has built up in the solar atmosphere is suddenly released.”

For centuries, solar flares have caused various calamities on Earth, such as disrupted communications, blackouts and unusual lights appearing in the sky.

The powerful solar storm not only created auroras across the world, but also interrupted telegraphs for weeks. That was back in the mid-nineteenth century.

Can you imagine, with the modern reliance on satellites, how devastating such a major solar storm could be today?

This is the sentiment of many astrologers and experts, including NASA, who believe the potential for another extreme solar event is on the rise.

In June of 2011, NASA filmed the Sun roaring out a huge solar flare, which was ranked as a Class M flare, just one position below Class X, the most disruptive type.

In the wake of last summer’s solar flare, NASA warned that the sun is entering a particularly active period, and that similar flares are likely to follow the Class M flare of 2011.

In 2012, the sun is approaching the peak of its 11-year cycle, an activity known as “solar maximum”, whereby a few natural fireworks are predicted to take place, with solar activity expected to peak around 2013.

As we saw last summer, most solar flares only cause minor disruptions with power grids and satellites. However, NASA warns that there is a very good chance that a “monster” flare, like the one of 1859, could hit Earth.

In an article published in PCMag.com, Michael Hesse, chief of NASA’s Space Weather Laboratory at the Goddard Space Flight Center in Maryland, wrote about the most drastic ways that a huge solar flare could affect Earth. (1)

“The worse-case scenario is an extreme event. If it were to happen and we don’t take any precautions, it would probably knock out our power grid for an extended period of time and destroy a sizeable fraction of our satellite infrastructure.”

Solar Flares Could Cause Increase in Earthquakes

In what ways can solar flares affect Earth as we know it?

According to NaturalNews.com, when solar activity is intense enough to send solar flares or Coronal Mass Ejections (CMEs) into the Earth’s atmosphere, it will affect the Earth’s electromagnetic energy filed (EMF) (2).

Speaking to Natural News, Karl Shrijver of Lockheed Martin’s Solar and Astrophysics Lab in Palto Alto, warned that as increased solar activity may disrupt the electrical grid and electronic communication, this could affect food and water supplies on Earth.

Karl stated that it would therefore be a wise precaution to stock up on extra food and water in case, as Karl Shrijver put it, “We see solar storms, playing out on scales we scarcely imagined before.”

According to some researchers, the potential disruption and damage a huge solar flare could cause penetrates deeper into the Earth’s environment than just affecting power grids and communications, as strong solar activity can also unsettle the Earth’s tectonic plates and trigger earthquakes.

CME activity has been linked to recent earthquakes, including the Japanese earthquake of 2011, which was Japan’s most powerful earthquake since records began. That earthquake killed 15,844 people and injured 5,890.

A CME was released on February 15, 2011, and then another on March 7, 2011, just prior to the New Zealand and Japanese earthquakes.

Of course, while the majority of people on Earth spend daily life on the ground where the magnetic field and the atmosphere block out almost all of the harmful radiation and charged particles caused by solar flares, this is not the case for astronauts and airline pilots.

This is why the health issues that solar flares may cause also need to be addressed.

At the Cornell website, in an article titled “What are some of the effects of solar flares on Earth?”, author Amelie Saintonge writes that solar flares bathing astronauts, airline pilots and cabin crews in harmful radiation create a significantly increased risk of contracting cancer.

Of course, as many readers are likely aware, according to several Doomsday scenarios, in 2012, we will be presented with the Mayan Prophecy-fueled “end of the world”.

Unlike most other Doomsday predictions, this odd correlation between the time cycle in the Mayan calendar and the 11-year solar cycle, is actually based on scientific evidence.

Whether it will truly mark the “end of the world” or not, one thing is for certain – the swelling solar activity is likely to create at least a few interesting fireworks in the sky and maybe even on the ground during 2012.