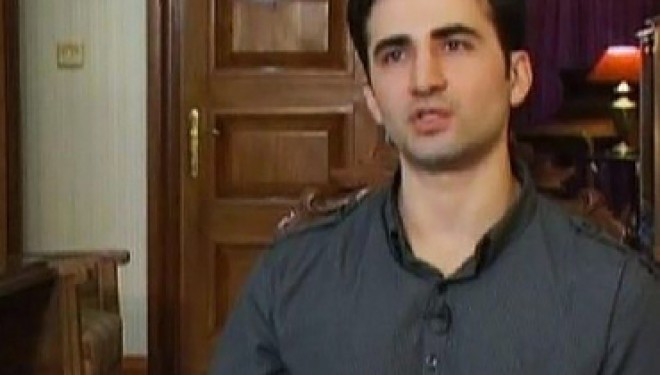 News about an Iranian court sentencing an alleged American spy to death is now hitting the mainstream media like a storm.

However, the blog IntelNews.org covered the story weeks ago, when writer Joseph Fitsanakis reported on the release of the video tape by the Iranians of Amir Mirzaei Hekmati admitting that he was a CIA spy.

According to the IntelNews report, Amir disappeared in September while traveling to visit his family in Iran,a nd his parents back in Michigan did not hear anything about his whereabouts until December 18th.

According to Amir’s father, Ali Hekmati, his son did work as a translator during his time in the US Marine Core in Iraq, and subsequently worked as a private contractor after his military service, still doing translation work for the Marines.

About a week ago, President Obama approved new sanctions against Iran, prompting threats from Iran to close the Strait of Hormuz, which would impact global oil supplies.

It appears that Iran may be using 28 year old U.S. citizen Amir as a pawn in its sanctions-war with the U.S.

In the press release issued from Tehran, Iran accused Amir of “working with the U.S. hostile government, spying for CIA and moharebeh (waging war against god).”

Only a little bit of investigation reveals just how ludicrous the Iranian claims are.

Military Service But No CIA Connections

After serving with the Marines in Iraq, in 2006, Amir started his own linguistics consulting company called Lucid Linguistics based out of Flint, Michigan.

Business records from Michigan show that Amir’s company had 5 employees and by 2011 was averaging gross sales of only about $300,000.

The only real connection that can legitimately be made connecting Amir to any Intelligence work, was his cooperation with the Defense Advanced Research Projects Agency (DARPA) in developing speech translation technologies for U.S. troops.

In a paper titled “Applying Automated Metrics to Speech Translation Dialogs” published by the Mitre Corporation and the National Institute of Standards and Technology, Amir Hekmati is listed in the “Acknowledgement” section for contributing to the “enormous effort required to conduct the TRANSTAC evaluations and analyze the results.”

However, the Iran-Times blasted the Islamic Republic after it pointed to Amir’s work with DARPA as evidence of Amir’s connection to U.S. Intelligence. “The Islamic Republic said Hekmati worked for different US intelligence agencies, including the Defense Advanced Research Projects Agency (DARPA). DARPA is known worldwide as a major technology center; it is not an intelligence agency.”

Further contradicting Tehran’s claims is the fact that Hekmati consistently posted his profile, under his real name – not a cover name, as a linguistics contractor on freelancer websites like Alibaba in hopes of obtaining new clients for his company.

That behavior is not what one would expect from a well-paid government intelligence agent trying to work covertly for the CIA.

Two interesting things to note about the Tehran press release is first, that it came on January 9th, a week after President Obama approved the Iran sanctions, even though Amir has been detained by the Iranians for nearly a month.

It is also interesting that the Tehran press release states:

“During the trial session, Hekmati defended himself and confessed to his crimes. He claimed that he had been deceived and had not sought damaging Iran’s interests.”

This statement may actually be true.

Interrogations of Amir may have included lies that the Iranians had evidence of real CIA connections to the DARPA project Amir assisted with, even though none exist.

After convincing Amir that those connections were real, Amir likely believes that in working for DARPA, he was “deceived” into assisting some CIA operation that even he did not know about at the time.

The only problem is that the CIA connections don’t exist, and the only deception in this case appears to be on the part of Iran.