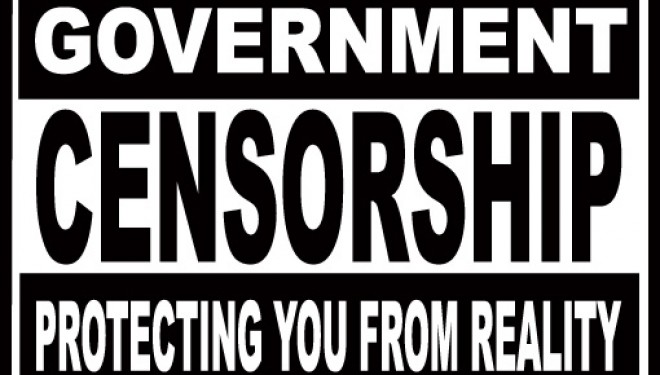 I don’t know about you all, but after a whole day offline in protest of the upcoming PIPA and SOPA legislation votes in Congress, we’re just about bursting at the seams to get back to work.

Thank you all for your patience and understanding during our day of silence. I’m sure everyone can appreciate the importance of this cause. The following is the message that we posted on our site during the outage. We’ll leave it reproduced here for anyone that arrives late to the party.

If you are concerned about the issues presented in the legislation that your representatives are going to be voting on in the near future, the best thing you can possibly do is contact those representatives and let them know how you feel.


Our Message During the “Day of Protest”

As many of you have heard by now, countless websites are going completely or partially dark in order to protest two bills going before Congress.

The heart of each bill is in the right place – ending online piracy is critical to protecting the economy and American creativity by avoiding financial harm caused to the movie and music industries by piracy. This is an important issue.

However, the semantics of these two bills are such that they would literally allow unprecedented censorship of the Internet – one of the last remaining places Americans and people across the globe can go to obtain truly unbiased and free information.

Voting on these bills start January 24th, so it is critical that we act fast. The only ones who can stop this censorship are your elected representatives – you know, the ones that have promised to represent what you believe should be true and just in our nation’s laws.

The government should not be allowed to be strongarmed or hijacked by Hollywood or by the recording industry. We stand behind anti-piracy laws, but these two bills are not appropriate to the task at hand.

Anti-Piracy laws have been considered before, and they have been protested before – and lawmakers have repeatedly ignored the voices of the American people.

However, this time is different. Once you understand these rules, you will understand just what is at stake. Texas Representative Lamar Smith, the U.S. Chamber of Commerce, and the recording and movie industries have developed and pushed this bill. The time has come when the U.S. government is going to decide whether or not the Internet should be censored by the government.

The bottom line is that the words “foreign infringing sites” that describe websites containing copyrighted content are too vague, and could be twisted in a way that would allow any site to be taken off the Internet at the government’s whim. The issue is that the bill would create a government oversite of the Internet – not unlike China’s – where the U.S. attorney general could obtain a court order against offshore websites and have U.S. Internet providers block content from that site.

The website would essentially disappear to U.S. citizens. And since U.S. citizens still make up the vast bulk of Internet traffic – this would be a death sentence.

This means the U.S. government will be able to force U.S. ISPs to block incoming Internet traffic from other countries and foreign websites – many of which are the few places Americans can go to escape U.S. corporate-controlled media sources.

If this bill passes, it will move the world’s most free nation into the dark ages of government-controlled censorship. It would be a dark day, indeed – in more ways than one.

Please support this protest by contacting your State Senators and Representatives and demanding that they vote against SOPA and PIPA. The only power strong enough to stop the influence of corporate-lobbyists is the collective voice of the American people.

If that voice is loud enough, our elected representatives are forced to listen. At least, that is how it should work.

Check out Wikipedia for more information about SOPA and PIPA.