How I Became a Conspiracy Theorist – Part 4 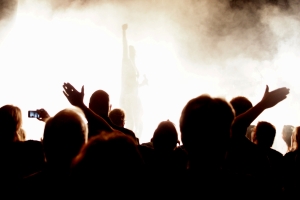 Conspiracy theory, around the time I graduated college, ceased being a way of looking at the world. Rather, it was a form of an entertainment — and one that I hoped to use as a hustle.

My intentions weren’t entirely ignoble. I wanted to put out a good product… at a fair price, of course, that would provide me with a good profit.

After college, I began to fancy myself a bit of a conspiracy intellectual and budding impresario, a future film producer, book publisher, trendsetter and just about anything else that involved having a great hook, but not doing a lot of work.

And so, after smoking a lot of weed and staring at the Lovers Tarot card for some time, I came up with the idea of getting people together under one big tent to view my version of reality for a couple hundred bucks a pop.


Having Others Pay For The Party

The final result wasn’t something that made me a star or even a few bucks. It was, however, the best birthday party I could possibly imagine, and took place largely on other people’s dime.

I got to hang out with one of my favorite artists, perform in a piece of histrionic experimental theater, and get f’d up on just about every substance readily available to man.

Truth told, I don’t remember much about the inaugural Esozone weekend, though some footage is preserved for posterity on the Internet.

Sadly for my beloved readers, none of it shows me in various states of intoxication, making out with lesbians or irritating low-rent British cult leaders.

More and more, I moved away from the realm of conspiracy. Today I consider myself a Marxist and an open-minded skeptic on the subject of conspiracies, generally speaking.

Your call on whether or not Marxism counts as a conspiracy theory of its own.

More importantly, I’ve come to see conspiracy theory less as some plot hatched by the CIA to make the inquisitive look foolish, but rather as a cottage industry of entertainment.

Blame my own personal cynicism if you like, but conspiracy theory seems to have way more to do with keeping David Icke in turquoise track suits and Art Bell in Filipino mail order brides than anything else.

But don’t take my word for it — look no further than corporate and governmental media entities taking their cues more from Alex Jones than from Brian Williams. 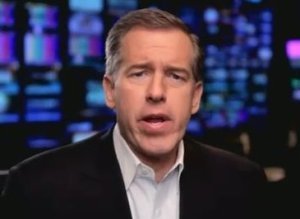 A Conspiracy by Any Other Name?

Names don’t need to be named, and if you don’t know what I’m talking about, you’re either very new at this or engaged in some degree of self-deception.

Crying “conspiracy” at your favorite Russian intelligence operation’s cable news network isn’t just redundant; it’s beside the point. As I’ve said several times in previous columns, conspiracies certainly exist, but are, for the most part, not really acknowledged as “conspiracies” by either the laws of semantics or the laws of man.

I’m not a semanticist, so I can’t propose an alternative term, but I’m going to suggest that “conspiracy theory” (to say nothing of its dreadful cousin “conspiracy fact”) are not only poisoned by associations with elderly bus mall ranters, LaRouchites and vaccine paranoiacs, but the term is also inaccurate.

It doesn’t refer to “conspiracies”, either inclusively or exclusively. Rather, it refers to ideas outside the mainstream of political and scientific thought.

Just as opposition to birth control and gun control seemingly have nothing in common on the surface, neither does a fear of fluoride or a belief that spacemen will soon land on Earth and usher in either an apocalypse or a new age of human enlightenment, as your preferences might dictate.

Rethinking, reframing and renaming conspiracy theory and its tributary streams allows for fresh, new and creative thinking about the same topics. It also allows much baggage to be shed.

While the new conspiracy theory school, whatever it might be called, will be a social science, it should, in fact, be a science.

This means — no more baseless speculation, no more grandiose conclusions drawn from scant evidence and (on the positive side) no more antisemites, switching out “reptiles” for “Jews” in The Protocols of the Elders of Zion and calling it a day.

Perhaps most importantly, this new school of science-based conspiracy school means that hucksters and demagogues like Alex Jones and David Icke must be sidelined to nothing more than sick curiosities.