Conflicts between the United States and other nations not only hurt diplomatic ties, they can also erode the rights of naturalized U.S. citizens, established aliens and visitors viewed as the enemy.

A neighbor becomes a nemesis and friends become foes. Below are four instances in U.S. history when citizens, guests and foreign residents all became alien enemies.

In 1798, the U.S. legislators and citizens were philosophically divided over the French Revolution.

While some people saw Britain as the country’s nemesis and felt France’s political changes were a direct result of the American Revolution, others feared that France’s rebellious behavior might lead to a conflict with the U.S.

The situation became so tense that John Quincy Adams informed his father, President John Adams, that France had plans in the works to invade the U.S. western frontier. Worried that a conflict with France might stir up French sympathizers and divide the nation, Congress enacted the Alien and Sedition Acts of 1798.


The Alien and Sedition Act

Four separate laws comprised the Alien and Sedition Act: The Naturalization Act upped the residency requirement from five to fourteen years, the Alien Act allowed for the deportation of any resident alien considered “dangerous to the peace and safety of the United States.”

The Alien Enemies Act allowed alien residents from countries at war with the U.S. to be deported, and the Sedition Act which made it a high misdemeanor for any alien or U.S. citizen to “make any defamatory statement about the federal government or the president.”

Once the legislation passed, lists of possible deportees were created. But so many people feared deportation, they fled on their own.

The Alien and Sedition Act of 1798 resulted in eighteen indictments, fourteen prosecutions and ten convictions. Upon taking office in 1801, President Thomas Jefferson pardoned everyone convicted under the Act.

Although the Alien Enemies Act was never utilized when tensions were high with the French, The War of 1812 saw enemy aliens being forced to notify U.S. marshals of their presence, obtaining special passports and living at a distance from the Tidewater if they were merchants.

German-American Internment During World War I

Fears about “alien enemies” and individuals with “enemy ancestry” once again emerged during World War I.

By 1917, more than 250,000 German-Americans and Germans living in the U.S. who had declared citizenship in other countries were required register at their local post office and carry a special identification card at all time.

During World War I, more than 6,000 individuals were arrested and sent to one of internment camps in Fort Douglas, Utah or Fort Ogelthorpe in Georgia. 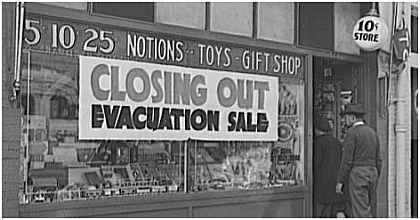 Keeping an eye on the U.S. German-American and Italian-American population during World War II was difficult.

The country’s citizenship had swelled so greatly that no internment camp could hold them all. Instead, officials decided to send more than 11,000 German and Italian-born non-citizen immigrants who were men, women and children to internment camps throughout the country.

One of the worst injustices suffered by Japanese-Americans was the relocation and internment of more than 120,000 individuals in ten U.S. concentration camps scattered across the United States.

Executive Order 9066 signed by President Franklin Roosevelt in 1942 required that Americans of Japanese descent, visitors and legal and illegal aliens be forced to move from their homes, abandon their businesses and live as prisoners in their own country.

Most were given 48 hours to get their affairs in order prior to being shipped off. Although the war ended in 1945, the last Japanese-American internment camp didn’t close until the following year.

Ironically, only 10 Americans were accused of spying for Japan – and all of them were Caucasian.

More than forty years later, President Ronald Reagan issued a formal apology to Japanese-Americans who’d been forced to live in the camps. He also signed the Civil Liberties Act of 1988, which provided every living former internee with $20,000.