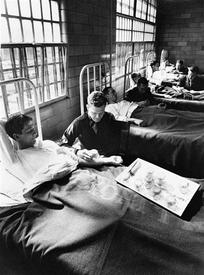 In 1977, the Select Committee on Intelligence and the Subcommittee on Health and Scientific Research held hearings before the Senate on the CIA’s MKUltra program.

The information that came to light regarding MKUltra, and the biological and chemical testing on unwitting subjects, both foreign and domestic, by both the CIA and the Army surprised and horrified members of the Senate.

The fact that such a testing program could be conducted without appropriate oversight and with such extreme secrecy – ultimately leading to the death of two Americans – had members of the Senate up in arms.

In the introduction to the minutes of the first 1977 Senate Hearing, the introduction described two particular projects that were investigated by the committees. The second was Project Bluebird (later renamed Artichoke).

However, the first article listed was a lesser-known project run by the Navy called Project Chatter.

In this article, I intend to review the scant information available on Project Chatter, and explore the details of one particular study conducted by a Lieutenant Charles Savage.

Much credit goes to John Greenwald of Black Vault, for submitting the FOIA requests that resulted in the unearthing of two important documents that mention Project Chatter.

In it’s FOIA response to Greenwald, Kathryn I. Dyer, the Information and Privacy Coordinator of the CIA wrote, “As you may be aware, Project Chatter was a Navy drug testing program.”

She went on to explain that despite thorough searching for records about U.S. Government drug tests that turned up over 16,000 pages that have been released to the public, only one single document mentions the project.

That document was the 1977 Senate hearing on MKUltra.

This is an important lead, because it means that the details behind Project Chatter will not be held by the CIA, but more likely by the Navy – and more specifically the Department of Defense.

The Senate Hearing document described the project as follows.

“Project CHATTER was a Navy program that began in the fall of 1947. Responding to reports of ‘amazing results’ achieved by the Soviets in using ‘truth drugs,’ the program focused on the identification and testing of such drugs for use in interrogations and in the recruitment of agents. The research included laboratory experiments on animals and human subjects involving Anabasis aphylla, scopolamine, and mescaline in order to determine their speech-inducing qualities.”

The document went on to explain that the project included overseas experiments during the Korean War, and that it ended shortly after the end of the Korean War, in 1953.

John Greenwald followed up by submitting a FOIA request to the Navy, which responded in July of 2001.

In its response, Lt. J.L. Roper, a Privacy Act Officer of the U.S. Naval Reserve stated what the CIA had mentioned, but expanded a little by writing:

“The book Acid Dreams – The CIA, LSD, and the Sixties Rebellion, by Martin A. Lee and Bruce Shlain identified Project Chatter as a program under the direction of Doctor Charles Savage of the Naval Medical Research Institute, Bethesda, Maryland, from 1947 to 1953.”

In response to his request, the officer sent Greenwald a 1951 research report written by Lieutenant Charles Savage.

In the document, Savage detailed how he tested the effects of LSD on five “normal” patients, and 15 depressed patients, in an effort to determine whether various doses of LSD would have an effect on depression. 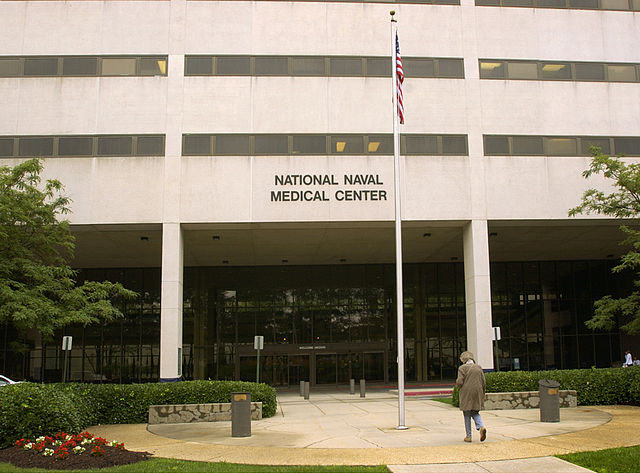 Dr. Savage summed up the results of his research by describing the effects that LSD had on the patients.

“Of 15 depressed patients, three recovered to their pre-psychotic level, four recovered from their depression and were considered improved, while four derived no benefit. The treatment of four was discontinued prematurely. LSD appears to have no specific therapeutic advantage in depression.”

However, not to admit defeat, Savage suggests that although LSD does not cure depression, the hallucinations that it causes could potentially be used as part of a psychotherapy regimen.

The exact details of the study showed that Savage gave depressed patients 20 micrograms of LSD on the first day, and then “increased daily up to a point where a definite psycho-physio-logical effect could be observed.”

He wrote that this effect started in patients ranging from 20 to 100 micrograms. He then conducted “physiological studies” on the patients to determine what changes had taken place.

What made the project particularly disturbing was the procedure with which Savage chose his patients. Described on page 4 of the report, Savage admits that he selected “severely depressed” patients that were admitted at the mental hospital.

“All severely depressed patients of whatever diagnostic category admitted to the hospital were studied extensively. After a period of observation some were given a course of LSD usually of a month’s duration. Follow-up studies were continued for about six months after treatment.”

It seems unconscionable that Savage would call such research a form of “treatment”, since he carefully selected identical patients “comparable as to age and psychopathology” that he intentionally didn’t “treat” in order to have a control group.

He was clearly experimenting, not treating.

One of the most disturbing cases was described on page 5 as “Case II”.

The case betrayed Savage’s earlier claim that he only treated “severely depressed” with LSD. He gave the 20 year old a course of LSD for a month, increasing the dosage “as high as 100 micrograms.”

The results of the “treatment” made the subject lose 10 pounds and suffer from a “schozophrenic reaction” – and no relief from his initial depression. In fact, it is safe to assume that the young man suffered greatly later on, from his experiences at the hands of Lt. Savage.

In a final note – and a small clue as to the birth of modern pharmaceutical companies – Savage acknowledged the assistance of Sandoz Chemical Works of New York as his supplier of LSD.

Today, Sandoz Chemical Works is the parent company of Sandoz Pharmaceuticals, which still deals in the psychotropic drug business. It produces such drugs as Plexonal, a sedative-hypnotic, and anti-epileptic drugs like Mesantoin.

It is a disturbing history that I’m sure the company doesn’t advertise.

As a final note, Charles Savage passed away at the age of 89 in 2007. In his obituary, the family tried to turn his LSD research into some kind of humanitarian cause, referring only to his research conducted on alcoholics.

“He served as LT MC in the Us Navy from 1946 to 1953, he became a practing [practicing] psychoanalyst, was an early researcher in LSD treatments for alcoholism at Spring Grove Sate Hospital….”

There was no mention of his connection to Project Chatter, which by 2007 had already been declassified and released to the public. But I guess you can’t really blame a family for failing to admit that the man was one of a long line of unethical researchers that experimented on unwitting human subjects during the years that U.S. intelligence and military was fascinated with LSD.