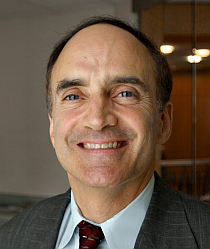 In August of last year, Britain’s Channel 4 broadcasted a one-hour documentary about President Barack Obama’s decision to raid a compound near Islamabad to kill Osama Bin Laden in May 2011.

The documentary, which was titled ‘Bin Laden: Shoot to Kill’, was President Obama’s and America’s top security advisers’ first interview about the subject. In the documentary, President Obama revealed that just days before the attack on May 1, 2011, the CIA had advised him that they were just 30 – 40 percent certain that Bin Laden was even in the compound, and that he was advised not to go through with the “risky” operation.

Despite the warnings, President Obama decided to go through with the raid.

The risk paid off, as Osama bin Laden was shot dead during the raid on May 2, 2011. As the President of the United States announced that the world’s most wanted man had been killed by an elite US Special Forces group, Barack Obama was – rightly – elevated to a hero status.

As the admiration, respect and celebration over the successful mission eventually settled, the world is now left wondering: Would other presidents have taken a similar gamble?

Even Republicans realise that they cannot criticize something so successful and popular as the killing of Osama bin Laden, in a recent interview, Republican presidential hopeful Mitt Romney attempted to ‘depreciate’ the event by explaining that President Obama’s decision to go ahead with the mission was somewhat routine. Romney told reporters, “Any president would have done the same as Obama.”

The ‘belittling’ remark naturally generated a wave of criticism, causing Democrats and Obama supporters to dig up numerous examples of previous presidential incompetence, failure and even, some might say, cowardly weaknesses.

One example of these responses was an article titled, “Any president would have done” written by Robert Weiner, a former Clinton White House spokesman and former senior congressional aide. It was co-authored by Richard Mann, a senior analyst at Robert Weiner Associates. The article was featured as a leading piece in the Naples Daily News opinion section.

In the article, Weiner and Mann say that Romney’s remark was wrong, and back up their claim by suggesting Romney should be “Asking Bush about Tora Bora”.


The Failure of Tora Bora

The reference to ‘Tora Bora’ came from a 2009 Senate Foreign Relations Committee Report titled, “Tora Bora Revisited: How we failed to get Bin Laden.”

“When placed in a similar situation with parallel choices, George W. Bush, Obama’s predecessor, failed to succeed because he made the opposite decision. In December 2001, Bush had the chance to capture bin Laden in Tora Bora, Afghanistan, was faced with the choice of doing it ourselves or involving a foreign government, and blew it by asking the Afghanis to do it. Whether by ineptness or intent, the Afghani troops allowed bin Laden to escape.”

This blunder on Bush’s behalf by involving a foreign government is in stark contrast to Obama’s decision keep the raid hidden from the Pakistani Government.

Part of the ‘emotionality’ created by the ‘Shoot to Kill’ documentary was its focus on the sheer discreetness of the Islamabad raid, in which President Obama even kept secret from his own family. Weiner and Mann wrote:

“When Obama was questioned as why he did not inform the Pakistanis in advance about Abbottabad, he said, ‘I didn’t tell most people here in the White House. I didn’t tell my own family. It was important for us to maintain operational security.'” 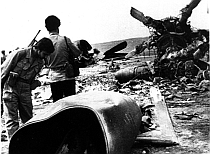 Other Past Presidential Failures

Another example of presidential failure when carrying out top secret raids was Operation Eagle Claw.

In 1980, the American military operation was ordered by former US president Jimmy Carter, in an attempt to rescue 52 Americans who were held captive in the US Embassy in Tehran, Iran.

In what has been referred to as a “humiliating public debacle”, US helicopters crashed, causing the mission to fail and consequently damaging America’s reputation and prestige worldwide. The failure was believed by many – even Jimmy Carter himself – to have played a significant role in Jimmy Carter’s defeat in the 1980 election.

Of course, one should be cautious about gloating too much about the success of the bin Laden killing when, as President Obama admits himself, it very nearly ended in disaster and almost fell apart before it even got started.

However, the fact that it didn’t end in disaster, and that Barack Obama was willing to put his presidency on the line in a nail-biting mission that ended up killing the world’s most wanted man, should insure that anyone can only praise Obama for having the courage, the knowledge and the intuition to move ahead with the operation.

Similar to Jimmy Carter’s failed mission in Iran playing a role in his bid for re-election, I am confident that if Obama’s 2011 mission in Pakistan had also been a disaster, he would be likely be facing a similar defeat in the 2012 US presidential election.

However, instead of Obama’s rivals having the ability to use a failed raid as a means of attack, they have resorted instead to demeaning what was in all reality a brave, popular and potentially life-saving mission.

Romney and others may like to make the claim that “Any president could have done it”, but as history has shown, not every president has.