War Against the Weak: How Philanthropy Funded the US Eugenics Movement

Now just coming to light, the Tar Heel State’s genetic agenda was a horrifying chapter in U.S. history. But few people realize similar programs prevailed in more than 30 other states – with many receiving support from some of America’s most prominent philanthropists.

Defined as “good breeding,” eugenics has been a part of the U.S.’s fabric for close to a century. Eugenics laws popped up across the country, starting in Indiana around 1907.

Compulsory sterilization, strict immigration policies and intelligence testing were all considered acceptable weapons against the “rising tide of feeblemindedness.”

Something needed to be done quickly to protect pure American bloodlines. Eugenics supporters like primatologist and ethologist Robert Yerkes believed immediate action was necessary. “No citizen can afford to ignore the menace of race deterioration,” he wrote.


Raped by the State of North Carolina

Sterilizing individuals considered unfit to reproduce was a policy that took hold in North Carolina in 1929. Within four years, the state created The Eugenics Board of North Carolina to make sterilizations legally compliant.

If individuals refused to give permission, consent from next of kin, a spouse or legal guardian was an alternative. Petitioners usually had 10-15 minutes to discuss their case before a decision from the board of five members was meted out.

Race may have played an issue in later years but The North Carolina History Project Reports that from 1929-1940 Caucasians made up close to four-fifths of forced sterilizations. 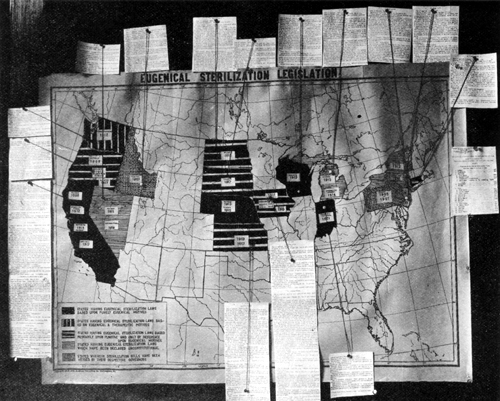 Poor black women eventually comprised six out of seven of all forced sterilizations in North Carolina until the state’s Eugenics Board disbanded in 1977.

Elaine Riddick was one such victim. Raped at the age of 14, the poor and pregnant Riddick was sterilized after giving birth. The scared teen’s illiterate grandmother, “Miss Peaches,” had naively granted permission for the state to perform a “procedure.”

“I was raped twice,” says the now 57-year-old Riddick. “Once by the perpetrator and once by the state of North Carolina.”

In January 2012, the North Carolina Eugenics Compensation Task Force recommended paying surviving victims $50,000 each. Governor Bev Perdue has received the recommendations, will add her own and present them to the General Assembly for a final decision.

“The state recognizes that a wrong has been done and while these actions can never be reversed, the governor has made it a priority to reach out and help identify and compensate victims for their experience,” said Jill Lucas, communication director for the North Carolina Department of Administration. 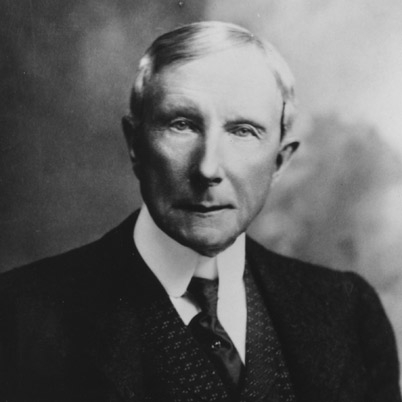 Eugenics may have been a growing social movement at the turn of the century, but it had help from big money. Researcher Nicholas Scott explained:

“It is clear that without the backing of rich elite in both capital and in name, the eugenics movement would not have had the financial stability or the assurance of the public to exist as a large-scale entity.”

Clearly, eugenics struck a chord with America’s elite. Millionaire John D. Rockefeller explained that proactive eugenics programs were necessary to “search for cause, an attempt to cure evils at their source.”

In 1913, the paper reported that the ERO’s goals included the “study [of] America’s most effective blood lines,” determining the “best methods of restricting the strains that produce the defective and delinquent classes of the community,” and studying the bloodlines of immigrants.

“War Against the Weak” author Edwin Black wrote that Harriman was such a supporter of eugenics that she paid New York charities to find Italian and Jewish immigrants for sterilization and deportation.

Carnegie cash funded the study “Preliminary Report of the Committee of the Eugenic Section of the American Breeder’s Association to Study and to Report on the Best Practical Means for Cutting Off the Defective Germ-Plasm in the Human Population,” which focused on erasing the “socially unfit from the defective inheritance.”

The research paper even presented the alternative of euthanizing anyone deemed genetically inferior.

Philanthropy Daily writer William Schambra’s “How the Carnegie Corporation Contributed to NC’s Shameful Past,” reveals the tycoon believed charitable donations did little to combat the true roots of society’s gravest problems and only served to fund “…the slothful, the drunken, the unworthy.”

Osborne’s clever tactic transitioned the freakish pseudoscience of eugenics from a hobby of the wealthy to a formal field study.

In 1940, Osborne explained his own personal beliefs in the preface to Eugenics.

“The inexcusable process of allowing feebleminded persons … to reproduce their kind is on the way to being checked in a number of states in which such persons may be sterilized.”

Philanthropy’s Dark Side in North Carolina

One of the colleges supported by the Carnegie Institution was the Bowman Gray School of Medicine in North Carolina.

The Human Betterment League was accused of having a role in forced sterilizations and working with Bowman Gray School of Medicine. Hanes supported the North Carolina program with money and clever PR created by a Manhattan ad agency while Gamble spent his time trying to promote sterilization through personal writings.

In 1947 Gamble wrote “The ‘Lucky’ Morons,” a poem that describes how society disintegrates when two “morons” meet and fall in love. While Gamble hoped the North Carolina Mental Hygiene Society would use the poem to promote sterilization, his writing was considered so negative that it was turned down.

Hitler remarked to a colleague that he’d studied American sterilization laws with “great interest.” Hitler also mentioned that he’d carefully reviewed “the laws of several American states concerning prevention of reproduction by people whose progeny would, in all probability, be of no value or be injurious to the racial stock.”

By 1934, Germany was performing up to 5,000 forced sterilizations a month on anyone who didn’t meet Aryan perfection.

Ironically, while U.S. citizens criticized the cruelty perpetrated by the Third Reich, they allowed many similar policies to flourish in places like North Carolina.

Concludes Elaine Riddick’s son Tony ,“The work of the Eugenics Board was not far from the thinking of Hitler.”