Last week’s uprising may be a sign of things to come for communist China. 2012 serves as a watermark year, for many of China’s old guards will retreat into retirement.

Now, in their place, is a power vacuum waiting to be filled by the princelings, or offspring, of Mao-era revolutionaries. At stake is the control of the second biggest economy in the world and the ‘benefits’ that come with it.

With China minting a new billionaire every twenty days, 90% of which are communist party members, there is a lot to fight for. But will this end up as another Tianenman?

The Beijing coup was nothing less than a pre-emptive strike against one of China’s most charismatic and strongest new leaders, Bo Xilai. He is the first casualty in the chess match for preeminence in the fracturing government of China.


Who was Bo Xilai?

Bo Xilai, a princeling, was the talk of China for weeding out corruption in Chonqqing, a special development zone where corruption knows no bounds.

Bo marched into Chongqing and cleaned house, making him the poster boy for the so-called ‘just’ communist party. However, as the Chinese saying goes, “the nail that stands up gets pounded down,” and so did Mr. Bo.

For now, the communist propaganda machine is in overdrive — excoriating the man once hailed as the savior of China.

Allegations fly that Mr.Bo engaged in ruthless tactics — a red terror — to root out corruption in Chongqing. To make matters worse, the communists are also alleging that Mr. Bo was dirty, accusing him of connections with the Macau underworld and asking what part, if any, they played in his ousting.

The most recent scandal involves Neil Heywood who soon died after a business disagreement with Bo and/or his wife. The Heywood story is particularly troubling because his body was cremated. Thus, no real cause of death could be proven.

So, what does this have to do with governing China? Everything.

Mr. Bo was a powerful man who won the hearts of the locals. As a matter of fact, upon his dismissal, the Chongqing forces were called out to quash any possible uprisings.

Bo was a man that Beijing feared; and when a person is feared by Beijing, they inevitably get cut down to size. In China, when a party member steps over the line, he or she is accused of corruption and tried before the press.

But how much of this can be believed? In China, a country who loses hundreds of billions of dollars to corruption, clean politicians stand out.

China’s current leader, Hu Jintao, has earned the moniker, ‘The Butcher of Tibet,’ for squelching dissent and maintaining order over the Buddhists. Supposedly, Hu Jintao’s son and Wen Jiabao’s wife have also been linked to corruption, but that is another case. As for the leaders of the party blaming Bo for his overzealous pursuit of corruption, can that be believed? One has to wonder whom to believe.

Beijing rolls on and Mr. Bo’s deeds and memories are being cleansed from the annals of the city of Chongqing as we speak. His policies have been overturned and the presence of his right hand man is being erased from the public eye. 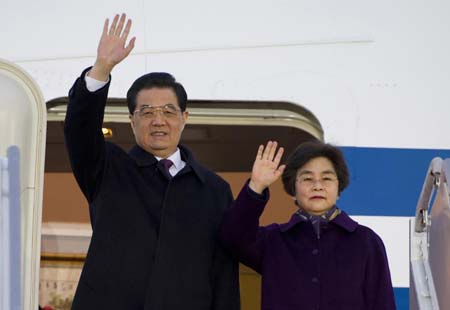 The problem is that in 2012, over 60% of the leaders of China’s communist party and at least six members of the all-powerful Standing committee will be vacating their spots.

To those of us who enjoy free elections, this fact means little to nothing. In China, however, things are different. Throughout her 2000-plus years of history, China has consistently forced the leaders to change by the muzzle of a gun. In a country where Chinese-on-Chinese is typical, the party is nervous.

Bo represented the biggest challenge to the party. As a charismatic, beloved leader of the people, he was the first to fall. There are at least two contingents who stood to gain from his demise, but who will be next?

The juggling for the right to power over China has begun.

With Mr.Bo out of the way, Beijing can rest easier. Or can they? Surely the most recent coup attempts were no Tiananmen Square, they were worse. While the protests of 1989 were a sign of the times, and youthful zealots were calling for more transparency, last week was much more alarming.

Where Power and Loyalty Lie

The men in this new game are playing for keeps. They are not armed with Steno notebooks and pens quoting democratic slogans, they are men in possession of massive arsenals and nuclear warheads.

Hu Jintao and the communist press have reminded the military where their loyalty must lie. To punctuate this point, certain police forces were neutered—their power curtailed.