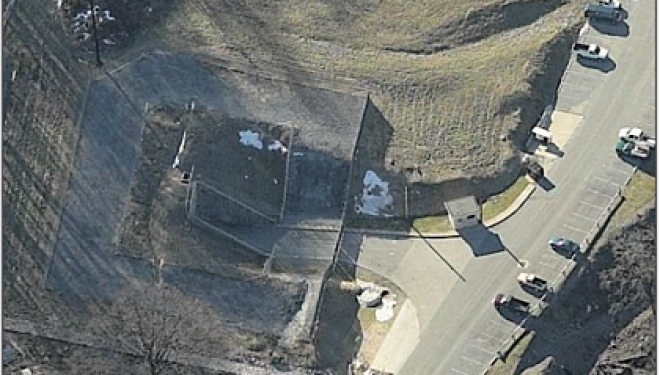 During the 1950s, the United States constructed an underground facility roughly 6 miles from Camp David on Raven Rock Mountain, in direct response to the Soviets detonating their first nuclear bomb in 1949.

The underground facility is home to the Alternate Joint Communications Center (AJCC); however, it also serves as a disaster recovery and Emergency Operational Center for several branches of the military.

Most of the activities of the Raven Rock Mountain Complex, commonly referred to as Site R, are classified.

It appears that the government greatly discourages any and all release of information about the facility. However, what is known about the site is that the AJCC provides communication support to various military agencies.

Sometimes referred to as the “Backup Pentagon,” the AJCC has the technology to support a wide array of “customers.” According to documents obtained from TheBlackVault.com, these customers include:

Since the government is so tight-lipped about the complex, not many details are known about its construction or layout. However, what is known is that Site R is a vast network of corridors that boasts two power plants and its own internal water supply.

It also consists of an impressive antenna array to help support the communication effort that goes on there. The documentation posted on TheblackVault.com depicts a high-level overview of the facility layout, but very few details can be discerned from the very rough schematic.

PublicIntelligence.net has some interesting aerial images from the complex; however, similar (and in many cases better) images can be obtained from Google maps.

Actually, Google Maps lets the user zoom right in on the tower array that sets on top of the Raven Rock Complex.

Not only can the average Google user zoom in on the tower array, but several other important features of the complex are available as well. Two additional features that can be closely studied using Google Maps are the Helipad and a guard tower closely situated near the tower array.

And, here is the heli-pad:

At first, it may seem somewhat negligent to have such close-up images of a classified government facility so readily available on the Internet. It would seem almost dangerous to have such images of what can easily be described as one of America’s most important communications hub.

It has been said that the Raven Rock Mountain Complex was one of the “undisclosed locations” that Vice President Dick Cheney was brought to during 9/11. So why is the government so reckless with the images?

The truth of the matter is that it really is not that reckless at all.

What images that can be obtained from the Internet are really only the very tip of a vast network that stretches deep within Raven Rock Mountain. Even access points into the facility for critical areas, such as Portals A and B, can be zoomed in on.

Nevertheless, no real detail can be obtained from the images.

Essentially, this is no different than zooming in on the front door of someone’s home. Sure you can see their front door, their roof, or even their back patio. Yet, images such as these provide no real clues as to what goes on inside the facility, or what is actually in there.

The Raven Rock Mountain Complex is a highly classified government facility with the main goal of keeping the lines of communication open for the American military, even during times of emergency.

Even though images of the facility are readily available of the exterior of the complex, they pose no real security threat to the facility itself or its mission as a whole.

Why? Because the real secrets about this complex lie deep within.