Lincoln Institute Says Coastal US Should Prepare for Climate Change 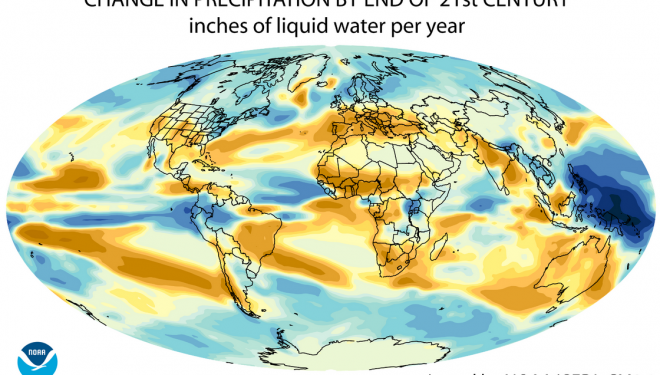 According to research findings by the Lincoln Institute of Land Policy, coastal regions of the United States should start preparing immediately for a sea level rise and major storm surges associated with global climate change and extreme weather events.

The Institute used several case studies for “adaptation response” in areas such as New Orleans and Los Angeles in the U.S. as well as Melbourne and Sydney in Australia.

The Institute became involved in the research in 2006 when mayors of 30 of America’s largest cities began signing the U.S. Conference of Mayors Climate Protection Agreement which was launched by Mayor Greg Nickels of Seattle and inspired by the Kyoto Protocol.

Initiatives resulting from the case studies include creating a “super-agency” to manage water supplies in California cities or planning a “strategic retreat” of homes and buildings in the case of major storm surges and flooding in New York or Connecticut.


Climate Change Will Be Significant

While the debate regarding what actually causes global warming or cooling has been raging for years, the Institute offers suggestions outside of that debate – these are suggestions to deal with the symptoms of climate change, regardless of the cause.

The publication from the Lincoln Institute makes it clear just how urgent it is for city planners to make changes as soon as possible, and hints at just how significantly climate change is going to change the world in the coming years.

“We are humbly aware that this is only an initial response to a challenge with a magnitude of potential impacts never before experienced in human history, a challenge that will test our ability to work together at every scale.”

Much of the report is drawn from “severe climate impacts” that have already been observed by scientists, including record-breaking temperatures and precipitation around the world.

Preparing for the Worst

A press release from the Lincoln institute paints a picture of a point of no return – when reducing greenhouse emissions is simply not enough, and that countries must begin preparing for the worst.

“At least from the vantage point of the United States, it appears that the pendulum has swung from an initial emphasis on mitigation – the reduction of GHG emissions…- to one focusing on adaptation, or managing the risk of climate impacts that cannot be avoided, as cities prepare for the onslaught of climate-related impacts.”

The idea that climate changes will be creating severe storms is supported by the United States Environmental Protection Agency, which offers climate models and analysis that also show that tropical storms and hurricanes will become more intense and will generate much more rainfall – which will ultimately lead to flooding. The EPA also confirms that sea levels are expected to rise as mountain glaciers and small ice caps continue to melt. The EPA estimates that the global sea level will rise by 7.2 to 23.6 inches by 2100. If the ice flow were to “increase linearly”, which is possible given the trend of global temperatures, that sea level rise would be between 19.2 to 31.6 inches. (2)

In January of 2012, Top Secret Writers interviewed Dr. Arthur Bradley about his book, the “Handbook to Practical Disaster Preparedness for the Family”.

In that interview Bradley detailed that while disaster-preparedness and survivalists are often shunned as extremists and “end-of-the-world” enthusiasts, the sort of signs reflected by climate change demands that families everywhere do what’s necessary to prepare for the sort of disaster threats that weather could cause in your area.

“First, identify the threats that are most likely or worrisome. Next, assess the impacts of those threats, such as food shortages, water contamination, etc. Finally, take reasonable and effective steps to mitigate the impacts. Perhaps by stocking up on consumables, shoring up your home, learning some important skills (e.g., first aid), and establishing a network of likeminded friends and neighbors.”

Given that there’s enough evidence to show that climate change will certainly be increasing the intensity and effects of the Earth’s climate, there is no better time than the present to make sure that your family is prepared for whatever mother nature might throw your way.