Operation Garden Plot – How the Government Will Respond to Social Unrest 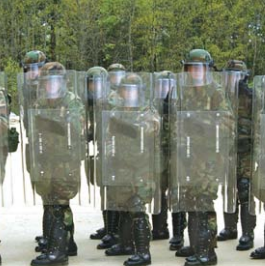 Operation Garden Plot is a strategy developed by the U.S. Military and National Guard to respond to any major domestic civil disturbances that may occur within the United States.

The plan was initiated as a response to the civil unrest that occurred during the 1960s in the U.S, and is now under the control of the U.S. Northern Command (NORTHCOM).

In 1992, when Los Angeles experienced its worse civil disturbances since the riots of the 60s, Operation Garden Plot was activated once more with more than two thousand National Guard soldiers being called in to assist state police in restoring law and order.

On September 11, 2001, Operation Garden Plot was galvanized again but went under the name of Operation Noble Eagle, following the terrorist attacks on the Unites States. According to GlobalSecurity.org, the former President George W. Bush authorized a partial mobilisation of the reserves for homeland defence and civil support missions in response to the 9/11 terrorist attacks (1).

In the wake of 9/11, the U.S. government and military has employed several new counterterrorism strategies. Security in the United States has never been so rigorous.

Operation Garden Plot, whilst established long before the 9/11 attacks took place, is one strategy that is in place for dealing with domestic disturbances in the United States, including terrorist attacks.

But what exactly are the methods and strategies the U.S. military would adopt in the case of a major, violent U.S. revolution?

The document states that that OPLAN, or Garden Plot, supersedes the DA Civil Disturbance Plan, initiated on 1 March 1984 and that:

“Garden Plot applies to the military departments, the unified and specified commands, the defense agencies, and other DOD components for planning, coordinating and existing military operations during domestic civil disturbances.”


In preparation for controlling major domestic disturbances under Operation Garden Plot, the document states that general units designated for civil disturbance operations will be:

The Use of Weapons

Under the title “Special Orders for civil disturbance operation”, the Department of the Army Headquarter’s OPLAN document talks about the importance of retaining a “neat military manner and appearance” as being a criterion of its defense civil disturbance plan.

Interestingly, point ‘four’ of the section advises the military: “When firing is necessary, if possible, shoot to wound, not to kill.”

It is perhaps the ‘if possible’ part of this civil disturbance plan clause that is the most worrying.

Also in The Black Vault’s collection of documents related to Operation Garden Plot is a paper entitled ‘Civil Disturbance Operations’, which was written by the U.S. Department of the Army in April 2005.

Chapter 2 of the report concentrates on Control Force Operations and the importance of ‘information’, which the authors assert as being the ‘key to developing civil disturbance plans’.

“The more knowledge a commander has about the participants, the better equipped he is to counter their actions,” stipulates the Department of the Army’s report. In the case of a violent disturbance erupting in the U.S, the document highlights comprehensive ‘civil disturbance planning considerations’.

Weapons are a main focus of this section of the report, with examples such as. “Choose the M9 pistol for extraction and apprehension teams” and, “Balance the mix of weapons and munitions according to the mission, enemy, terrain, troops, time available, and civilian considerations.”

“Lethal rounds” are also frequently referenced throughout the “Weapon and Ammunition Configurations” section of the Department of the Army’s report, stating that “Individuals designated as NL shooters must have the means to transition to lethal rounds.”

As well as using the presence of weapons as a means of controlling riot crowds, the U.S. military writes of implementing methods that have profound psychological effects on crowds during major disturbances as well.

One way to invoke crowd apprehension and psychological intimidation is to employ military working dog (MWD) teams with a control force formation.

The paper goes on to highlight the ‘nonlethal capabilities set and employment considerations’ used for crowd dispersal, of which numerous lethal-looking dispersal devices are pictured and described.

Once such device is the 40-millimeter crowd dispersal cartridge, which is a:

“…multiple projectile round with 48 calibre hard rubber balls that is designed to be fired and employed with the purpose of affecting multiple targets.”

Although these weapons are described as being ‘non-lethal’, if, the report continues, engagement is inside ten metres, the 40-millimetre crowd dispersal cartridge could cause ‘serious injury or death’.

Another supposedly ‘non-lethal’ device the military would use to control civil disturbances in the U.S, which comes with a warning that if used within ten metres of someone “may cause serious bodily harm or even death”, is the Modified Crowd Control Munitions-Ground Emplacement (MCCM-GE).

The device is an NL munition that can deliver six hundred 32-caliber rubber pellets and a flash bang effect, to “stop, confuse, disorient, and/or temporarily incapacitate area targets.” 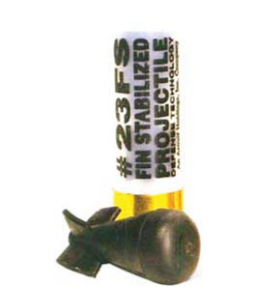 Paranoia of the Thief

For some, the training of military and police forces and the development of “emergency” responses that includes shoot to wound not kill “if possible”, and the deployment of ‘non-lethal’ devices that may cause death if used too close to a target in the event of civil unrest, is an example of American corporate and military directorship, which has the power to enforce its definition of “disorder”, and which views democracy as a threat, and counter-revolution as a “national security” requirement.

Frank Morales is one such thinker who wrote an interesting paper in 2002, entitled “U.S. military Civil Disturbance Planning: The War at Home”.

Morales refers to “Operation Garden Plot” as the U.S. military training its troops and police to suppress democratic opposition in America.

“The elite military/corporate sponsors of Garden Plot have their reasons for civil disturbance contingency planning. Lets’ call it the paranoia of the thief. Their rationale is simple: self-preservation. Fostering sever and targeted ‘austerity’, massive inequality and unbridled greed, while shifting more and more billions to the generals and the rich, the de-regulated ‘entities of force’ and their interlocking corporate resistance. To this end, they are rapidly consolidating an infrastructure of repression designed to ‘supress rebellion’ against their ‘authority’. Or more conveniently put, to supress ‘rebellion against the authority of the United States’.” (2)