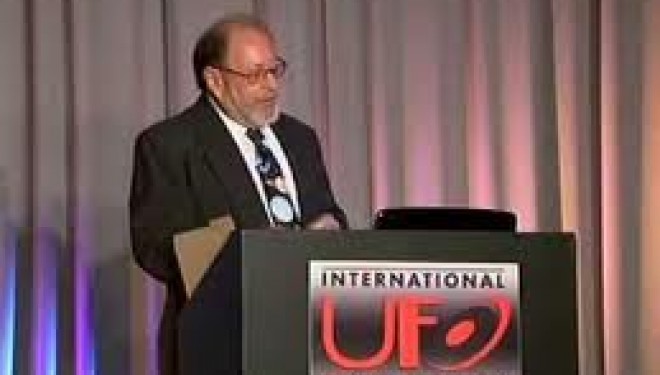 For the last few months, I’ve held off on publishing a story written by Janet about Dr. Roger Leir and his work involving so-called alien implants.

There were two reasons for holding off. The first was that I wanted to confirm that Dr. Roger K Leir’s credentials were real. He is in fact licensed with the Board of Podiatric Medicine in California in 1964, and other than a probation period from 2001 through 2002 (see case 1B1994035623) supposedly (according to Leir) related to his book publicaion in 2000. However, today his license is in good standing.

The second reason I held off on the case is the bad taste in my mouth related to the field of Ufology.

In 2005, I was deeply involved in Ufology-related study and research, and cut my teeth on a few of the ongoing online scams at the time. After working long days and nights with fellow researchers on tracking down the background of various hoaxers for a few years, I have to admit I got tired of the field.

It became clear to me that Ufology is a field that has, for many decades, been filled with people that have more imagination than common sense. In the worst cases, there are people that have very serious mental health issues.

I don’t say that facetiously or with spite, it is an observation made after having one-on-one conversations with many of them, and observing an unexplainable unwillingness to connect reality and facts with their theories and explanations for unusual phenomenon.

I realized that the field is better analyzed from the outside, from 50,000 feet I guess you could say. Rarely, any more, do I bother going to UFO forums, blogs or even bother dealing with authors or scientists that are too far entrenched in the field.

At this point, I believe they are too contaminated by the madness to see the forest for the trees.

So, it is with great trepidation and caution that I decided to turn the attention of TopSecretWriters to the case of Dr. Roger Leir.


In summary – Dr. Roger Leir has been active in Ufology for a long time.

Since 1995, he has been investigating what he believes are alien implants in his patients, he investigated the alleged “UFO crash” in Brazil and wrote a book on it, and he was one of the scientific consultants to NIDS, the UFO research organization founded and funded by Las Vegas real estate billionaire Robert Bigelow.

Those are the credentials that stand out against Leir’s credibility, because they establish him as having relationships with those individuals that make up the vandguard of “old-school” Ufology, people that have kept the field hijacked with silly theories, even sillier research efforts, and endless assumptions – without thorough exploration of all other possibilities – about the cause of various phenomenon being extraterrestrial in nature.

However, what concerns me, and the reason I’ve finally decided to cover Roger Leir’s story, is because of his mainstream credentials (which are, in fact, legitimate), the evidence that he has actually drudged up during the course of his medical work, and most importantly, the fact that his background doesn’t crumble under closer scrutiny.

That is more than can be said for most so-called “scientists” in the field of Ufology.

The following is Janet’s original article – and my follow-up for further investigation comes at the end.

Upon first glance, Roger K. Leir may seem to be a quiet, unassuming Southern California podiatrist.

But the well-respected physician (within Ufology) has another area of expertise: surgically removing what he and others believe are other-worldly implants from UFO abductees.

Leir has extricated unusual objects of various shapes and sizes from both men and women, and documented the findings in his book “The Aliens and the Scalpel.”

While some skeptics may suspect that the objects are odd splinters, or the result of some unusual accident that might have embedded those objects, Leir says that the objects he has removed are not from this world at all.

Leir’s surgical candidates are pre-screened to ensure that they have both a sound psychological profile and a plausible alien abduction history.

Based on Sims’ recommendation, Leir formed his first surgical team to remove a bizarre object implanted in the foot of a woman named Patricia.

Patricia claimed to have at least two alien encounters prior to the surgery.

During Patricia’s surgery, Leir needed various scalpel blades to carefully excise the object in her foot. Although Patricia had received adequate local anesthesia, the surgery still caused her to flail in pain.

Leir recalled after more than an hour of searching for the object, the surgical team heard a “crisp metallic click,” as the piece of metal came into contact with the scalpel’s blade.

Leir described the object as needing to be carefully removed from “its fatty and fibrous tissue attachments.”

Leir’s second patient was “Paul.” Paul didn’t realize anything was embedded in his hand until it showed up in an x-ray after an auto accident.

“Paul, did you ever injure your hand or have surgery performed on it?” his physician asked.

While Paul had no recollection of any prior injury or surgery, he did begin to recall at least 3 horrifying alien encounters.

When Leir’s surgical team began to inspect Paul’s hand, they noticed no evidence of any incision, scar or entry wound. But according to Leir, when a magnetometer was passed over the hand, the machine detected a strong magnetic current.

As with Patricia’s surgery, an audible “click” was heard when the scalpel blade made contact with the foreign object.

Both Patricia and Paul’s cases led Leir and colleague Derrell Sims into a new realm of medical inquiry that soon resulted in additional surgeries.

Leir and Sims discovered that mostly all so-called alien implants are placed on the left side of the body, patients undergoing implant removal experience severe pain, even when sufficient anesthesia is administered, all subjects have a compulsion to eat salty foods, and half of all subjects suffer from night blindness. 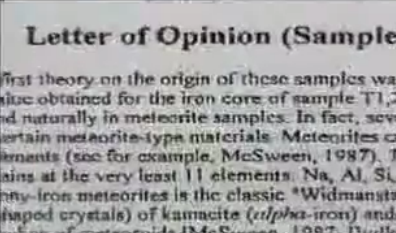 In his book “The Aliens and the Scalpel,” Leir says that his surgical team carefully collected tissue specimens from around the implanted objects.

Test results have allegedly shown large amounts of sensory nerve endings known as proprioceptors. Over the years, according to Leir, tests have been performed on the samples at Los Alamos National Labs, New Mexico Tech, Seal Laboratories, Southwest Labs, the University of Toronto, York University, and the University of California at San Diego.

“There was no anatomical need for these specialized nerve cells to be clustered about a foreign body that is housed deep within the confines of a toe and adjacent to a bone,” he wrote.

Leir says that he was also astonished to find that there was a “complete lack” of visible microscopic inflammation of the tissue samples.

According to Leir, the body often creates an inflammation response whenever foreign objects are inserted.

“This system of defense is designed to ward off any invading substance, thus providing the body with the protection it needs.”

Leir noted that out of the first 8 surgeries performed by his medical team, 4 metallic objects covered with a hard, shiny substance were excised.

Leir discovered that the implants often have a tough, fibrous membrane. When sent to a laboratory for analysis, results revealed that the membranes are derived from 3 biological elements including the blood-clotting protein coagulum, an oxygen-carrying iron pigment similar to hemoglobin called Hemosiderin and keratin, the substance found in human hair and nails.

Leir had several implants analyzed by respected laboratories, including Los Alamos National Laboratories and New Mexico Tech. Leir claims that one laboratory’s analysis compared the implants’ metal composition to that of a meteorite. He wrote:

“Most of the metallurgical analysis indicates that the structure of the objects has an extraterrestrial origin. The composition of the objects includes metals whose isotopic ratios are clearly not from Earth.”

While Roger Leir hoped to gain answers, his surgeries often left him with even more questions.

He says that the implanted objects serve a purpose that has yet to be determined.

“Some individuals with alien abduction histories have artificially manufactured objects in their bodies of a demonstrably extraterrestrial origin,” Leir wrote, adding that at least ufology has its “smoking gun”: hard, scientific evidence of aliens. 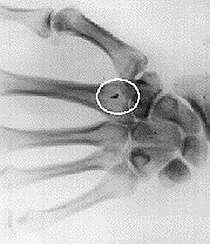 Readers that have signed up for our monthly newsletter know that we are currently investigating several cases throughout the country involving “targeted individuals” that believe they are being harassed through electronic means.

Those electronic means are often through alleged implants, but sometimes simply through what they believe are some form of energy or radiation used to manipulate their health or mental well-being.

Leir’s work struck a cord with me, mostly because the description of the objects he discovered appear to match the description of objects recovered from TI patients. This suggests that if these objects are truly manufactured (a fact that has yet to be scientifically established, in my opinion), it is an erroneous assumption that Sims and Leir have made that the objects are extra-terrestrial in nature.

The Los Alamos lab simply recommended further testing, and New Mexico Tech concluded that the samples were made up of metal material one could only find on a meteorite.

Not only is there nowhere near enough evidence to suggest that these are “alien” implants, but such an assumption also applies an unnecessary stigma to the phenomena surrounding these strange objects. It’s a stigma which keeps legitimate doctors and researchers from examining these cases more closely, and it keeps most mainstream reporters – wary of anything to do with “aliens” – from exploring these unusual and intriguing cases.

Although their intentions might be noble, by tying the discovery of these objects to the subject of aliens, Leir and Sims have done a great disservice to these patients.