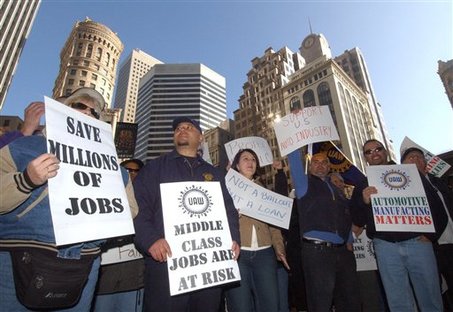 Results from a Harris Poll survey in March of 2012 reveal that public perception of the bank bailouts is that they did nothing to actually help the economic condition of citizens and families, while the perception of the auto industry bailout is one of approval.

The goal of the 2012 results was to compare them to results of a similar poll in 2009, and to compare public perception of the different types of bailouts over that period.


An Analysis of the Bank Bailout vs. Auto Bailout

While President Bush agreed to a temporary bailout of the auto industry in order to keep companies like Chrysler and GM from folding, it was President Obama that put together an overall comprehensive bailout package for the industry. With millions of American jobs at stake, approval for the bailout was split down party lines. Republicans were concerned that it was only the first step by the Democratic President to hand more control over to the federal government.

However, in 2012 auto industries already started paying back the federal loan, and most experts agree that the auto industry bailouts were largely successful. In March 2012, Chrysler announced it would repay $7.5 billion in government loans from the 2009 bailout, even though it had until 2017 to pay off the debt. (1)

The Harris Poll this week shows that most Americans agree that this sort of news is clear evidence that this particular industry bailout was a good thing. Companies like GM are earning profits again, American jobs are saved (and even being created) and the auto sector of the American economy is set to recover.

“I’m not going to go armchair quarterback it. I think there are alternative scenarios that could have worked also, but the point is, is that it’s history, and the important part is it was successful, we’re moving along, creating jobs.” (2)

However, there are still conservative elements that call media references to the auto bailout as “successful” as misleading. For example, author Todd Zywicki writing for the conservative media outlet “Real Clear Politics” writes that the recovery could have happened with our without the federal funds, and that the bailouts “politicized bankruptcy process left both General Motors and Chrysler in a weaker competitive position than if they had simply reorganized in a standard Chapter 11 process.” (3) 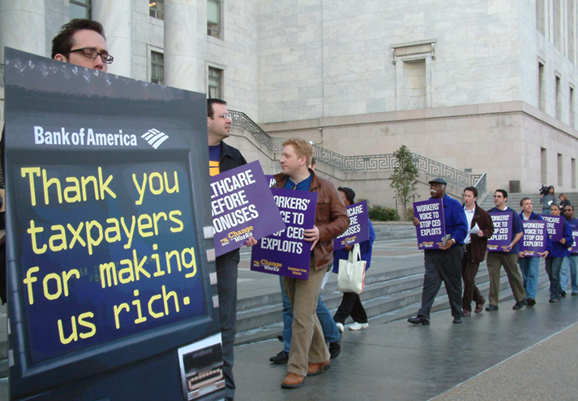 As evidence for the success of the banking bailout as well, some point to the fact that banks have “repaid” their federal loans as well. Unfortunately, repayment of the loans isn’t the whole story. According to a March 9th, 2012 article in the Huffington Post, while U.S. banks have repaid the government’s $211.5 billion dollars from the 2009 bailouts, which were $204.9 billion.

At first glance it looks like the government made a tidy profit on its original loan, however upon closer examination of the repayments, things don’t look quite so good.

A GAO report reveals that 48% of the banks repaid the loans using money from other federal programs, such as the Community Development Capital Initiative, and the Small Business Lending Fund – both programs funded by taxpayer money. Essentially, the banks borrowed from Peter to pay Paul. (4)

It also disproves the claim that the government made any money from the banking bailouts.

In fact, if you look at all of the bailouts – both bank and auto industry – much more closely and with an unbiased eye, you will see that even the rosy picture presented by the claims by GM of successful repayment are not so great after all.

According to the National Review, GM did repay its government loan, but it did so out of a taxpayer-funded escrow account. (5) The New York Times also covered this story in 2010, pointing out that “many billions” of dollars still remain invested in GM, much of which will never get repaid. (6)

By contrast to the apparent complications – and some might say failures – of corporate bailouts by the government, the assistance to private citizens carries a different conclusion. Take, for example, the Cash for Clunkers program.

Many financial experts have pointed to it as a temporary fix that did little to jump-start the American economy in 2009. However, according to the Department of Transportation, the Cash for Clunkers program was a resounding success in another way – it led to a significant reduction in fuel-inefficient vehicles pounding mis-firing pistons along the highways of America.

The CARS Report to Congress revealed that $2.8 billion in fuel savings resulted from the “early retirement” of so many old “clunkers.” (7)

Joseph Szczesny, writing for Time, wrote that the program was actually a success.

“The program accomplished what it was set out to do, which was to get consumers back into the showrooms and to jump-start new-vehicle sales.” (8)

The program helped consumers purchase new cars they couldn’t otherwise afford in the economic downturn, it helped cash-strapped dealers turn things around, and of course it helped most of the car manufacturers as well.

What a comparison between the various government “bailouts” reveal is telling – when taxpayer money goes directly to the taxpayers to stimulate the economy, that is truly the net effect of the investment.

However, when Corporations bet bailed out with taxpayer money, ultimately the end result is that taxpayers end up being forced to fund the payback, while corporate profits get skimmed off the top by Corporate stock holders – the end result being an even wider gap between the rich and the poor in America.