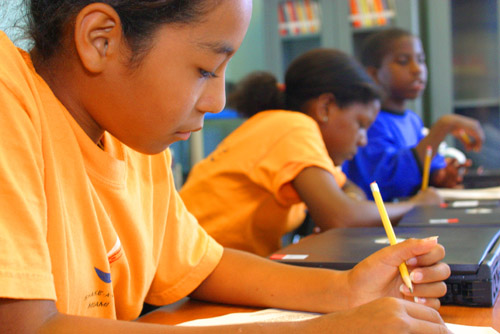 A new ICE (Immigration and Customs Enforcement) report revealed that in the first six months of 2011, the agency deported a total of 46,686 immigrants that had at least one child that was a U.S. citizen.

While there are plenty of Americans that applaud ICE efforts to deport illegal immigrants from the country, the deportation of parents may have unintended consequences for the country. Stacy Martin of the Lutheran Immigration and Refugee Service (LIRS) estimates that at that rate, there are approximately 100,000 kids that are U.S. citizens, and are now without parents within the borders of the U.S.

The LIRS estimate is supported by another report issued in January of this year by the Applied Research Center titled “Shattered Families”, which estimates that over 5,100 children are already in foster care – funded by U.S. tax dollars – because their parents were deported from the country.

Even worse – ARC estimates that within the next five years, at least 15,000 more children will be dependent upon the foster care system for support due to the loss of deported parents.


Are Immigration Policies Too Rigid?

Eric Sigmon, the LIRS Director for Advocacy, wrote in the LIRS press release:

“Despite recent efforts to provide more discretion to U.S. immigration officers, our laws and policies are still too rigid. U.S. immigration officials should have more flexibility to consider the best interests of children when making decisions about the detention and deportation of parents with children.”

In 2011, ICE had issued guidance to U.S. immigration officers about how to determine low-priority cases for removal, but for a parent of a child that’s a U.S. citizen to fall under that category, the parent has to have lived in the U.S. for a very long time, and needs to show that they “made compelling contributions to the United States.”

As the numbers from January through June show, very few parents are successful in making that case, and tens of thousands of kids are left stranded, depending only on the U.S. foster care system to survive.

The situation is far worse than the number of deported parents show. According to a study by the Urban Institute, 5.5 million children currently live in the United States with at least one of their parents being an undocumented immigrant. 75 percent of those children are legal U.S. citizens, having been born in the United States. (1)

However, that population represents a tremendous population of children living each day under the constant fear that their parents will be sent away to live in another country. A child’s choice at that point is to either go live in a different country with the parent, stay in the U.S. with other family members, or in the case where there is no family to care for them – enter into the U.S. foster care system.

In some cases, the children of deported parents choose none of those options, and end up homeless. That was the case described in a PBS report in August 2010, where a girl named Amy watched as her family was deported. She lived with her boyfriend for a while until the relationship ended, and then she was homeless.

The situation is more common than most people think. During a transition after a deportation, immediate family members or a local church may help, but in time, they end up slipping through the cracks.

The Urban Institute has recommended that U.S. born children should have a “fast-track” method to petition ICE to allow their parents to live legally in the U.S. Other groups and a number of politicians have said that the move is nothing more than a “calculated strategy” to start giving amnesty to large groups of illegal immigrants. (2)

Regardless which side of the debate that you fall on when it comes to U.S. immigration policy, one thing that is clear is that many thousands of children are falling through the cracks and are left without a parent to guide them through some of the most critical years. Any solution should take the well-being of those children into account.