Doctor Claims to Have Discovered Cause of Morgellons Disease 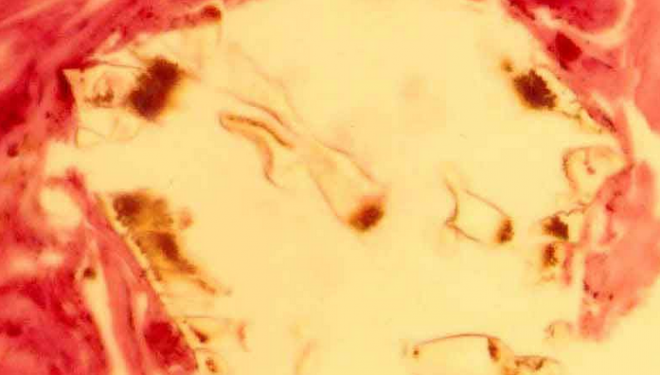 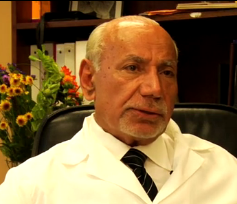 According to a recent press release from the Morgellons Medical Center, Dr. Rahim Karjoo claims that his research has revealed a connection between the Morgellons skin phenomenon and the toxicity of silicone silica.

Dr. Karjoo began his work in the 1990s when he was examining hundreds of cases where patients that had received silicone breast implants suffered from a skin condition that Dr. Karjoo termed “Karjoo’s Phenomenon”. (1)

Three week’s after patients had the silicone implants removed, their skin condition healed and the “Karjoo Phenomenon” disappeared for good.

Rahim Karjoo has been the Director/Pathologist of Doctors Hospital of West Covina, CA and the American Medical Diagnostic Labs. Karjoo has also taught at the University of Southern California, the University of Connecticut Medical School, Pahlavi University School of Medicine in Iran, and was a member of the Clinical Pathology Teaching Staff at Yale University.

According to the press release, Karjoo is in the process of publishing his findings in both medical and environmental journals.

In the summer of 2001, Mary Leitao became concerned when her 3 year old son’s skin near his lips became irritated. He pointed to his skin and said the one word he knew to describe what it felt like, “bugs.”

While rubbing the lotion that the doctor had prescribed for scabies onto the boy’s skin, she felt odd fibers that were emerging from the boy’s skin. As a biologist by career, the mother was both alarmed and intrigued.

She removed the filaments and examined them under a microscope, but they looked like nothing at all she had ever looked at under the scope. The fact that she had worked as a medical researcher for five years made that even more surprising.

The fibers, according to Leitao, were either red, black or blue, and would fluoresce under certain lights. After verifying that the fibers were really coming from her son’s skin and not some external source, she continued her research on the fibers in a real biology lab. However, most answers came from the Internet, where Leitao discovered that the fibers were only the first symptom of the illness – other sufferers reported that later would come neurological issues. (3)

By 2006, her son Drew started to experience the neurological effects of the disease. Her husband passed away in 2004 of cardiac arrhythmia, leaving Mary alone to raise the family while battling the mysterious disease.

Today, in 2012, the Morgellons Research Foundation that she founded is no longer active, and the CDC’s conclusion about Morgellons is that it is an “unexplained dermopathy”, not caused by infection or parasites. According to the Mayo Clinic:

“CDC experts note that the signs and symptoms of Morgellons disease are very similar to those of a mental illness involving false beliefs about infestation by parasites (delusional parasitosis).” (2)

The stance of the CDC and mainstream science is a bit absurd, with the admission that the symptoms of Morgellons includes “fibers, threads or black stringy material in and on the skin”, yet still referring to the disease as likely being psychological in nature – as though patients can will strange, black fibers to grow from their skin.

Dr. Rahim Karjoo references his work and observation of the skin condition in reaction to the toxicity of silicone silica, as a solution to the Morgellons mystery.

Karjoo says that the term “Morgellons” is a misnomer for the disease, and would like to officially rename it to Skin Phenomenon of Granulomatous Dermatoses.

After observing the condition in silicone breast implant patients, and then learning about sufferers of “Morgellons Disease” in subsequent years, Karjoo founded the Morgellons Medical Center, where Karjoo claims that he has successfully treated numerous Morgellons sufferers.

On his site, Karjoo writes:

“Contamination of the toxic materials released in the environment and also those put in the food and used inside the human body as well as those to be used on the skin surface. I will only explore one of them and that is silica, which is Silicone Dioxide. Those governmental agencies should prohibit the use of these products and inform the public regarding the possible side effects, such as the awful disease they call ‘Morgellons’.”

As evidence, Karjoo has publicly published the images and analysis that he has performed on case studies where he has discovered silica particles, and other nanoparticle contaminants as well.

In a few cases, Karjoo discovered other nanoparticles, such as polyurethane.

While it may be easy for skeptics to brush aside Dr. Karjoo’s claims that toxic nanoparticles are to blame for Morgellons Disease, there are actually some preliminary findings in other medical circles that could support Karjoo’s claim.

Nanoparticles in the Environment

According to an article published in the Journal of Nanobiotechnology in 2004 titled “Nanoparticles – known and unknown health risks”, Oleg Salata of the University of Oxford contends that while nano-science is seeing “massive investment” worldwide, nanoparticles are making their way into a greater number of consumer products.

Salata writes that the “potential effects of their widespread use in the consumer and industrial products are just beginning to emerge.”

The article dives into some of the potential effects that those nanoparticles could potentially have on human health. Such nanoparticles are now used in all kinds of everyday products, including “sunscreens, toothpastes, sanitary ware coatings and even food products.” (4)

The most alarming part of the paper is the revelation that nanoparticles used in skin cream medications or in sunscreen may ultimately end up infiltrating into the very deep parts of hair follicles.

“TiO2 particles are often used in sunscreens to absorb UV light and therefore to protect skin against sunburn or genetic damage. It has been reported by Lademann et al in [82] that micrometer-sized particles of TiO2 get through the human stratum corneum and even into some hair follicles – including their deeper parts.”

If Dr. Karjoo observed that patients with silicone implants experienced a similar skin condition that cleared up after the implants were removed, it could indicate that silica nanoparticles, as well as other nanoparticles, could offer an important clue to understanding and solving the mysterious illness known today as Morgellons Disease.