The Norway Killer, Anders Behring Breivik, recently provided his testimony during a trial for committing one of the country’s most heinous crimes.

On July 22, Breivik set off a car bomb and then went on a massive shooting spree in Norway. In total, Breivik is responsible for the deaths of 77 people.

However, Breivik takes full responsibility for the crime; describing it as some sort of civic duty when he told the court that, “I acted in self-defense on behalf of my people, my city, [and] my country.”

However, do these views actually represent the rise of a new type extremism?

It seems that a wave of anti-multiculturalism sentiment is in fact washing across Europe. For decades, political leaders across Europe have been opposing multicultural policies. Last year, The Boston Review reported that German Chancellor Angela Merkel, French President Nicolas Sarkozy and British Prime Minister David Cameron had all denounced multicultural ideologies.

However Breivik’s extreme views and his actions are not condoned by any political leader to date, but many people fear that other, similar extremist acts could follow.

Breivik contends that he is not a criminal, but a patriot of Norway. He believes that those he killed had betrayed his country.

He even went as far as to state, “I would have done it again.” However, how many such “patriots” are out there? How many monoculturism extremists are laying in wait to commit the next terror act in Europe?

The fact is that no one knows for sure. What is known is that such groups do exist across Europe and they are making their views known.

The World Bulletin reported that a large number of European extremists gathered in Denmark to protest what they call the “Islamification of Europe.” The news organization reported that the protestors traveled from all over Europe to participate in the protest, which was organized by the Denmark Defense League, including the United Kingdom, France, Poland, Eastern Europe, Germany and the Scandinavian countries.

Though this protest was specifically aimed at Islamic groups, the anti-multicultural sentiment was certainly present. In fact, Breivik’s very own manifesto reflected these same anti-Islamic tones. In it he wrote:

“You cannot defeat Islamization or halt/reverse the Islamic colonization of Western Europe without first removing the political doctrines manifested through multiculturalism/cultural Marxism.”

When Breivik wrote that multiculturalism is an “anti-European hate ideology,” he was not alone in that belief. However, does that mean that Europe is in store for even more violent acts, such as the one committed by Breivik back in July? 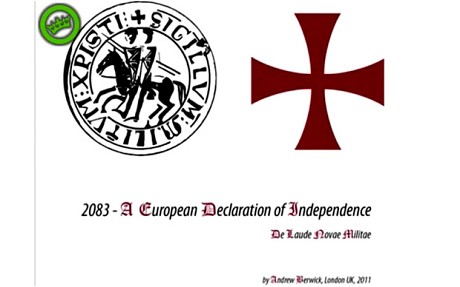 Media outlets across Europe have been reporting on the increased levels of right wing violence.

On December 4, 2011, Deutsche Welle reported that such violence was on the rise in Bulgaria. Earlier this month, European-Circle.com reported that right wing violence “as well as readiness to use force to achieve one’s political goals is on the rise” in Germany.

Also, the website stated that a Denmark intelligence report reported right wing extremists are preparing for a racial war in Denmark and they are prepared to act violently.

As a result, Dani Rodrik, a Professor of International Political Economy at Harvard University, told CNN that right wing extremism could be Europe’s next big nightmare. He states, “The nightmare scenario would also be a 1930’s-style victory for political extremism.”

Rodrik states that the economic instability throughout Europe could somewhat empower these groups and propel them into mainstream politics; which recent elections have proven as possible.

Many right wing groups have gained a small foothold in governments throughout Europe.

To date, violent anti-multiculturalism acts have been few and far between in Europe. However, such acts could become more frequent and more violent if something isn’t proactively done to put these sentiments to bed.