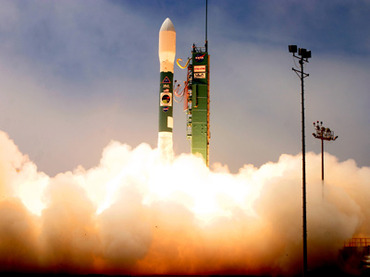 On Tuesday, April 3rd, the National Reconnaissance Office launched another above top secret payload into orbit over the Earth. The payload was put into orbit using a Delta IV rocket launched by United Launch Alliance at Vandenberg Air Force Base.

The launch, designated as NROL-25, took place at 4:12 p.m.,a dn the official reason provided for the launch was that it was “in support of national defense.”

Only a few hints were provided by Mission Operations regarding the purpose for the payload. Jim Ponnick, the Vice President of United Launch Alliance told the press, “ULA is proud to have supported this mission and delivered critical capabilities to the mena nd women defending our freedom throughout the world.” (1)

This implies that the ultimate mission for the payload is a military one, to support the soldiers in battlefields around the Earth.

In fact, the NRO is significantly boosting the population of these highly classified satellites in orbit, with four more NROL-25 launches planned over the next four months.

One thing is for certain. Considering the high-tech abilities and impressive capability of the NASA infrared satellite launched last month, these classified payloads are sure to contain some of the most cutting-edge technologies available.

According tot he ULA press release, the rocket that was used to launch the payload into orbit was developed by the USAF to “assure access to space for Department of Defense and other government payloads.

While this launch was for the NRO – the space surveillance command center of the United States – the next launch planned at ULA is actually going to be a U.S. Air Force payload, launched into orbit on an Atlas V rocket from Cape Canaveral Air Force Station.

A Pratt & Whitney Rocketdyne press releasae also implied that the payload would have a military mission once in orbit.

“The reliable RL10 engine continues to serve a vital role ensuring these critical payloads are safely delivered into orbit, providing critical capabilities to our service women and men serving around the world.” (2)

While no one is certain what is inside the top-secret payload, one thing that’s for certain is that it’s heavy. 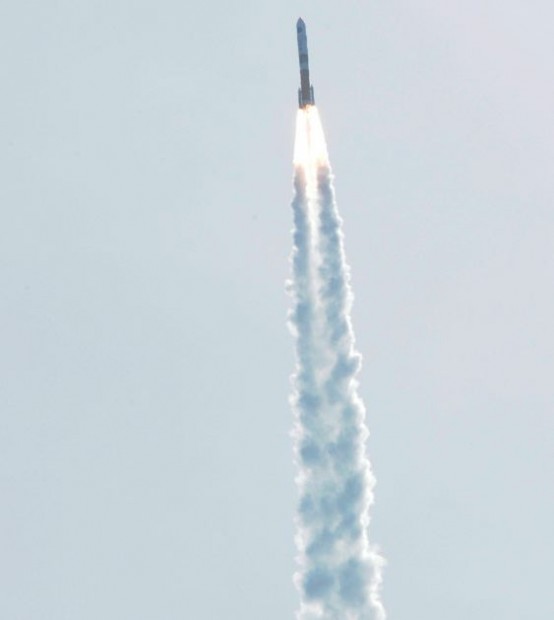 Seeing Through Clouds and in Darkness

According to NBC San Diego, engineers had to delay the launch for a week so that the nose cone of the rocket could be enlarged, and so that additional rocket boosters could be added to support the weight of the payload. (3)

The NBC report stipulated that according to some intelligence analysts, the payload contains a weather-imaging satellite.

“The rocket likely has a weather-imaging satellite aboard, according to intelligence analysts. The satellite can see through night and through bad weather, which means that it can also zoom in to ‘countries of interest’ with great detail, like a Google Earth on serious Cold War steroids.” (3)

The mission is so secret that the NRO directed United Launch Alliance to kill the live broadcast of the launch approximately three minutes after liftoff, likely so that foreign interests could not deduce the path and therefore estimate the intended orbit location for the satellite.

Some news reports have also reported intelligence analysts as saying that beyond seeing through bad weather, the new surveillance satellites will also have the capacity to see at night. (4)

In other words – there’s no more hiding from spy satellites by using heavy cloud cover, or under the blanket of darkness.