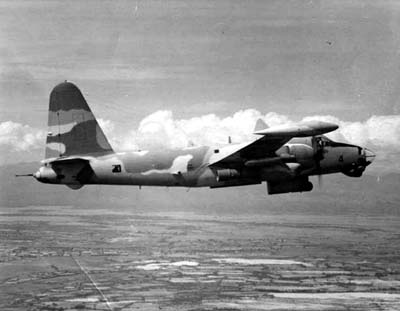 Over the past few months, we’ve covered some of the history of the American military efforts to control the weather. We’ve covered Project Cirrus of the 1940s, and the multi-decade weather modification project known as Project Stormfury.

In those cases, there were many scientists arguing that the Projects were not a success, and any perceived “successes” were nothing more than circumstantial. The 1970s was a time when many such “fringe” government projects were debated throughout the scientific community and debunked.

However, there is one weather modification project that can’t be swept away or dismissed quite so easily. That project was known as Project Popeye, and it involved cloud seeding in Laos throughout the late 1960’s in an effort to extend the Vietnamese rainy season. If the project mission was successful, it would hamper North Vietnamese vehicular movements on the ground, and slow or eliminate the movement of enemy resources through the Se Kong area.

The first 50 case samples of the Operation Popeye experiment began in September of 1966 and lasted for about one month. According to declassified project documents, scientists found that with the 56 samples attempted, over 85 percent of the weather modification efforts were deemed “successful”, in that the weather responded to the cloud seeding in a predictable manner. (1)

In fact, the Air Force considered the project so successful that COMUSMACV proceeded to implement the Project Popeye technique as a full-scale effort across the Vietnam theater. (2)

Once the technique was implemented on a wider scale, the efforts to manipulate weather took place not only over Laos, but extended into western North Vietnam, the A Shau Valley of South Vietnam, as well as Northeastern Cambodia starting in 1972. By July 5th, 1972, due to the details surrounding weather modification being leaked to the public, the efforts to create rain officially ended. (3)

This Operation is not the delusional ramblings of conspiracy theorists – it really happened and is well-documented. In fact, in “The Pentagon Papers,” by Mike Gravel, confirmed the operation in its description of “LAOS OPERATIONS”, where it stated:

While the Air Force leadership in charge of operations in Vietnam considered weather modification to be just one more important tool in the entire arsenal at the military’s disposal, the moment Jack Anderson released details about the operation (using the secret 1967 memo with the excerpt quoted above) in the Washington Post on March 18, 1971, things took a turn for the worst. 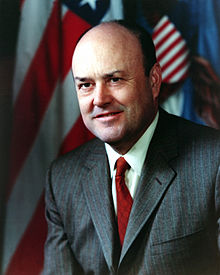 The first reaction to the release of the secret memo about Operation Popeye was denial. U.S. Defense Secretary Melvin Laird testified before Congress in 1972 that “Anderson’s wild tales” were completely false.

However, in a private letter from Laird that was leaked to the press in January of 1974 regarding Operation Popeye, Laird admitted that he had lied in his 1972 testimony. The Defense Secretary was forced to attend a top secret Senate hearing where he and other military leaders were finally forced to admit that Anderson’s “wild” conspiracy theory was absolutely true – that the military had been seeding clouds over Cambodia, Laos, as well as North and South Vietnam from 1966 through 1972. (5)

The last tally once the operation ceased in 1972 included 2,600 flights, releasing over 47,000 units of material (mostly silver iodide or lead iodide) into the clouds. In the end, Operation Popeye cost the American taxpayer approximately $21.6 million.

In the final analysis in the years after 1972, scientists disagreed as to whether Operation Popeye could really be called a “success”.

Scientists later pointed out the fact that it was impossible to prove whether additional rainfall was truly a result of cloud-seeding efforts, or just a normal part of the Vietnam monsoon season. Scientists pointed out that the DIA (Defense Intelligence Agency) estimates that cloud seeding increased rainfall by up to 30 percent were nothing more than a scientific guess, and that the difficulties that the enemy had when traveling through those areas of the country were no different than normal during that time of the year.

Scientists also pointed out that it was more likely that weather conditions over the Indian Ocean or South China Sea contributed to the typhoons that occurred during the period when Operation Popeye was active.

Before the scientific debate could be decided one way or the other, Senator Claiborne Pell and Congressman Donald Fraser led the political charge to ban such use of environmental modification. In 1978, the EnMod Convention was signed, which prohibits “Military or Any Other Hostile Use of Environmental Modification Techniques”.

The military officially swore off all efforts to make military use of environmental modification techniques to gain military advantage over any future enemy. At least, that’s the story the public was told.