The New Police State and Wikileaks – Fasten Your Seat Belt 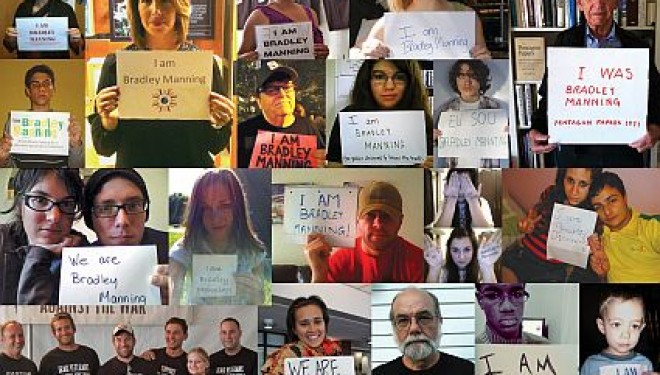 As of April 2, 2012, Wikileaks has been under financial blockade for 486 days, Julian Assange has been under house arrest with no charge for 483 days and Breanna (Bradley) Manning has been held without charge for 680 days.

Welcome to the new global police state, enforced by the United States.

This isn’t hyperbole. Regardless of what a dictionary might say, a police state is one where the rule of law does not apply. In a world where men are being held without charge for the crime of exposing the truth about a murderous international war of empire, there is no more fitting word.

One need not be a conspiracy theorist to accept such a fact. One need only have eyes that can see and a brain that can reason and a heart that longs for human freedom.

Election season is gearing up, and the American political spectrum is about to make its quadrennial lurch to the right.

The name “Bradley Manning” will not be spoken once during the debates, nor will the name “Julian Assange.” But the fact is, the candidates will speak of issues related to both these men, including the role of the American military abroad and the value of indefinite detention and “enhanced interrogation techniques.”

When American political discourse speaks of war, it does so as if the question of American intervention abroad is settled. With the exception of Ron Paul, no one in mainstream American politics questions the right of America — a country built in large part on slavery, genocide and imperialism — to intervene globally.

Rather, the discourse revolves around whether or not interventions are appropriate, or likely to be settled with a minimum of American casualties.

No one in the presidential race will question the role of drone strikes or the assassination of American citizens for making YouTube videos.

However, the American people are, have been and will continue to have those discussions. The Tea Party made headlines across the world for protesting against the worst part of a bad bill, the mandate that all Americans purchase healthcare from private firms.

What barely made any headlines are the hundreds of thousands of Americans who have protested the American intervention in the Middle East since day one. Nor has there been any serious discussion of the fact that Americans now — by a margin of two to one — oppose the war in Afghanistan and its adjunct assault on Pakistan.

So I ask you: In what way is our country a democracy? In what way are the needs and desires of the masses of Americans expressed through our political discourse?

A War on Whistleblowers

As the American empire declines, it is forced to become more brutal and to make greater and greater efforts to repress the population domestically – and cover up its crimes in the process. The next four years will see more of the same, just as the current administration has largely continued the policies of the previous one.

But you can take some small comfort: Bastille Days do happen.

The majority of Americans do not support wars for empire, police state measures and suppression of dissent. The problem, however, is that our rulers know this, and have far greater resources at their disposal than we do.

Still, the same could be said of the Parisians who took it upon themselves to liberate the prisoners of the French king.

Occupy Wall Street took inspiration from the Arab Spring and gave the latter a new infusion of energy. This new infusion of rebellious fervor in the Arab world will in turn further radicalize people in the United States.

The point? Fasten your seatbelts. It’s going to be a bumpy four years.