Pamukkale Cavern and the Temple of Apollo 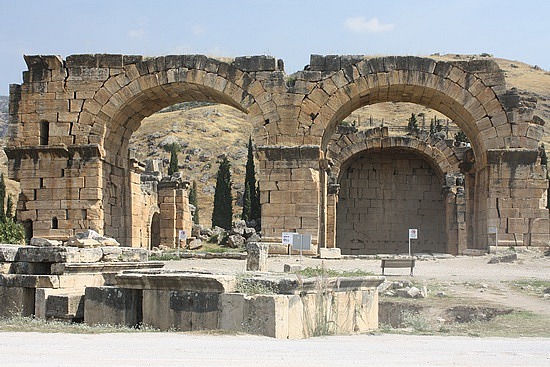 Throughout history, it was common practice for people to use natural formations as places of worship. Why build a church or building when nature was able to provide a fantastic monument of its own?

It was this exact stance that the Ancient people of Hierapolis used at modern-day Pamukkale cavern and the Temple of Apollo.

Pamukkale – meaning Cotton Castle – is located in the Denizli Provence of Turkey. It derives its name from the mineral deposits that form in the hot springs; giving the appearance that the site is constructed out of cotton.

Since 1988, the area has been classified as a World Heritage site and is a major tourist destination in the region; however, in ancient times, the springs and surrounding caverns were commonly used for spiritual purposes.

The Temple of Apollo

The hot springs were believed to have special healing powers. Many visitors who travel to Pamukkale still believe that the springs can cure a variety of ailments such as heart, circulatory, nerve, kidney, rheumatic, and paralytic diseases along with conditioning the skin.

The ancient city of Hierapolis was built on the hot springs, and nearby the people of Hierapolis built a temple to worship their city god, Apollo Lairbenos. The citizens of Hierapolis claimed that Apollo Lairbenos founded the city himself, though most scholars believe that the city was actually founded by Eumenes II, king of Pergamum (197-159 BC).
Behind the temple was a cavern known as the Plutonion. It was named for Pluto ruler of the underworld. The entrance to the cave was only big enough for a single person to fit through at a time. However, most people who entered the cave died.

The Reality of the Pamukkale Caverns

The people of Hierapolis believed that they were killed by Pluto. However, temple priests were able to enter the cave and return unscathed. They claimed that they were gifted with powers from the gods.

The reality was that people who entered the cave died from carbon dioxide poisoning due to the volcanic activity in the area.

Carbon dioxide filled the cave. Historians believe that the priests found ways to navigate the caves to either avoid the carbon dioxide or to hold their breath until they reached hidden natural pockets of oxygen.

Not only did this secret solidify the priests’ position with the masses, but it also created a decent income for them. They would sell small animals to the citizens so they could watch the “power of Pluto” in action. 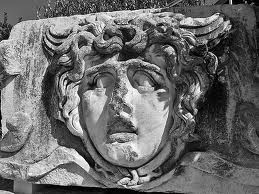 The entrance of the cave was closed off when Christianity came into the region, and eventually the temple and the town of Hierapolis was lost to history. When the area was excavated and the temple was discovered, it was considered one of the most fantastic discoveries of the region.

Just like in ancient times, Hierapolis is bringing a considerable amount of income into the region. People from around the world visit the springs and numerous tours run through the ancient city every year.

Pamukkale and the Temple of Apollo have a long and interesting history that stretches back to ancient times. Whether you are looking for spiritual, healthful, or an educational excursion, it seems that the Pumukkale and surrounding areas have it all.

If you are planning a trip to Turkey for whatever reason, the Pamukkale and the Temple of Apollo is a definite must see for a great adventure into the past.