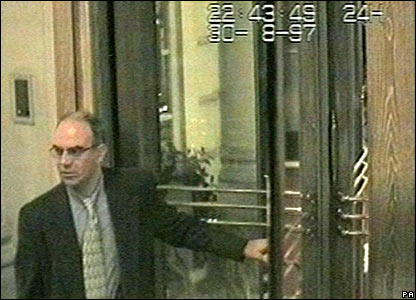 The English investigation from which the Paget Report came from effectively began life in mid 2005. Concluding in 2008, it was the longest enquiry in U.K. history (1).

Although Martin Gregory claimed that Al Fayed brayed for the investigation and invested millions of pounds to have it happen, the truth is that the Paget Report was actually the result of public outcry over the poorly managed French investigations.

Individuals, like Princes Phillip and Charles, nor important witnesses in the Alma tunnel and the Ambulance on that night, ever testified. Many critics thus felt that difficult witnesses served as mere lip service for footnotes, or were ignored.


Something in the Water: Henri Pauls Bizarre Toxicity Tests

Henri Paul stands accused of being an alcoholic drunk driver and thus the main reason for the deaths that night (2).

However, the much maligned Kez Wingfield and Spencer’s bodyguard Trevor Rees Jones noted that Paul did not appear drunk, nor did he smell of alcohol on the night in question.

While Paul did drink that night, and Al Fayed’s security chief had to back track (as seen in Part VIII). The two drinks he had were hardly enough to put him over the limit.

In one of the better thought-out documentaries, a toxicologist examined Paul’s liver from his original post mortem and found that it had no signs of the alcohol abuse of which he was accused (3). It has been observations like this that have aroused suspicions of the drunk driver scenario.

Since the beginning of the case, there have also been allegations of tampering with Henri Paul’s blood. The incompetence of the French toxicologists, and their handling of evidence, has thus fed allegations of conspiracy (4). Their performance was so bad, that in January of 2004, even the ever-conservative, The Times Newspaper, could not ignore the rumblings of the British Police and officials, since the first French inquiry seriously questioned the validity of the tests and even began offering other non-alcoholic reasons for the crash. 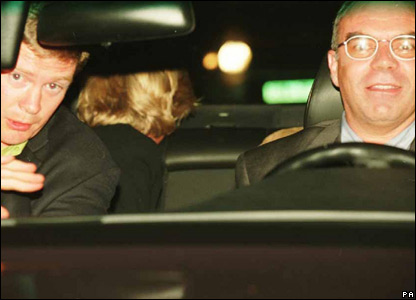 Four other issues besides Paul’s clean liver really stuck out when I started looking into Paul’s chemical tests. In particular, I came across one of the better conspiracy tomes, “Cover up of a Royal Murder: Hundreds of errors in the Paget Report” by Australian John Morgan.

While Morgan lets himself down by going with the pregnancy and marriage angles, he does however provide a well organised, easy to read break down of the case.

The first was toxicology tests conducted by a Dr Pepin in early of September 1997. Hair and blood samples were acquired from the corpse that supposedly tested positive – Paul’s blood showed traces of two anti-depressants, Fluoxetine (Prozac) and Tiarpride (Tiarpridal) – searches of Paul’s office and home again found no evidence of him purchasing these medications.

Paul had apparently seen his doctor for these ailments once every four months. However, by the time of his accident he was well behind on his visits. The final oddity we encounter with Henri’s drug samples is that during the aforementioned searches of Paul’s apartment and work place, the only evidence of prescription drugs found was an anti-alcoholic medication Aotal.

Yet, surprise surprise, there was no trace of that drug in his blood (Morgan pages 247-250).

Nonetheless, the weirdness does not stop there.

Paul’s hair sample had traces of Albendozel (Zentel), which is a prescription drug used to combat intestinal worms. However, Paul’s doctors said he never had worms, and none were present in his autopsy.

One weak explanation in the Paget report was that he got it ‘over the counter’ for a dog. Paul never owned a dog and as Morgan points out on pages 250-251, investigations of Paul’s apartment and office showed no evidence of his owning such medication.

The idea that the samples could well have come from someone else, or at Paul’s apartment is another interesting angle. The main use of Albendozel (Zentel) is for treating homeless people with worm infestations, yet quite obviously Paul was not homeless (Paget Report 176, 317, 340-41).

Furthermore, according to Professors Peter Vanezis, John Oliver and Atholl Johnston, there was no trace of the drug in his blood tests. Once again we are left with the impression that the sample may well have come from another party. 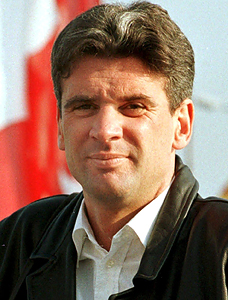 Perhaps the strangest of this already strange batch of tests is that Paul’s blood contained high doses of Carbon Monoxide (CO).

A number of people have stated theories that these levels in his blood could have been the result of, for example, the exhaust fumes in the tunnel itself, the car’s engine, deposits on the driver’s air bag and the cigars he smoked prior to his date with destiny. However, under tests, the levels of CO from all of these factors were apparently not near enough to incapacitate anyone.

Furthermore, Rhys-Jones, Spencer and Fayed were never tested for CO poisoning. This has led people to speculate that Pauls blood samples could have been switched (there’s a theme here) with an individual who had gotten loaded, and then committed suicide via CO inhalation.

A compelling article by Dr Alan Barbour casts doubt on the official findings. One of the questions Barbour asks is also overlooked – why did the toxicologists test? (5)

It is obvious that away from all of the hype surrounding the faux pregnancy and marriage angles that Henri Paul, not to mention the questions surrounding his role that night, have been central to the case for prosecution and to the case for conspiracy.

While Paul’s toxicology reports are highly controversial, what has never been discussed to my satisfaction in anything I have read thus far, is the Ritz Hotel. It has all the mystery and intrigue of the infamous Cantina in Mos Eisley spaceport.

Richard Tomlinson, bearing a resemblance to Han Solo, openly admitted in his book that he had no evidence of MI6 involvement in the case. Nevertheless, on page 72 Chapter 6, of ‘The Big Breach’ and Chapter 16 of the Paget Report, Tomlinson’s comments about Henri Paul’s connection to MI6 were given some mention, via his seeing a file on a member of the Ritz staff he believed to be an MI6 informant that could have been Henri Paul.

While there has been no clear evidence of this, Tomlinson is once again close enough. On pages 777-778 of the Paget report, it appears that Paul did indeed have connections to the French security services, DST. This was further backed up by associates of Paul’s, like Claude Garrec, who discussed him not being an ‘agent’ but more or less an intermediary, finding out about security measures for visiting dignitaries and nationals staying at the Ritz, which has been awash with all manner of political figures and intrigues for decades.

Downplaying the Role of Intelligence Service

The Paget Report and Martin Gregory have downplayed the point that the movers and shakers of the arms, criminal and intelligence worlds have regularly congregated in the building as a neutral meeting place for many years.

Al Fayed was the proprietor of the joint when the ‘October Surprise’ against Jimmy Carter was formulated there by arms dealers and CIA stooges like George Bush (7), and a number of other scandalous deals have gone down there worthy of a novel (8).

By all accounts, Fayed had bugged the Ritz intensively and probably had some knowledge of all of this. Thus, Gregory’s and the Paget Report’s comments that Paul had never had contact with anyone from MI6 is just as bizarre. Equally strange is the fact that, for all of his security, Al Fayed doesn’t seem to have ever captured Paul with any member of MI6.

Yet for all this, the chances of Paul hanging out with MI6 agents (wittingly or not) in or near a place as immersed in mystery as the Ritz, is actually very high.

Thus, while Tomlinson once again appears incorrect on many counts, given the correct latitude, Tomlinson is still surprisingly close to reality.

As mentioned above, I find it hard to believe that Paul would wittingly kill himself and the car’s occupants, let alone be naïve enough to believe he would live after participating in such a conspiracy.

However, the latter seems to be what Al Fayed believes. That Paul, who had loyally served his boss over the years, would do such a thing is hard to fathom. One suspects it was simply the manipulation of simple human greed.

Many people have speculated that the large amounts of cash found on Paul’s person was evidence of a payoff.

While it is a feasible theory, they do tip big at the Ritz. Perhaps another feasible explanation is that some of the money on his person meant he was giving inside info as to where he would offload Spencer that night. This may have meant he gave details of the detour prior to leaving, or had been paid to go that way.

In the footage, it appears that Paul did alert people he believed to be paparazzi to his presence that night (9). There has been conjecture about the route the vehicle took that night. While Paul’s route via the tunnel was in fact longer, it was a more direct route to the back of Fayed’s apartment.

While Gregory’s condemnation of Al Fayed’s security apparatus surrounding Spencer is hard to argue with, Gregory has never criticised Al Fayed for his history of involving himself in matters well out of his depth.

Clearly, prior to the Diana tragedy, Al Fayed obligingly played along with all manner of intelligence agencies when it suited him. In so doing, he found himself extremely vulnerable to their machinations. If there was a plot, researcher Charles Drago has long commented that there had to have been infiltration of his staff.

It is an interesting possibility and certainly one that gains credence if we accept Al Fayed’s fatal mistake may well have been his deceiving himself that his previous encounters with intelligence officials, not to mention having a number of ex intelligence people on his staff, insulated him from their designs. The grim reality for people doing business with intelligence services is that ‘they’ do things when and how it suits them.

In the next issue, I shall discuss the car Spencer was in, and whether or not the vehicle was actually tampered with.