The FBI Files on Charlie Chaplin and Communist Allegations 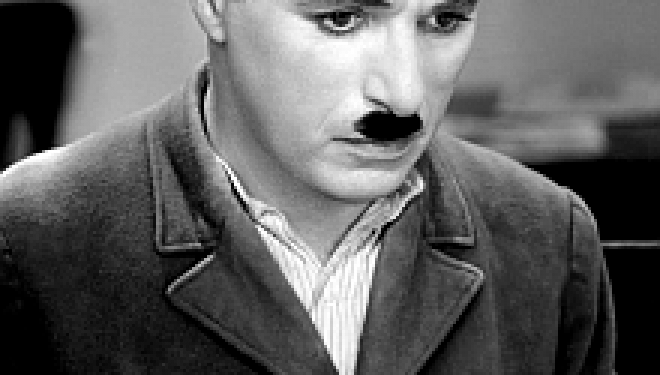 Many believed that Communists had infiltrated American schools, government, and especially American movies. Hollywood producers and actors were often accused of being Communists. Even Martin Luther King Jr was faced with such accusations.

Charlie Chaplin is probably most famous for his character The Tramp, and he was one of the founding fathers of the United Artists Corporation film studio. However, from 1922 through 1978, the FBI maintained a case file on Charlie Chaplin to investigate his “Un-American Activities.”

These files have finally been declassified and are available on the FBI’s Vault webpage (1).

The file chronicles a series of letters sent to the FBI from anonymous sources linking Chaplin with several prominent figures within the Communist party. These letters accused Chaplin of donating $1,000 to the Communist Party, and holding a fundraiser in his studio for William Z. Foster.

Foster was the organizer of the 1919 steelworkers strike and would go on to become the chairman of the National Committee of the Communist Party USA. According to Joyce Milton’s book, Tramp: The Life of Charlie Chaplin, Chaplin actually spoke with Foster, telling him, “We are against any kind of censorship and, particularly, against Presbyterian censorship.”

Then, according to Milton, Chaplin leads Foster to the men’s room were a button reading “Welcome Will Hays” was at the bottom of a toilet. This button referred to William Hays who created the Hays Code, which was used in the censorship of American films.

However, not only was Chaplin accused of fraternizing with Communists, but he was flat out accused of being one.

According to the FBI report, Chaplin’s name was found on a list of “radical” actors and musicians. The document was titled, Radical Artists, Actors-Writers-Musicians Demand a Second Front. However, this information was sent to the FBI from another anonymous source.

The FBI urged agents to not only confirm the tip, but the source as well. These allegations led the FBI and the INS to investigate Chaplin in 1952. During this time, Chaplin and his family were on a world tour and there was some speculation that they would not be allowed back into the country once the tour was over.

After making his decision, Chaplin released this statement:

“Since the end of the last world war, I have been the object of lies and propaganda by powerful reactionary groups who, by their influence and by the aid of America’s yellow press, have created an unhealthy atmosphere in which liberal-minded individuals can be singled out and persecuted. Under these conditions I find it virtually impossible to continue my motion-picture work, and I have therefore given up my residence in the United States.”

After making his decision to leave the U.S., Chaplin moved to Vevey, Switzerland and did not return to America for another 20 years.

The FBI files also show that even after Chaplin did not return to the U.S., there were several U.S. officials trying to ban his films from being shown in the country in 1962. According to the file, an Illinois senator felt, “…that legislation should be enacted to prohibit Chaplin’s films from being shown in the United States or any publicity given to Chaplin in United States’ periodicals.”

To add a bit of mystery into the mix, MSN News recently reported that released MI5 files show once Chaplin did not return to the U.S., the FBI asked MI5 to search for Charlie Chaplin’s birth records and background. According to those records, the MI5 could find no documents confirming that he was ever born in London in April 1889.

In 1972, Chaplin finally returned to the United States to receive the honorary Oscar award.