The Truth About Nanjing and the Controversy 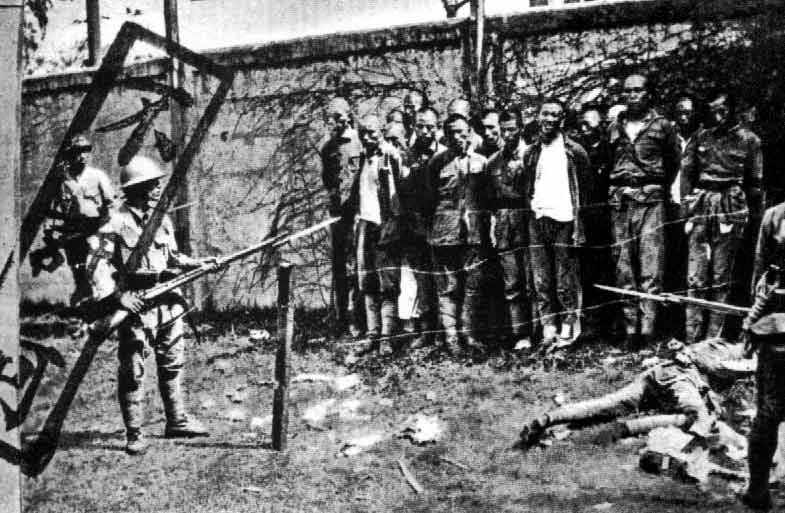 The Nanjing Massacre, sometimes referred to as the Nanking Massacre or the Rape of Nanking, was an alleged mass murder and mass rape of Chinese civilians by soldiers of the Imperial Japanese Army.

The massacre allegedly took place on December 13, 1937 following the Japanese capture of the city of Nanjing, the former capital of the Republic of China. (1)

The claims are “alleged”, because despite both witnesses and historians estimating that between 250,000 to 300,000 people were killed, and that widespread rape and looting also took place, (2); the event remains a highly contentious and controversial political issue.

Certain Japanese nationalists and historical revisionists have claimed that the massacre was either wholly fabricated or exaggerated for propaganda purposes.

One such advocate of the fabrication theory is Satoru Mizushima, a Japanese film director, whose film “The Truth About Nanjing” depicted the filmmaker’s account of what actually happened in 1937. Mizushima claims that the Nanjing Massacre and the so-called butchery of Chinese people by the Japanese Imperial Army, is nothing more than political propaganda. (3)


The Truth About Najing as Political Propaganda

In 2007, a film titled ‘Nanking’ was released at the Sundance Film Festival in the U.S. According to the Internet Movie Database (IMDB), in “A gripping account of light in the darkest of time, ‘Nanking’ tells a story of the invading Japanese army murdering more than 200,000 and raping tens of thousands of Chinese. In the midst of all the horror, a group of Western expatriates banded together to save 250,000 – an extraordinary act of heroism.” It describes it as a film that brought an “event little-known outside of Asia to a global audience”. (4)

Whilst certainly possessing all the necessary criteria for a successful movie – horror, tragedy and heroism – it is interesting that IMDB’s appraisal of ‘Nanking’ states that “tens of thousands of people were raped” during the massacre, significantly conflicting with the many other accounts of the Nanjing Massacre which state that 20,000 women were raped.

As the Christian Science Monitor states:

The Christian Science Monitor goes on to say:

“70 years after Japanese soldiers took the then-Chinese capital on December 13, 1937, battles over everything from numbers of casualities to the extent of the brutality in the six weeks after the Japanese marched in remain a point of contention.”

The film director Mizushima viewed the release of ‘Nanking’ as a “set-up by China to control intelligence”, and felt an obligation to counter that film by making his own. (6) 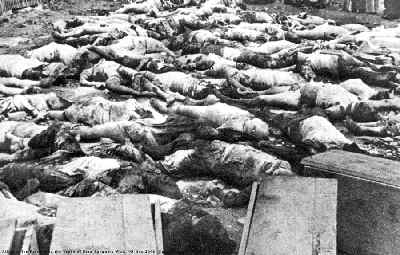 An Erroneous Understanding of History?

In a news conference held in 2007, the year ‘The Truth About Nanjing’ was released, University professors and other critics joined Mizushima in an attempt to “strike back against an erroneous understanding of history”.

Talking at the conference, the filmmaker spoke of his ‘responsibility’ to uncover the truth about Nanjing.

“I feel a huge responsibility to spread a correct understanding of history. As part of history is being distorted. My goal will be to tell the facts as they are,” claimed Mizushima at the conference.

“The anti-Japan propaganda will spread over the world and become an established fact. They would not only put shame on the Japanese people but also disgrace those who fought in the war, which is unacceptable,” continued Mizushima. (7)

“The Truth About Nanjing” was released in late 2007, in commemoration of the 70th anniversary of the fall of Nanjing to Japanese forces. The film features interviews, documentary footage and re-enactments by actors.

The film, which essentially denies the massacre ever took place, received considerable support in Japan, including from several politicians, including Shintaro Ishihara, Tokyo’s right wing governor.

Since the release of “The Truth About Nanjing”, the somewhat suppressed minority of believers that the massacre was over-exaggerated propaganda have become more vocal. Masaru Naya, a former senior officer, said at a Yasukuni war memorial shrine meeting in 2007 that, “I’m sure that there were absolutely no Japanese soldiers’ assaults on Chinese civilians.” (8)

Other Japanese Officials Speak Out

At the same meeting, Heidayu Kono, a captain of the infantry regiment, backed up this sentiment, claiming that it was “calm in the city”. Tomeji Kita, a then 89-year-old former infantry corporal, confirmed that account. (9)

Countering this view, writers at Shanhaiist.com state that not only does “The Truth About Nanjing” essentially deny that the massacre ever took place, but it even honours several post-war criminals as martyrs. (10)

What was a contested subject even prior to the release of the film, following its release the debate over whether or not the Nanjing Massacre actually took place has become even more poisonous.

While many Western and Chinese historians believe the Japanese Imperial Army went on a six-week spree of murder and rape, Mizushima’s film has provided a broader ground of support for many Japanese historians’ claims that the accepted historical view of what happened in Nanjing in 1939 has been “wildly exaggerated”.

Mizushima claimed that his film ‘The Truth About Nanjing’ would not be bigoted or spread anti-Chinese ideology in any way. However, in attempting to expose alleged Chinese propaganda, the film has done just that. The clear message of the film is that the Nanjing Massacre was nothing more than a politically motivated frame-up by China, and numerous western eyewitnesses.

Ironically, Mizushima’s film itself could be described as highly-effective Japanese propaganda.

In coming months, we will examine the facts and available historic evidence from both sides of the debate, to offer a realistic depiction of which side stands firmly in reality, and which side offers nothing more than propaganda.