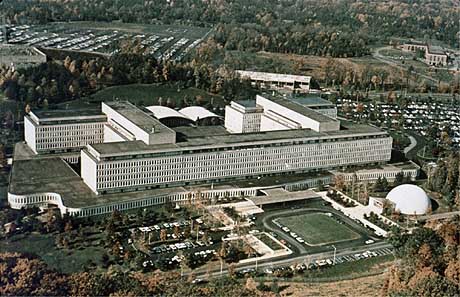 Sifting through hundreds upon hundreds of declassified documents that have been released via the CIA 25 year review can really make for some interesting reading.

One of my favorite document types that I like to read through are the periodic “trend” reports, where CIA experts attempt to predict what the world may look like over the coming decade or so.

I like them, because they help to gauge whether or not those experts were truly accurate in their predictions, or whether they were just blowing smoke.

I came across just such a report during my research this week. It was a report released in December of 2000 titled “Global Trends 2015: A Dialogue About the Future With Nongovernment Experts”.

According to the authors, the paper came from information and viewpoints expressed at numerous conferences held at places likek Georgetown University, the International Institute for Strategic Studies in London, and of course the CIA itself.

So what’s so special about this report?

The truth is, after reading the report from the front page to the last, I realized that the authors of this report got at least five predictions true about what the world would most likely look like in 2015.

It’s important to keep in mind that these predictions all took place way back in 2000 – over a decade ago.

Now that we’re only a few years away from 2015, it seems like a good time to step back and gauge just how accurate those experts were.

On page six of the report, the author writes:

“..declining birthrates and aging will combine to increase health care and pension costs while reducing the relative size of the working population.”

While few people could argue that health care and pension costs have gone up – so much so that many companies have completely phased out their pension plans. 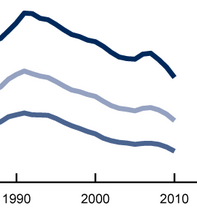 However, how accurate is it to say that birthrates and the working population has decreased?

Surprisingly, the birth rate actually climbed up until 2007, until the recession started to hit and birth rates began to drop significantly.

By 2010, the birth rate dropped another 3% – third straight year in a row, and among younger women, birth rates hit a record low. (1)

I’d say this first prediction was a home run, with one stipulation. It wasn’t so much the size of the working-age population that dropped, but the ability of the economy to support that existing population.

“In developing countries, these same trends will combine to expand the size of the working population…..increasing the potential for economic growth and political stability.”

To confirm this prediction, one only needs to look at Egypt. Egypts population nearly doubled over 30 years – producing a larger working population with an economy that couldn’t support it.

That unbalance led to political instability and the toppling of a regime. If the CIA prediction proves true, then Egypt – and other countries in the Middle East that are in the process of toppling their own dictatorships – will in fact see economic growth and political stability by 2015. 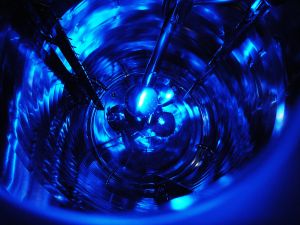 The report author also covered the topics of advances in medical biotechnology and genetic engineering.

It is impressive that the cIA foresaw the explosive growth of genetically modified crops, of which we’ve reported a great deal right here at TSW.

“Biotechnology will drive medical breakthroughs that will enable the world’s wealthiest people to improve their health and increase their longevity dramatically. At the same time, genetically modified crops will offer the potential to improve nutrition among the world’s one billion malnourished people.”

It is fascinating to note the phrase, “…that will enable the world’s wealthiest people to improve their health. It is almost as though the CIA experts envisioned the widening economic disparity between the rich and poor, and how the shrinking upper class would enjoy greater access to quality health care services.

The report also noted the rise of religious or political extremism due to globalization.

“Regions, countries and groups feeling left behind will face deepening economic stagnation, political instability, and cultural alienation. They will foster political, ethnic, ideological, and religious extremism, along with the violence that often accompanies it.”

Could this description cover the Norway Attacks, where the shooter, Anders Behring Breivik, described his motives in a way that left little doubt that the attack was motivated by cultural issues and the shrinking economy.

Anders blamed the influx of foreigners, and hoped to “reclaim” the country through his violence.

Just this year, another man – Peter Mangs, 40 – was arrested for shooting at immigrants in Malmo, Sweden. (3)

Do these acts of violence confirm CIA predictions? If the violence continues into 2015, the answer to that question is even more likely to be affirmative.

The last prediction that I thought was not only accurate but ironic, was the statement that the world of the future would automatically create greater transparency of government.

“Globalization will increase the transparency of government decision-making…”

Little did the CIA realize just how dramatically that vision would come true. In fact, Wikileaks produced transparency in the Guantanamo and Iraq cases that stained the reputation of the CIA itself.

The leaders of the agency probably should have heeded their own predictions, and realized that eventually that transparency would lead to the U.S. public learning about CIA activities in torturing and interrogating suspected insurgents.

No matter how you look at it, the majority of the predictions in the 2000 CIA report did in fact come true.

However, the report offers a positive spin to things like genetically engineered crops and biotechnology, and those may be the two areas where the CIA report got it wrong.

Unfortunately, only time will tell whether those advances are actually a good thing or not.